When we think hypercars, we probably assume that it comes from a manufacturer in Italy, Sweden, Germany, or even France. When we think Bulgaria, it’s usually sweeping mountains, lakes, and roses. Put hypercar and Bulgaria in the same sentence, and confused looks are the norm. It seems, however, that a certain manufacturer from southeastern Europe is about to change the perception of hypercars, in this case, electric hypercars.

Founded in 2015 with its headquarters in Bulgaria, Alieno creates futuristic hypercars that represent brutal technological superiority and incredibly edgy designs. It’s name, Alieno, is Italian for Alien, and, quite frankly, their concepts are out of this world. Their debut model, the Arcanum (more cryptic names, as it stands for “the secret of the secrets” in Latin) has been available for order for some time now, and is an all-electric hypercar which is capable of 5,221 hp and 8,880 Nm of torque. No, those aren’t typos, and its top speed is to be over 488 km/h. The Arcanum hides many secrets (pun intended), but what we know is that it is a 2-door/2-seater robotic hypercar - the first of its kind. There will be four versions available, with RP5 being top spec at 5,221 hp, RP4 with 4,351 hp, RP3 with 3,481 hp, and RP2 with 2,610 hp. RP stands for "Raw Power", while the corresponding number after it (5, 4, 3, 2) shows the approximate power of the version in thousands of horsepower. Each version can then be further modified three ways: STR (Street), TRC (Track) and RCE (Race), where basic dynamic characteristics are the same, but only differ by standards/homologations they meet (street, track, and FIA competition motorsport). Oh, and over-the-top doesn’t end there. Keeping things planted is active and adaptive aerodynamics, with robotic elements for flaps and mechanisms, part of which are visible in the exterior design, while others are inside of the car. This innovative technology, allows for an improved movement and channeling of the airflow around the car, with main purpose of increasing the stability and the drag of the car to the road. Of course, depending on the need, this drag can be easily and precisely adjusted, for achieving higher speed. 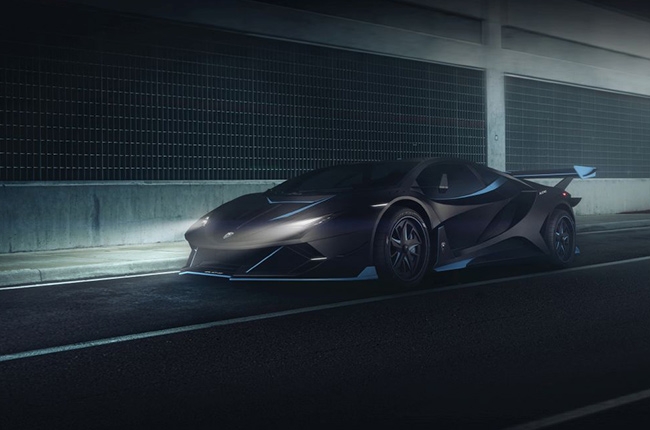 Safety is taken care of by eight airbags (four for the driver and four for the passenger), and two racing 5-point seatbelts. This is in addition to driver assistance systems that are powered by an advanced artificial intelligence that can teach you to improve driving skill and methods, and monitor information from multiple sensors, such as 17 cameras, LiDAR, eight radars, a GPS sensor, and an IMU (inertia measurement unit).