At the 2017 Consumers Electronics Show (CES) in Las Vegas, BMW showcased a doorless sculpture that doesn’t look like a car if not for the signature emblem and kidney grille of the German marque. Introducing, the i Inside Future – it’s a mobile living room and uses holograms.

The concept is focused mainly on interior innovation, which BMW dubbed as a “living space.” Looking at the photos, there is so much freedom inside the car with the absence of buttons and clutter in the cabin. 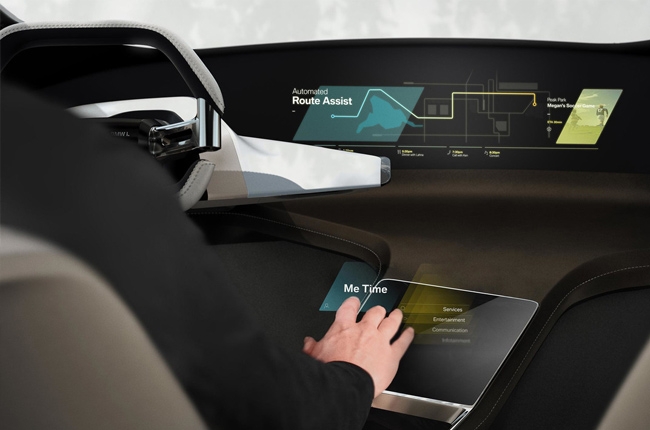 The key here is BMW’s innovative HoloActive Touch that combines the touch operation of tablets and gesture controls that are already present in the 7 Series and 5 Series models. Although, the German automaker was bluffing when they said ‘touch’, as sensors can detect finger movements and can translate it into input commands – without making contact into anything.

In addition to the holograms, a fully integrated widescreen multi-functional display is available across the dashboard, which is integrated with a navigation system, instrument panel, and entertainment. These can all be controlled through voice commands or via the BMW HoloActive Touch. It can also connect to mobile devices for further customization. 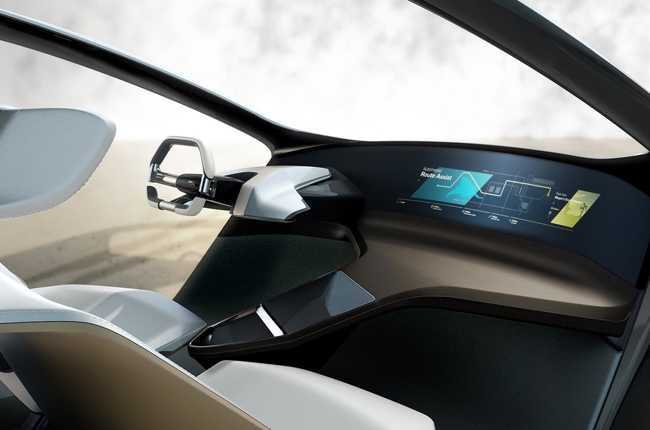 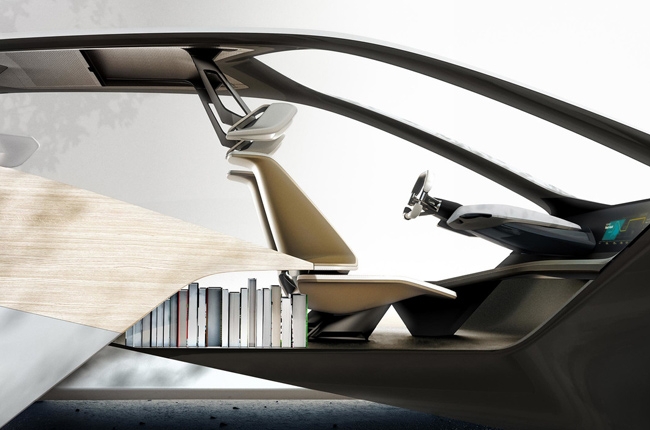 Moreover, the i Inside Future is ready for autonomous driving, which is an advantage to its design. If you wish to not drive, you can just let the steering wheel go and maybe read a book while your car drives itself. Otherwise, you can switch to Drive Time mode and drive it on your own with assistance from its numerous driver assistance technologies.

If you think that the fun ends at the front seats, you’re wrong. Rear-seat passengers can enjoy a foldable large format widescreen display, which can be connected to a mobile device to serve as the source of content. It can also be controlled by a tablet that comes with the car.

As for the sound, BMW introduces Sound Curtain, which can isolate the sound from the rest through precise positioning of speakers in the head rests. With this, you will be able to watch a rock concert while your seatmate enjoys a Disney movie. Nice.

BMW hasn’t disclosed as to when will this concept becomes available in production vehicles. By that time, we just hope it would come with doors.