With the LEGO Batman movie just weeks away, Chevrolet partnered with Warner Bros. and built a life-size replica of the dark knight’s Batmobile. The catch, well, it’s made out of LEGO bricks.

With help from students from Detroit’s Cody Rouge community, A World in Motion, and FIRST LEGO League, it took 222 hours to design the Batmobile. Then it took another 1,833 hours for the group to build it using 344,187 LEGO bricks before unveiling it at the North American International Auto Show (NAIAS) early this January 2017. 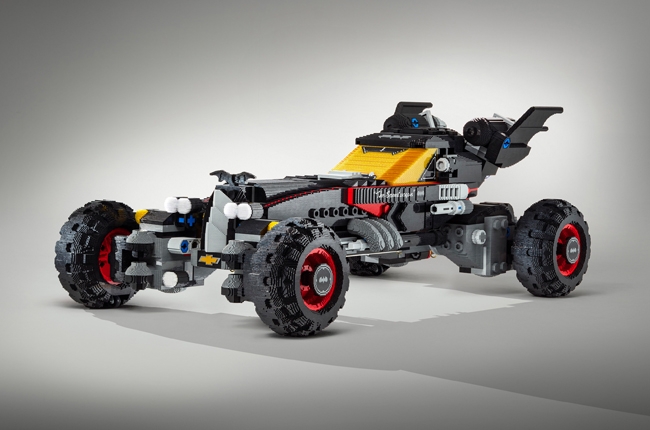 Chevrolet also took the time and published the “official specs” of the LEGO Batmobile. According to the American brand’s official website, the Batmobile will come standard with a 60.2L V100 engine with a rocket booster. It also has several modes to help the caped crusader maneuver his massive car such as Race Mode, Monster Truck Mode, and a Parallel Park Mode.

In addition, Chevrolet boasts that the Batmobile will be almost as well-connected as Bruce Wayne himself as it has 4G LTE Wi-Fi. Moreover, this combat vehicle is loaded with tons of technology to help the dark knight fight crime such as Automatic Nerd Alert, Side Batwing Conversion, and X-Ray Vision Camera.

With all its features and all the power it has, those who are hoping to get their own Batmobile - whether it’s for world domination or fighting crime - should be prepared to shell out $48-million (around P2.4-billion).

Unfortunately, all these are fictitious and just part of Warner Bros and Chevrolet’s marketing plan to promote the upcoming LEGO Batman movie, which will hit U.S. theatres this February 10, 2017.  In the meantime, watch what the other “real” mini-figures have to say about the dark knight’s super hero car in the video below.