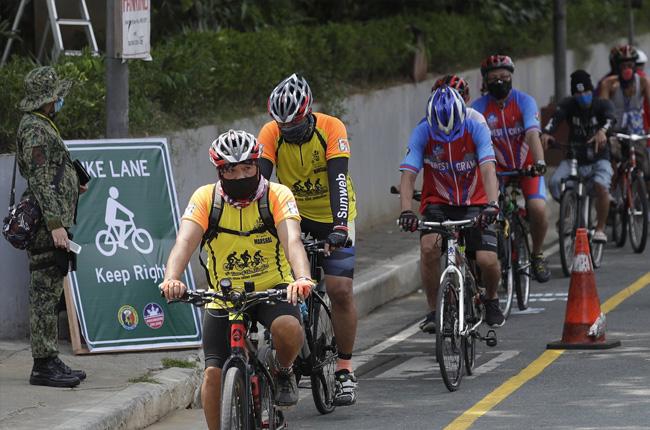 In the new normal, cycling has become a popular alternative means of transportation. As the use and capacities of public transportation have decreased over health and safety concerns, biking has risen in popularity to get you from point A to point B. With that in mind, the Department of Transportation has released a survey to the public asking them about their opinions on cycling and bike lanes. The government agency also states that the survey is open to all road users and not just to cycling enthusiasts. As a bit of a backgrounder, the DOTr has established bike lanes along major thoroughfares throughout Metro Manila. However, these have come with mixed reviews from motorists and cyclists alike. Some cyclists have complained that the infrastructure is not enough in terms of space and safety. Others have also cited that motorcycles have been taking advantage of bike lanes using them as a lane of their own. More complaints have also surfaced about motorists blocking bike lanes with vehicles being parked in them, causing cyclists to have to merge into the other lanes in order to avoid them. On the motorist’s side, some have complained that bike lanes with permanent dividers have made traffic worse in certain areas. With that said the DOTr wants to know your thoughts and opinions on the matter.