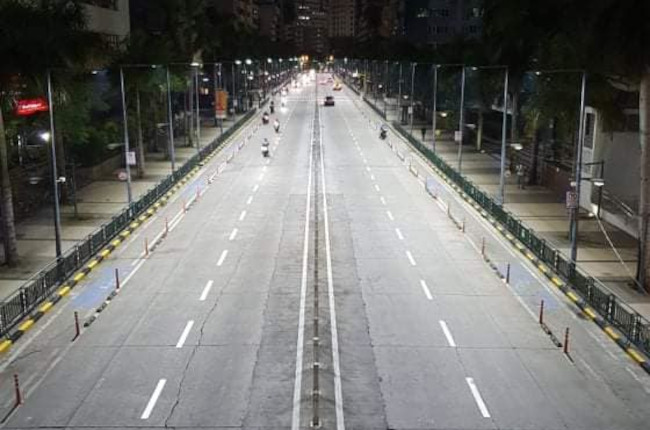 Motorists that frequent Emerald Avenue on F. Ortigas Jr. Road will be pleased to know that the once dark street is now equipped with LED streetlights.

Just like the difference between a halogen headlight and an LED headlight, as is the case with the Kia Seltos' top spec versus its base spec, the change is like night and day. Mayor Vico Sotto shared updates on social media about the road. The Pasig City mayor shared a photo showing the well-lit Avenue last July 16, 2021.

Related: Your guide to different types of car headlights

Located in Barangay San Antonio, the street features 93 new LED streetlights. Mayor Sotto also shared that work for a few minor repairs and road markings were conducted as well. Emerald Avenue’s sidewalks were also given some tender-loving-care, as those sections of the roadway were rehabilitated as well for pedestrian use.

Speaking of pedestrians, the bike lane currently present on the avenue will be much safer to use at night. Cyclists who find themselves travelling on Emerald Avenue will be able to see well even after the sun sets and the moon comes out. It’ll probably be the first time for many motorists to see Emerald Avenue so well lit, and it’s a welcome change in contrast to the dim street lights that presently adorn a lot of roads in the metro. The Department of Public Works and Highways (DPWH) is also aware of the developments, and has also recently addressed the lighting issue along Espana Avenue in Manila.

Prior to the update, Emerald Avenue has been known to be a popular destination for photographers thanks to its dim orange streetlights. Now, however, that will no longer be possible due to the upgrade. The tradeoff is better visibility at night which allows for better safety at night.

That being said, visibility plays a major role in safety, and the standard streetlights in the past now pale in comparison to the new crop of LED lights. This comparison is the same across industries, and it’s a welcome change for individuals who frequent Pasig City’s business district and have to go through this road.