Mercedes-AMG’s Lewis Hamilton moves back into the lead of the driver’s championship after winning the 2018 Formula 1 (F1) French Grand Prix. This marks the third victory of the Briton and his 65th career victory in the top-tier motorsport.

The Circuit de Paul Ricard made up for its ten-year hiatus from F1 with plenty of action during the opening lap. The top three – Hamilton, Valtteri Bottas (Mercedes-AMG), and Vettel – all had quick starts off the line.

But at turn one, Vettel locked up his tires and hit Bottas’ rear tires and sent the latter in a spin cycle. Vettel damaged his car’s front wing, while Bottas had to nurse a punctured tire. Both made it back into the pits for repairs and new tires meaning they can go all the way to the end but they would have to do that from the back of the grid. To make matters worse for Vettel, he was penalized with a five-second penalty for causing a collision. 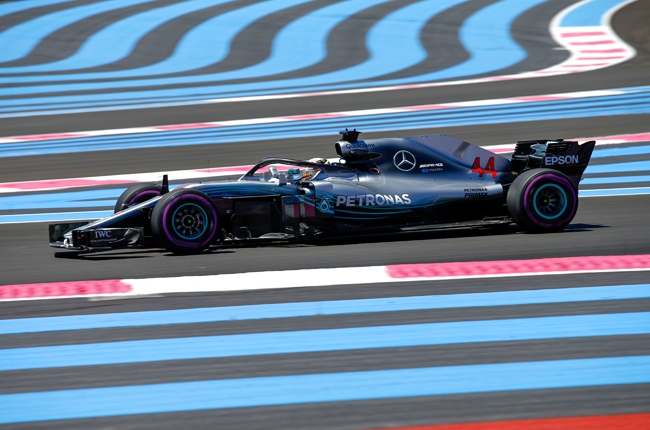 Meanwhile, Toro Rosso’s Pierre Gasly lost control on turn three crashing Force India’s Esteban Ocon in the process. Due to the damage, both French drivers had to retire from the race.

Race officials also deployed the safety car to neutralize the French Grand Prix for six laps in order for marshals to safely clear the debris and stricken race cars from the track.

When the race resumed, Hamilton quickly established his lead, while Red Bull Racing’s Max Verstappen secured second place. Both drivers steadily built their lead to cruise to the finish line in their respective positions.

The battle for the last spot on the podium was a different story. Vettel, then running in fifth, inherited third place when Red Bull Racing’s Daniel Ricciardo and his teammate Kimi Raikkonen  entered the pit for a fresh set of tires. Ricciardo rapidly closed the gap to Vettel and got third back in a few laps time. Raikkonen, on the other hand, inherited fourth when Ferrari decided to pit Vettel for a fresh set of tires and to serve his five-second time penalty.

It looked like the battle was over when Red Bull Racing reported an engine issue in Ricciardo’s race car, which saw it lose power. Ferrari was quick to report this problem to Raikkonen, who eventually overtook the Aussie to secure third place. Fortunately, this was all Ricciardo would lose due to the massive one-minute gap between him and Vettel. At the end of the race, it was Hamilton, Verstappen, and Raikkonen standing victorious at the top of the podium. With this, Hamilton now stands on top of the driver’s championship with a 14-point gap between him and his closest rival Vettel.

Here are the official results of the 2018 F1 French Grand Prix: The next race of the 2018 Formula 1 season will be at the Red Bull Ring in Austria on July 1. Will Vettel manage to bounce back or will Hamilton stretch the lead? Good thing we only have one week to wait for the answers.