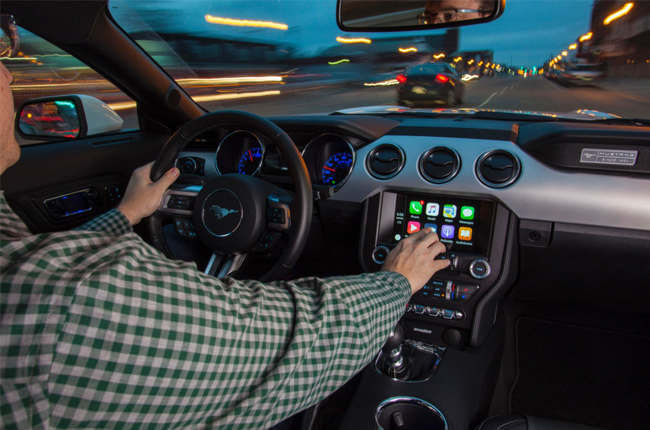 Ford Motor Company and Toyota Motor Company are establishing a nonprofit organization named SmartDeviceLink (SDL) Consortium, which will work on open source platform optimizing the use of smartphone apps on the road.

Among the first members of the consortium are Mazda Motor Corporation, PSA Group, Fuji Heavy Industries Ltd. (FHI), and Suzuki Motor Corporation. On the other hand, Elektrobit, Luxoft, and Xevo were the first supplier members, while Harman, Panasonic, Pioneer, and QNX are intending to join.

SDL lets consumers use voice commands and in-vehicle displays using smartphone apps. Through adopting an open source platform, automakers and suppliers are able to integrate apps in uniform standard. This benefits developers where they integrate one linking solution used by all participating automakers.

Connectivity between smartphones and the vehicle interface is one of the most important connected services. Using SmartDeviceLink, we can provide this service to our customers in a safe and secure manner. We are excited to collaborate with many auto manufacturers and suppliers who share our view,” said Toyota’s Connected Company president Shigeki Tomoyama.

Not only the developers benefit with this but also the consumers. Automakers and developers working together will increase the quality and security of the software, thus, improving the open source code.

More so, the technology used by SmartDeviceLink is based on Ford’s open source contribution of its AppLink software in 2013, whereas the technology is currently available in more than 5 million vehicles worldwide.

On the other hand, Toyota is planning a telematics system commercialization using SDL around 2018.