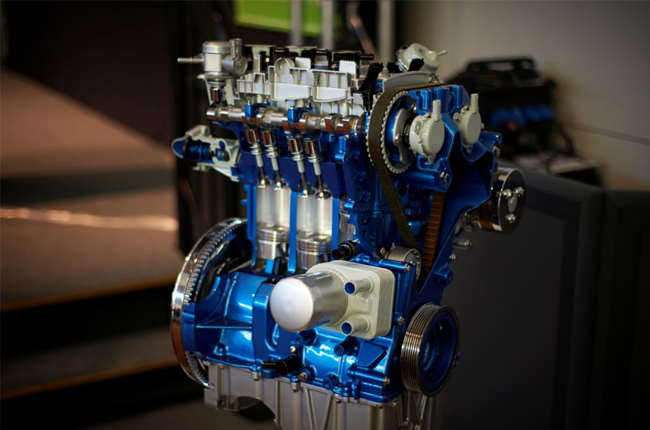 For the 5th time in a row, Ford's 1.0 L EcoBoost engine has been recognized as the 'Best Engine Under 1.0 L' at the International Engine of the Year Awards 2016.

The panel of 65 automotive journalists from 31 countries praised the engine's drivability, performance, economy, refinement and technology. It bested other entries from Volkswagen, BMW, and GM.

“The 1.0-litre EcoBoost was a game-changer, and despite others following our lead, it remains the undisputed benchmark in its class five years on,” said Joe Bakaj, Vice President, Product Development, Ford of Europe.

A total of 11 Ford models including the Fiesta, Focus, and EcoSport among others have this award-winning engine.

Ford also highlighted that a road-legal Formula Ford car fitted with a 205 hp version of the engine lapped the famed Nürburgring circuit in Germany. It went around the race track in 7 minutes and 22 seconds, faster than other 600+ hp super cars such as the Lamborghini Aventador, Ferrari Enzo, and Pagani Zonda.

In the Philippines, the Fiesta Hatchback Sports+ comes equipped with the award-winning 1.0 L EcoBoost engine. According to Ford Philippines, the powerplant can squeeze out 125 hp and 170 Nm of torque and can go up to 200 km/h. What's impressive about it is even with those high performance numbers (for a subcompact hatchback), it can still post a combined fuel efficiency rating of 23.3 km/L.

There are also other vehicles available locally in Ford's lineup equipped with variants of the award-winning engine besides the Fiesta such as the Escape, Explorer, Expedition, Mustang and the GT supercar.