It has been more than a year since the Philippine government’s public utility vehicle (PUV) Modernization Program was proposed. Since then, local car brands already started working with truck and bus bodybuilders to design the most appropriate vehicle to fit the market.

For Hyundai Asia Resources, Inc. (HARI), it couldn’t have been done any better than in an overwhelming manner – a huge commercial vehicle expo. What could be a better way of introducing an entire lineup than having it done completely under one roof? With the Hyundai Power Solutions expo, the brand’s passenger cars, trucks, buses, special vehicles, and modern jeepney were displayed at the LausGroup Event Centre in San Fernando, Pampanga. It was a display that walked all attendees deeper into what Hyundai has to offer when it comes to complying with the market demand.

The expo was joined in by a bunch of Hyundai executives, the Philippine National Police (PNP), business clients, the Ambassador of South Korea in the Philippines, as well as government personnel including Department of Transportation Secretary Arthur Tugade. Among all the things that were tackled during the event was the Modernization Program that’s being pushed by the government. According to the secretary, he was pleased to see HARI’s initiative to support the said scheme and, in return, assured HARI’s potential business clients about the 5% equity, 6% interest, seven-year payment, and P80,000 subsidy from the government. This was the financing plan proposed by the government that’s said to give huge benefits for local transport operators. Even more so, Tugade claimed that the income of jeepney drivers are assured to get even higher due to the fixed monthly salary basis.

HARI’s display started outside the event center and among the units there was Hyundai’s version of modern jeepney called the ‘Forma Novus,’ a micro bus-like boxy replacement for the jeepney. The design was a product of HARI’s “Jeep It Up” design competition held earlier this year, in partnership with the University of the Philippines (UP) College of Architecture and Interior Design, as well as the College of Engineering. The one displayed at the expo was built in collaboration with Del Monte Motor Works, Inc.

Apart from the modernized jeepney, Hyundai also had its light-, medium-, and heavy-duty buses displayed under the sunny afternoon. The County, Aero, and Universe were designed to lure in both provincial and city bus operators. Include the H350 van that could also do the function of the County bus and you have a complete fleet of mass rural and urban transport. 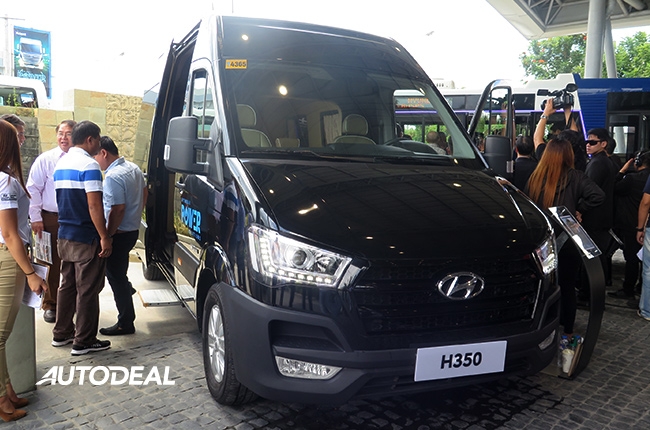 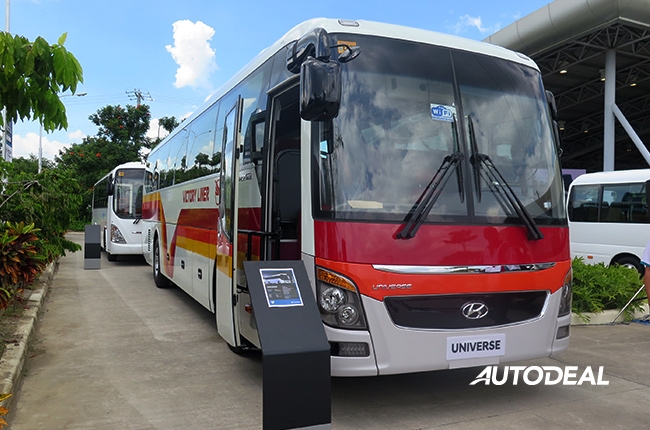 On the not-so-far side of the display was a fleet of special vehicles structurally designed to cater to the community. The fleet was composed of an HD65 dump truck, HD78 fuel tank truck, Elantra and Starex police units, plus an ambulance Starex. Aside from the display, HARI claimed it has a lot more to offer, including fire trucks, cranes, car carriers, among others. On the other side, businesses involved in mass urban distribution, long-distance hauling, and construction were also tapped with displays of a compelling commercial vehicle fleet display. On the way to the gates of the LausGroup Event Centre was a lineup of the HD light- to medium-duty trucks. All featured a high-tensile steel frame, plus Hyundai’s heavy-duty diesel engines. The HD series was showcased with a bare cab and chassis unit to having a wing-open van body. Inside the venue was the latest HARI offerings in the passenger car market. Everyone was greeted by the Ioniq Hybrid and Ioniq Electric units, the ones that appeared at the 2018 Manila International Auto Show. These two green Hyundai vehicles were then accompanied by the new Santa Fe, Veloster, Kona, and the facelifted Tucson and Starex. The Power Solutions expo also shed light on HARI’s Xcient heavy-duty truck series. Dubbed as Hyundai’s heavyweight champion, these trucks promise taunting fuel efficiency versus its rivals, with a bonus of innovative exterior design and durability with its optimized suspension system. The display was comprised of the 6- and 10-wheeler tractor heads, dump truck, and transit mixer.

The expo focused a lot more to HARI’s commercial vehicle (CV) offerings. That’s because the company believes that the segment has a great potential in the local market. This caused them to pour out a P1.2 billion-budget to boost its CV dealership facilities, sales, and after-sales expertise developments nationwide. To even strengthen their claim, findings revealed that the Category IV light-duty trucks sales went up by 37.1% in the first eight months of 2018, as compared to the same period in 2017. 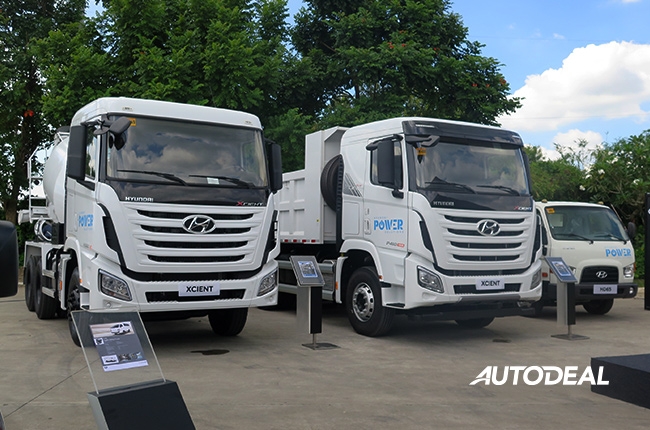 The Hyundai Power Solutions North Luzon Leg is just a part of HARI’s series of business expositions to be conducted all over the country. It aims to bring Hyundai’s total solutions package intimately with prospective business clients and the general market, as well.

“...symbolic of Hyundai’s support for nationwide efforts to enhance our infrastructure, modernize our public transport, reduce our carbon footprint, and on the whole, contribute to bolstering our country’s reputation as the investor’s destination of choice in Southeast Asia.”
Ma. Fe Perez-Agudo
HARI president and CEO