It's quite a while since we first heard about the government's plan to modernize old PUV units. There are people who like the idea and there are some who are against it. However, before you take sides, the Department of Transportation (DOTr) has something to say about the proposed scheme.

Related: EVAP to work with Isuzu and Fuso for PUV modernization program

In a Congressional hearing, DOTr Undersecretary Tim Orbos emphasized that the PUV Modernization Program (PUVMP) is not just about the vehicle. Rather, it's more of how disciplined the drivers drive, the way of deployment, welfare of the drivers, operation, design of routes, and localization of the units – something that the vehicle manufacturing sector naturally agrees with.

“To participate in the PUV Modernization Program of the DOTr and the Eco-PUV Program of the Department of Trade and Industry and avail of whatever incentives will be made available, the modern PUV must either be compliant to the Euro 4 emission system or be powered by an electric motor. So, it will be generating less pollution or none at all as required by the Clean Air Act. This will help reduce air pollution and make the air we breathe cleaner.”
Bimbo Mills
Automotive Body Manufacturers Association of the Philippines president

More so, even the emission system is beyond changing the engine alone. Light commercial vehicle platform provider Truck Manufacturers Association (TMA) explains that it is more than just measuring the quality of the exhaust fumes but the engine performance, fuel system, air intake, among others. This dismiss certain groups proposal of replacing existing engines with Euro 4-compliant units and leaving the vehicle as is. 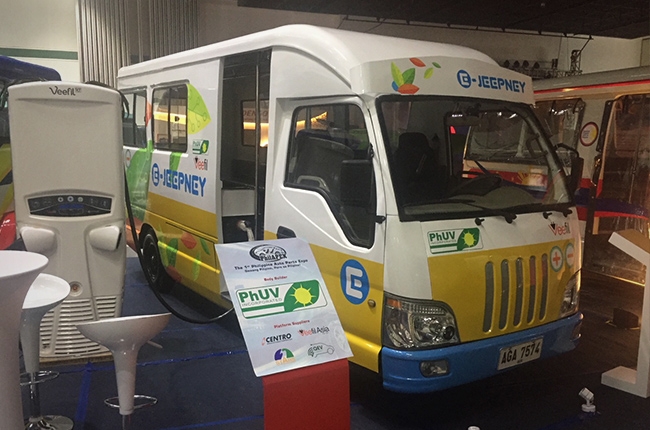 On top of all these, the PUVMP will maximize a driver's earnings, as the vehicle and its components conform to the Bureau of Philippine Standards. Both the driver and operator would enjoy standard warranty, which then reduce downtime and increase operating hours. In short, more income and less operating costs for the drivers.

Meanwhile, the Philippine Parts Maker Association (PPMA) commends the government for prioritizing local assembly and production of the new PUV units. The association said that this will create more employment opportunities and incremental income for local parts makers.