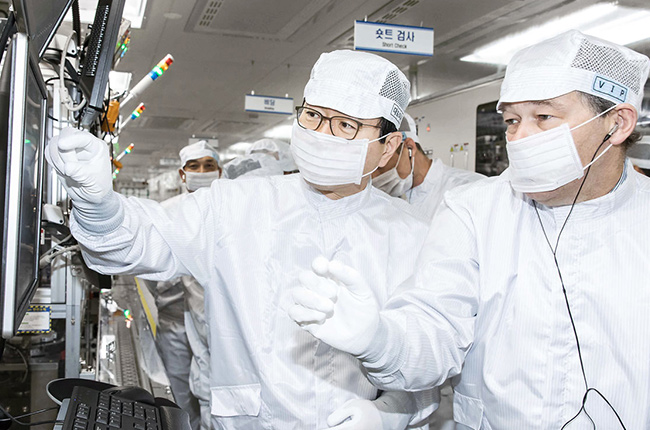 Samsung SDI and the luxury EV startup company, Lucid Motors, has established a strategic partnership for battery cell supply. Samsung SDI will be Lucid’s major supplier of lithium-ion cells for its first vehicle, scheduled to begin production in late 2018.

The partnership aims to develop the next-generation cylindrical cells that are expected to surpass current performance benchmarks in energy density, power, calendar life, and safety. In addition, this battery cell also has shown breakthrough tolerance to repeated fast charging.

I have been very pleased with the results of the collaboration with Samsung SDI in developing a cell chemistry that meets our stringent standards. Samsung SDI combined their in-house chemistry expertise with massive real-world datasets and state-of-the-art battery models provided by Lucid to develop a cell that is both energy-dense and resistant to damage associated with fast-charging,” said Lucid’s Director of Battery Technology Albert Liu, PhD.

Peter Rawlinson, CTO of Lucid, added that this technological breakthrough demonstrated by Samsung SDI will be of tangible benefit to their customers and companies with ride-sharing services. He also looks forward to a continuous collaboration with Samsung SDI for more future projects.

Meanwhile, Samsung SDI Vice President of Sales J.Y. Youn expressed his excitement in increasing their participation in automotive applications. More so, he said that it is an honor to work with Lucid in pushing forward both companies visions.

Lucid began working on their battery system, high performance on EV technology, safety, and durability in 2008. At the end of 2013, the company was a producer of connected premium electric battery packs and powertrains for EV carmakers. Then, in 2014, they began planning to develop a complete electric car, which was later on built in a custom 900 hp powertrain as a test vehicle dubbed Edna.