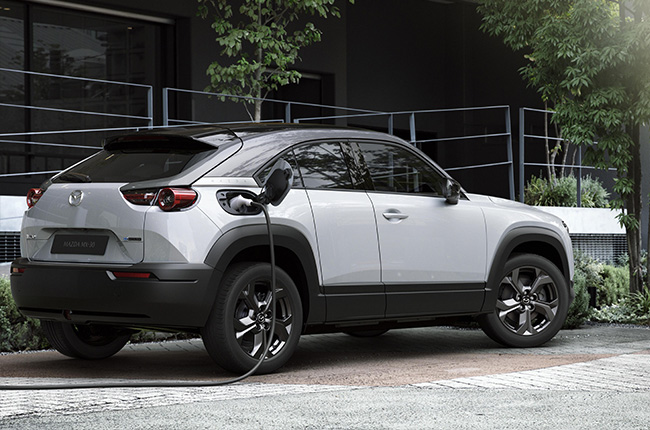 Mazda fast tracks the rollout of its electrified vehicles that should begin by 2022. The following models will include a line of mild-hybrids, plug-in hybrids, range-extended Electric Vehicles (EVs), and full EVs.  Apart from that, the brand also has other innovative plans slated in the years to come.

The Japanese automaker made its entry to the electrified segment back in 2019 with its revolutionary MX-30, which does not only feature an electric motor but also built with environmentally-conscious finishes such as cork and fabrics made from recycled materials. Apart from the full-EV version, the compact crossover is also being offered with a mild-hybrid powertrain in Japan.

Now, it seems that Mazda has been wanting to accelerate its electrification chapter, with the brand proceeding with its plans next year. By the first half of 2022, the brand will be producing a range-extended version of the MX-30 that comes with a small rotary engine serving as its power generator. The upcoming model is set to be released globally.

Apart from that, Mazda will also release a plug-in hybrid riding on its large vehicle platform. Plus, a ‘multi-solution’ strategy for electrification will roll out by 2023. The project includes a brand-new platform for its next-generation electric vehicles which are to be released sometime from 2023 to 2026. Lastly, once 2030 strikes, the entire Mazda lineup has been already electrified.

Has already overhauled the production line at its Ujina 1 plant in Hiroshima in order to accommodate the production of EVs such as the MX-30. Despite the brand’s priority on electrifying its vehicle lineup, Mazda shall continue the development of its internal combustion engine. While other innovative plans include the introduction of its next-generation diesel engine in 2022 and the launch of the Mazda Co-Pilot autonomous driving technology is slated in 2025.