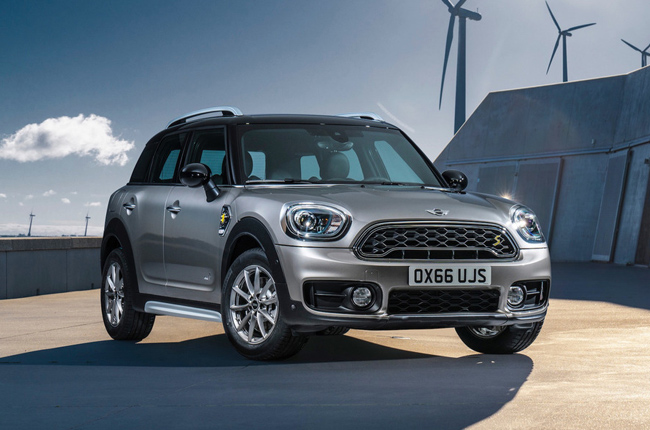 MINI finally revealed the all-new Mini Cooper S E Countryman ALL4. It’s the British marque’s first hybrid vehicle, which can run on full electric at highway speeds and can be charged at a power socket like a regular appliance.

Being the largest model in the lineup, the all-new MINI Cooper S E Countryman ALL4 combines the luxury of space with the sustainability of the BMW eDrive technology and an electrified all-wheel drive system. The combustion engine has a maximum output of 134 hp and 220 Nm of torque, which transmits the power to the front wheels via a 6-speed ‘Steptronic’ transmission. On the other hand, the electric motor can churn out 87 hp and 165 Nm of torque, which powers the rear wheels via a 2-stage single-speed transmission. When combined, it can produce 221 hp and 385 Nm of torque. Moreover, its Dynamic Stability Control (DSC) controls the traction, stability, and agility on all four wheels resulting to a smart all-wheel drive system.

In addition to that, MINI claims that the Cooper S E Countryman ALL4 can run on pure electric with a top speed of 125.5 km/h up to 38.6 km. This is possible via its high-voltage Lithium-ion battery that has a capacity of 7.6 kWh. Most importantly, it can be charged via a regular 240-volt outlet in just 3 hours and 15 minutes. 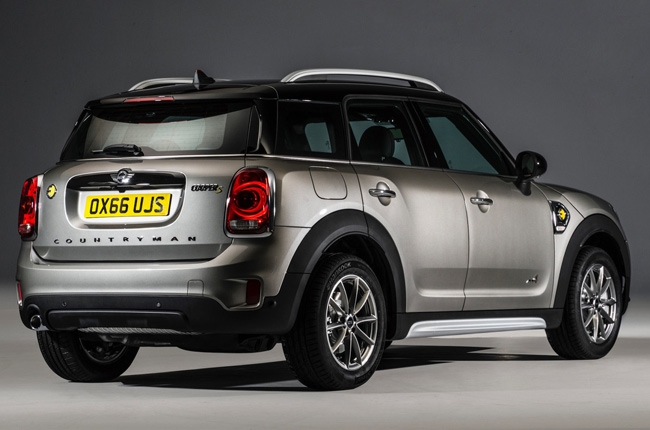 The hybrid model also comes with eDrive toggle switch that lets you choose between 3 drive modes. The standard setting is the AUTO eDRIVE, which will run on full electric up to 88.5 km/h. The combustion engine will then kick in at higher speeds or when the battery goes down below 7%.

On the other hand, the MAX eDRIVE mode maximizes the electric motor up to 125.5 km/h, with the gasoline engine engaging only at higher speeds or when you press the pedal to the metal.

Lastly, the hybrid Countryman will be powered primarily by the gasoline engine when in SAVE BATTERY mode. The electric motor will just kick in when faster acceleration is needed but ultimately, it will keep the battery above 90%. As for its design, the MINI Cooper S E Countryman ALL4 has distinct accents and features that separates it from the regular 2nd generation Countryman. Aside from the “e” badge on its side, it has a yellow “S” model inscription that can be found at the rear, on the radiator grille, and by the door sill finishers. Moreover, its charging port is discreetly placed under a flap on the left side of the vehicle, just below the A pillar.

Inside, the start/stop button is in yellow, which is situated between the toggle switches at the center panel. It’s also notable that the performance display is now in the instrument cluster on the steering column – a departure from the previous design of the outgoing Countryman model. Moreover, the Cooper S E Countryman ALL4 comes standard with a 6.5-inch color screen at the middle of instrument cluster. It displays the battery’s charge state and the operating mode of the eDrive. It also has a high-resolution 8.8-inch touchscreen head unit with a new user interface and an optional navigation system.

The all-new MINI Cooper S E Countryman ALL4, together with the non-hybrid variants, will be formally launched at this year’s LA Auto Show in November. However, we have yet to confirm if and when will the all-new model reach the local showrooms.