It’s here, and even taller than the original. Mitsubishi Indonesia just launched its new Xpander Crossover. The once-MPV has experienced a growth spurt and can now be found with larger wheels and an SUV-like side profile. While fans of the Xpander were once eager to call the unit as a “baby” version of the Montero Sport, this time around, said fans may have their work cut out for them as this Cross version inches closer and closer to the design of the facelifted midsize SUV from Mitsubishi.

The specifications of the new model are similar to that of the Xpander’s. It’s still front-wheel drive, with a 1.5L engine running the show. The suspension and chassis are borrowed from the Xpander, and so is the ample space all throughout the cabin is also passed to this new model. Also retained is the 4-speed automatic transmission that can also be found in the original. A manual is also on offer, and Mitsubishi has retained the 5-speed transmission that can also be had on the non-cross model. 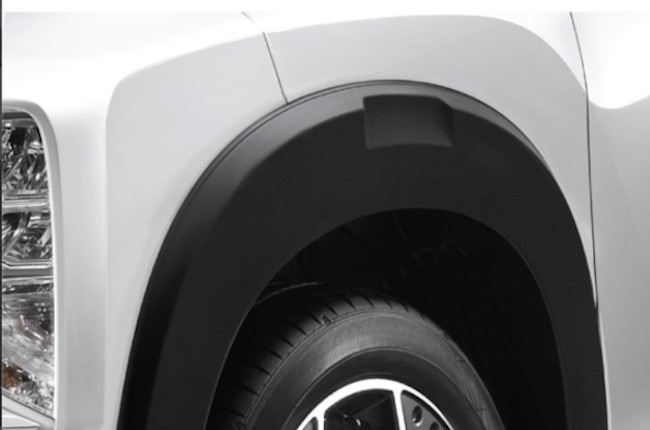 A lot of things stayed the same, like the front fascia with the dynamic shield design as well as the rear. In the bottom half of the crossover’s body, black cladding can be found covering the wheel arches and lower portions of the front and rear bumpers get silver accents all throughout. Also different is a set of roof rails in silver. The front grille is similar to the Montero Sport and isn’t as flat as the small MPV's. The crossover also rides higher than its compatriot in the lineup thanks in part to bigger 17-inch wheels and higher ground clearance at 225mm. The Xpander Cross looks like a more rugged Xpander, but it’s adopting the same drivetrain as its brother and rivals, front-wheel drive. It’s good for the city, but might not be the best when tackling more arduous tasks. On the interior, the crossover gets a two-tone leather interior, a feature that the regular model doesn’t have. The bits are more or less the same, with several parts being shared across the two models. Mitsubishi Philippines has yet to release an official statement on the matter, but as the rumor mill churns, the outlooks look very positive, and we might be seeing this model reach Philippine shores soon.