While we know what the Honda City sedan looks like, it is still unknown how the rumored City hatchback will look without camouflage, but this is the closest that we can get to shots of the actual unit while we wait for Honda to officially launch this model to market. The images are blurry, but they will satiate our curiosity. 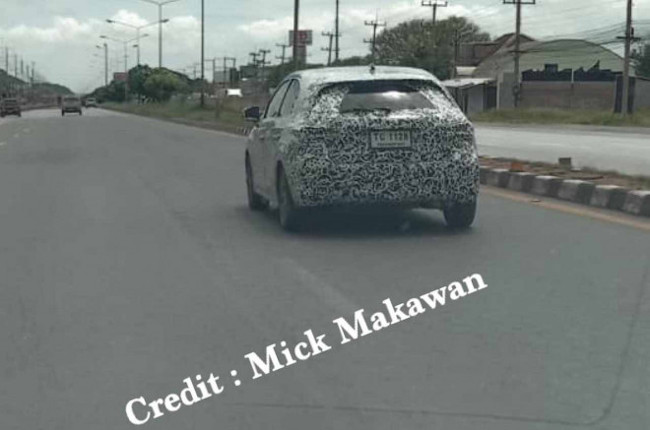 Snapped in Thailand, which is home to one of Honda’s factories, a man by the name of Mick Makawan, managed to get a few pictures of the new Honda City hatchback, which was fully clad in camouflage. He managed to get clear – albeit still not the clearest – photos of the rear of the car, which is the more interesting.

The rear profile of the City hatchback is less Jazz-like and more wagon-like, which is to be expected knowing that the City was designed as a sedan first, and not a hatchback from the ground up like the Jazz. It’s more conventionally designed which is also unlike the Jazz. As for a launch, there is no definite date from Honda just yet. The car, however, appears to be in its final testing phases already. It may be likely that this City hatch will take the place of the Honda Jazz in Thailand, and the rest of the markets that Honda’s Thai factory supplies, like the Philippines.

The GK generation of the Jazz may be the last incarnation, as the new Honda Fit, which was launched earlier this year, becomes standard in Japan, Europe, and the Americas. Perhaps this has something to do with the manufacturing costs of the model. The City hatchback could easily be manufactured in Thailand since it is based on the same exact platform as the City sedan thus saving Honda some manufacturing costs which can translate into more favorable prices for the consumers. 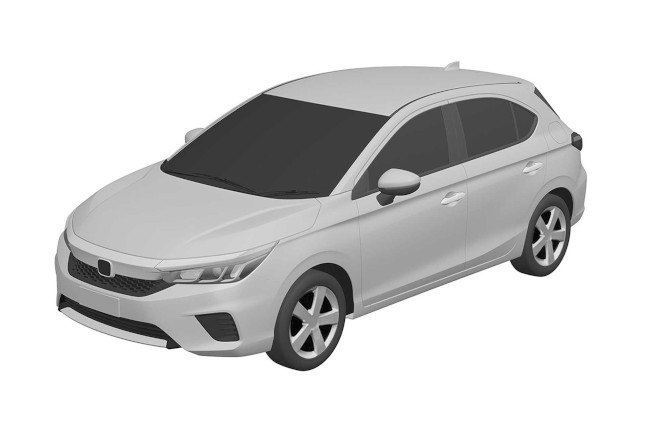 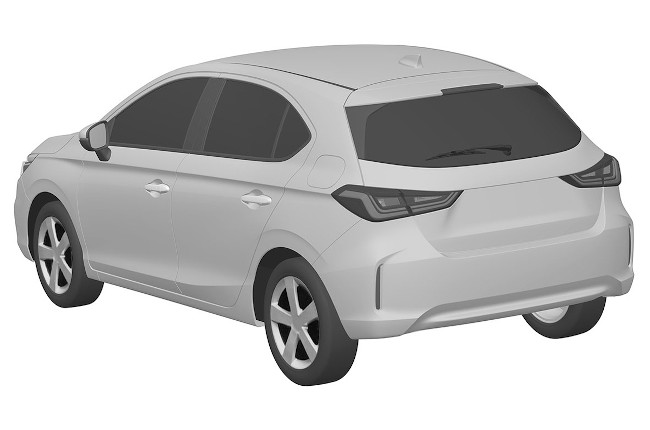 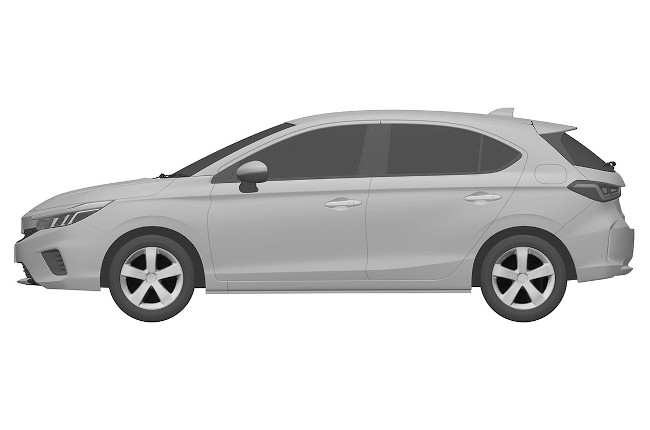 We’re pretty confident that this is the new City hatched based on these patent images, which match the new car panel for panel. The patent images are thankfully clear and should be close to what the finished product would look like, minus the gloss and shimmer of metal in actual light. The renders feature a good-looking car that appears to don the face of the Honda Civic as well, which is not a bad thing at all. Apart from that, our next question is, when will Honda Cars Philippines, Inc. (HCPI), bring the new City to the Philippines, and will there be a hatchback model on offer in lieu of the Jazz? We will have to wait and see.