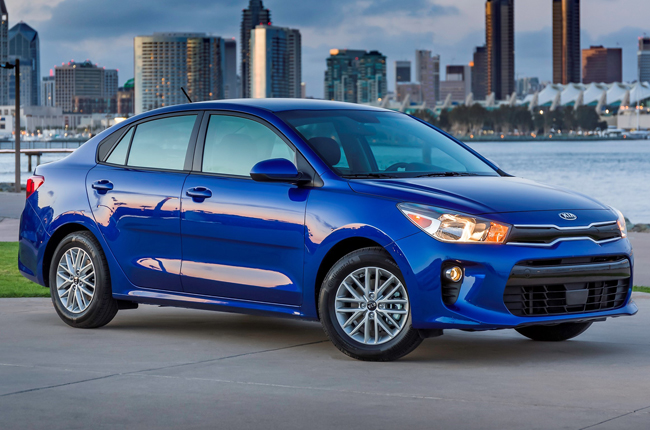 Kia has finally unveiled the subcompact sedan and hatchback versions of the Rio at the 2017 New York International Auto Show. Now on its 4th generation, the Korean brand says it boasts innovative technology, advanced safety features, and impressive fuel efficiency.

The 2018 Rio sedan and hatchback versions look the same from the front, all the way to its side. Both variants come with a redesigned set of headlights and fog lamps that are moved farther to the sides. Its upper grille maintains the brand’s ‘tiger-nose’ grille while its lower grille received a refresh with its different layout.

Moreover, the sides have deep character lines and wider stance (according to Kia) giving it a sporty demeanor. Looking at its images, we can’t help but wish that Kia Philippines bring these all-new models into the local market soon. For now, all we can do is wait.

Moving on, the rear of the 4-door Rio has sleek taillights, a thin diffuser, and a chiselled look for the bumper. On the other hand, the hatchback version has a larger set of taillights and a rounder, more prominent rear end.

Aside from that, both versions are placed on a new larger platform and suspension geometry. It will be sitting on a fully-independent MacPherson strut front suspension and a torsion beam rear axle. Its dampened setup will help provide a more comfortable ride.

The power plant will then be mated to a choice of either a 6-speed manual or automatic transmission for both the sedan and hatchback. The power unit combination is rated to produce 130 hp and 270 Nm of torque, sent to the ground via its front wheels. 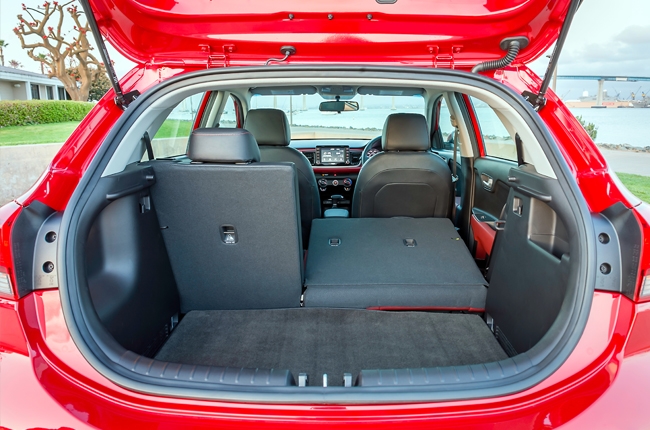 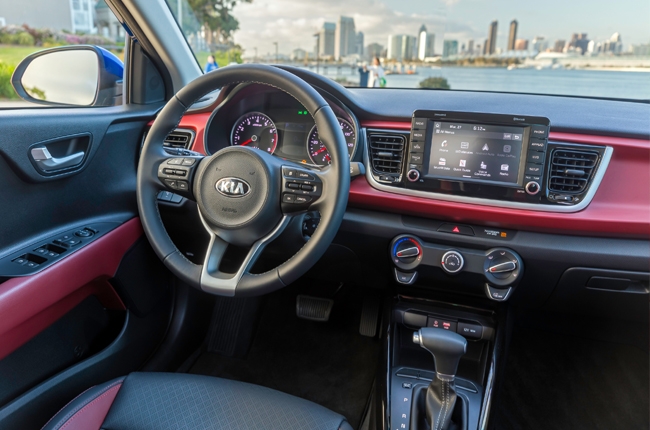 Inside, Kia says that the Rio is the roomiest in its class with its 2,546L worth of interior space for the sedan while the hatchback has 2,563L of wiggle room. The Korean automaker also boasts the Rio sedan’s trunk space of 388L, while the hatchback’s flexible cargo area of 493L can go up to 929L with the rear seats down.

Meanwhile, entertainment is provided by a 6-speaker stereo with Bluetooth connectivity and rear view camera as standard. As for its top-of-the-line EX variant, passengers will get to use a 7-inch touchscreen infotainment system with UVO3 voice recognition loaded with Android Auto and Apple CarPlay.