The Nissan Kicks e-Power originally made its first global debut in Thailand. Now, however, the Nissan crossover is making its debut in its home country of Japan. The popular compact crossover offers customers a powerful, quiet driving experience on the road thanks to its e-Power variant and the addition of the ProPilot driver assist technology. This results in a unique driving experience where you have the ability to accelerate and decelerate all by operating only the accelerator pedal. 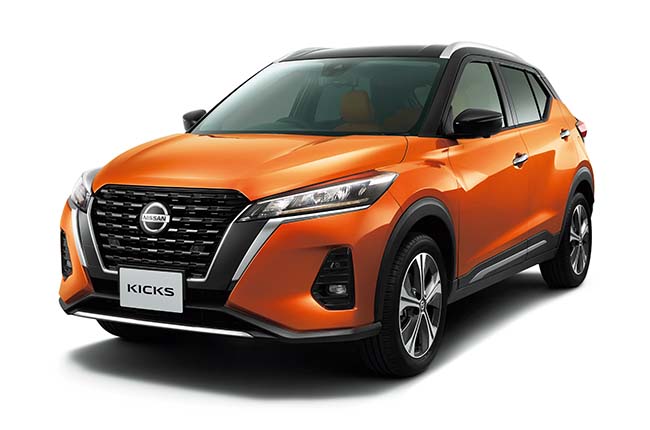 The Japanese Kicks comes to the automotive market with a sporty and active exterior. Unlike its Juke stablemate, the Kicks has opted for a more refined and elegant design. It still comes with Nissan’s signature V-motion grille, however, its dimensions are much larger than they were before. Unlike its crossover brothers the Nissan  Juke and the new Nissan X-trail, the Kicks comes with single layer sharp yet sleek headlights.

The ace up the Juke’s sleeve is its new award-winning e-Power system that features an electric motor that delivers power directly to the wheels while its small yet frugal gasoline motor generates electricity for the motor. This new system has optimized timing controls to ensure that the engine only runs when needed to further enhance the crossover’s quiet ride.

Hoshino continues by stating that “It is born out of the groundbreaking ideas that inspire Nissan Intelligent Mobility – our vision of using cutting-edge technologies to bring excitement to the lives of as many people as possible.” Just like its Thailand counterpart, the Japanese Kicks will also come with a colorful interior. In fact, the Japanese brand is offering as many as 13 color variations for the vehicle along with four two-tone options. The interior space has also been a priority for the Kicks as it boasts 600 mm worth knee room as well as 85 mm of headroom, providing ample space for adult passengers to stretch out and relax. While the vehicle may look small and compact on the outside, it is still able to offer 423-liter worth of cargo space on the inside. That’s more than enough space to fit four medium-sized suitcases at the back. If you want more space the rear seats can easily be folded down to create more luggage room. Safety has been a design priority in mind for the Nissan Kicks as it now comes with Nissan’s ProPILOT driver assistance technology. It comes with a radar system that can detect other vehicles, that will help the driver maintain a safe distance from cars ahead, all while helping the vehicle stay centered in the lane. The system can even activate the brakes while cruising or during emergency situations.

Another standard feature with the vehicle is an automatic system that sends a report to police in the vent of a crash. This is paired to an SOS call function as well for emergency situations. All models of the Kicks will be sold with Intelligent Emergency Braking, which scans the road ahead for hazards to help avoid or reduce damage to the vehicle. Along with the smart braking system, the Kicks also comes with an Emergency Assist Pedal Misapplication in case the wrong pedal has been pressed. Powering the Kicks in its e-Power variant is a 1.2-liter gasoline engine that acts as a generator for the vehicle. The main source of locomotion comes from its electric motors that produce 127hp and 260 Nm of torque. With these electric motors, the Japanese crossover gets near-instantaneous torque off the line making for a quick vehicle.

There is no official word yet if Nissan Philippines will be bringing in the Kicks e-Power into the Philippines. However, it is important to note that back in 2019 the Japanese brand did state that it would be bringing in new models into the country. While still unconfirmed the Nissan Kicks e-power could still be a possibility in the country.