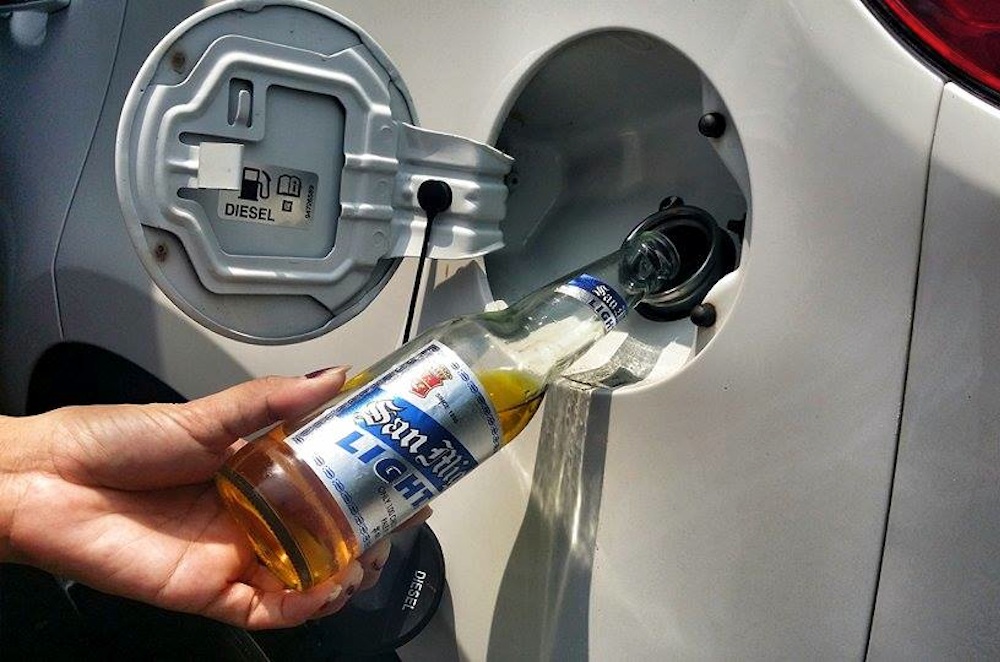 But before I get on with my little rant, let me just get one thing clear. I have been one of the staunchest supporters of RA 10586. I even went as far as setting up the country’s first driver on call service with Lifeline Rescue to offer drunk drivers a safe alternative to getting themselves and their cars home, even before we had such a law. So yeah, basically, I want this to work. But sadly, I can’t see it happening.

The problem is, once again, in the implementing rules and regulations (IRR). I have been standing on my soapbox for over a year now trying to get the lay person to have a voice in how it should be implemented––because let’s face it, at the end of the day, it is we, the lay people, that will be ultimately affected––but typically, we were the only ones not consulted.

They asked everyone else though. If it were a market research program it would have been the equivalent of having Vin Diesel as the sole member of a shampoo and conditioner focus group.

The problem starts with the apprehension process. It is far too subjective. The Presidential Communications Development and Strategic Planning Office says, “An officer can only proceed with screening a driver WHEN THERE IS reasonable ground to believe that the driver is under the influence of alcohol or drugs, i.e., after witnessing a traffic offense.”

Why not set up random breath testing stations in strategic areas like they do in Australia?

That would normally be ok, but aside from being too subjective (swerving anyone?) why wait till they are a danger on the road? Why not set up random breath testing stations in strategic areas like they do in Australia? It is non-discriminatory, scientific, accurate and very time efficient. Best of all, it is a genuine deterrent. It can even be a passive test where you don’t need to actually blow in to a straw.

As it is now, we will begin to see a significant rise in “witnessing a traffic offense” But as bad as that is, that is the least of my worries. It is the next couple of points where they have created a lot of room for extortion. Starting with the Field Sobriety test.

1. Eye test: You must follow with your gaze an object that the officer moves horizontally, a foot away from your face.

2. Walk-and-turn test: You must walk nine steps forward in a straight line, turn, and then walk back the same distance.

3. One leg stand: You must be able to stand on one leg and raise the other at least 6 inches from the ground and hold that position for sixty seconds.

if you can see what I’m getting at. It all comes down to trust and honesty.

Now I don’t know about you, but I know a lot of people who couldn’t do all of this stone cold sober. What if you’re partly disabled? What if you’re injured? Yes, I know they do this same procedure in the United States. But they also supply tissue paper in public bathrooms there. Doesn’t necessarily mean that it will work here, if you can see what I’m getting at. It all comes down to trust and honesty.

Just as people in first world countries don’t tend to hoard the tissue paper when they see a stall equipped with one, a first world police officer is generally quite trusted to have no motives or agenda when he or she pulls you over and subjects you to these type of tests. But in the Philippines,  as much as I hate to say it, we all know that is not necessarily the case.

So take the scenario of a regular guy driving home after dinner with his family. He may have enjoyed a glass of wine or beer with his meal and be well within the limit, but is now forced to undergo the very subjective sobriety test. Now, say that the law enforcement officer (LEO) decides that he ‘fails’. That would then require an Alcohol Breath Analyzer (ABA) test. Which is fair enough. If they had one handy.

But because not all LEOs will carry them, now comes the threat of being dragged down to the station in one of their mobile patrol cars––because they sure as hell shouldn’t let you drive your own vehicle if they feel you are genuinely believed to be under the influence of drugs or alcohol. That could be fair enough. If they had a mobile patrol vehicle handy.

So picture the scene. The kids are crying in the back, the mom is all stressed out, dad is feeling humiliated, all while being threatened with imprisonment and a 50,000 pesos fine.  You either need to ride the back of his motorcycle with no helmet or hail a cab to get to the precinct. All of a sudden, 2,000 pesos seems like a bargain to end this ordeal, right?

I hate to be the pessimist––I really do––but tell me that I’m not being more of a realist. And the worst part here is, that this is not the worst part.

According to the IRR, “If you fail the breathalyzer test, you will you be arrested; in addition to this, your vehicle will be impounded. BUT. If you refuse to take the test then the LEO shall confiscate and revoke your driver’s license, in addition to the other traffic penalties––or in other words, allow the real culprits drive home drunk and let the innocent ones get extorted by those drunk on power. Either way, whether the intentions were good or not, the party is far from over. I’d say it just got started.

**Never take the risk if you’ve been drinking. Call 16911 if you need a driver on call. Here’s a quick video on how it works.