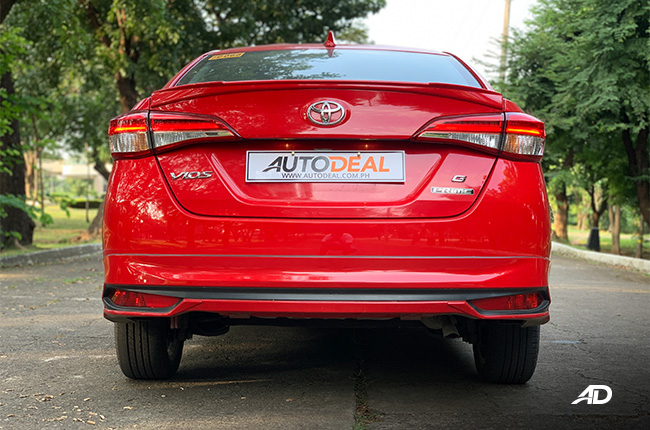 If you’re among those who have been eyeing to buy a new Toyota Vios, we’re pretty sure you’ve noticed that the subcompact sedan doesn’t come with reverse cameras nor parking sensors. Yes, not even the range-topper of the best-selling car doesn’t come with extra eyes at the back.

Well, that ends today as Toyota Motor Philippines has announced that certain Vios variants will get reverse cameras as standard. The additional feature was announced via the company’s official Facebook page, which you can view via the embedded video at the bottom of this article.

A reverse or backing camera is an important car feature that gives drivers an additional set of eyes at the back, aiding visibility when trying to park in reverse, or when getting out of a parking slot. Thankfully, TMP realizes its importance and adds it to the features of its best-selling sedan. Of note, only the top Vios variants will get the feature as standard, which includes the E Prime, G, and G Prime. If we’re to catch the drift of TMP’s announcement, the added feature will be standard to brand-new Toyota Vios units that will be sold, moving forward.

Now, it’s a different story if you’re someone who recently purchased a new Vios. If you would like to have the feature added, you better call your car sales agent and inquire.

TMP hasn’t mentioned any additional price hike with the said add-on. To recall, TMP has given the 2019 Fortuner an important update this year in the form of a better head unit with Apple CarPlay and Android Auto capability. Even better, the update didn’t come with an additional price, so it’s more likely that the said update on the Vios will follow the same pattern and keep its current price tags.

Kudos to TMP for adding the said feature to your best-seller. You know what they say, it’s better late than never, right?