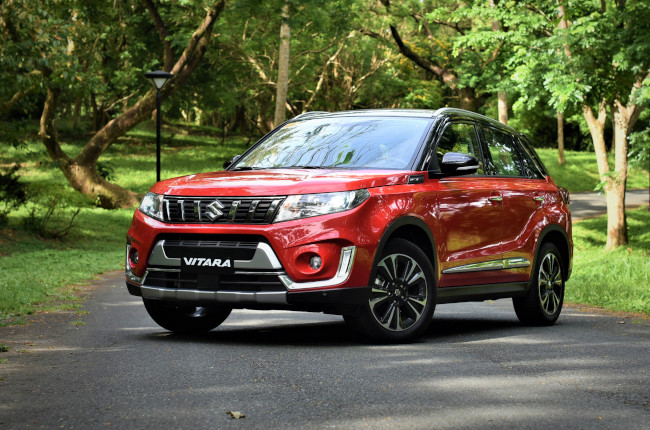 Suspension of the Suzuki Vitara production at the Hungarian plant has been announced, with it set to be effective on September 6, 2021. As per the brand, they will be halting production at the Magyar Suzuki factory in Hungary for two weeks given the chip shortage.

It is a bit concerning granted that the new Suzuki Vitara ALLGRIP is sourced from Hungary. So does this mean Filipino customers should expect delays in waiting for their unit? Well, Suzuki Philippines did state that they have enough inventory of the Vitara ALLGRIP which should still cater to some interested customers throughout the 2-week suspension period. With that, they were able to confirm that customers need not expect any delays in waiting for their unit.

Locally, the Suzuki Vitara had its lineup completely revised, with the lower GL variants now gone on picture enters the new and sole ALLGRIP trim. Notably, it’s one subcompact crossover in the market to have an all-wheel-drive (AWD), more importantly, it sits at an affordable price range giving it a unique selling point in the market. Aside from its more advanced drivetrain, the updated model also features a slightly revised exterior, interior, along with the addition of an updated touchscreen with Apple CarPlay and Android Auto.

The global chip shortage has been triggering the production plants of many automotive brands. Aside from Suzuki, Toyota has also paused its vehicle production in Japan several times already. Nissan and Mitsubishi, on the other hand, have also been struggling with the global chip shortage, as both brands already announced that fewer of their models will be produced this year due to the lack of semiconductors.

Hopefully, this ongoing conflict should end by next year or if still unfortunate, perhaps by 2023. For now, brands will have to face the global chip shortage and find ways on how they can surpass the situation.