Suzuki Philippines is proud to introduce its newest Vitara variant for the Philippine market. If you’re familiar with the rest of the Suzuki lineup, you will notice that the AllGrip monicker is given to cars that have all-wheel and four-wheel-drivetrains (4WDs). While the Jimny was the only one that carried the name in the past, the Vitara will now share the same honor in a package that is larger, seats up to 5 people, and is a top-spec addition to the lineup.

Noted for its value-for-money proposition, the Vitara had a successful marathon of sales back when it was first launched in 2018. The year 2020 saw the axing of its top-of-the-line and mid-level variants, the GL+ and GLX, much to the dismay of Vitara fans all over the country. However, they weren’t left in the dark as Suzuki made promises of a more exciting variant to be delivered. Little did we know that capability will be the name of the game with the introduction of an AllGrip all-wheel-drive (AWD) system. Fast forward to 2021, and Suzuki made good on their promise, launching the 2021 Vitara AllGrip AWD. The subcompact crossover has the same dimensions as the two-wheel-drive (2WD) models, measuring 4,175 mm long, 1,775 mm wide, 1,610 mm tall, and with a wheelbase of 2,500 mm. Ground clearance is rated at 185 mm, which gives the Vitara some ample space between the under-chassis and the ground.

It still retains most of the look that the current generation models have, save for a few bits of AllGrip badging, yet it has the same wheels that were notably found on the GLX variant. It still has projector headlamps and foglamps in the front that flank a grille with chrome bars spanning the length of it. The LED taillamps make another appearance and look good for what they offer. Combined with halogen bulbs, it gives the crossover a premium appearance. It’s still the same story with the AllGrip variant. The interior received a few minor changes, but it’s still the same simple layout that we’re familiar with. Aside from a few small touches, it’s pretty much the same story. However, the most substantial update is with the infotainment system. The new Variant comes with Android Auto and Apple CarPlay along with a clinometer if you're feeling adventurous. It still is 10 inches big, but it's now more capable and features more utility for smartphone users.

You also get the added benefit of paddle shifters and the AWD mode selector which can change the driving mode depending on the surface that the Vitara is driving on. Space at the rear is still the same and so is the cargo area which is rated at 375 liters with the seats up and 710 liters with all the seats folded. 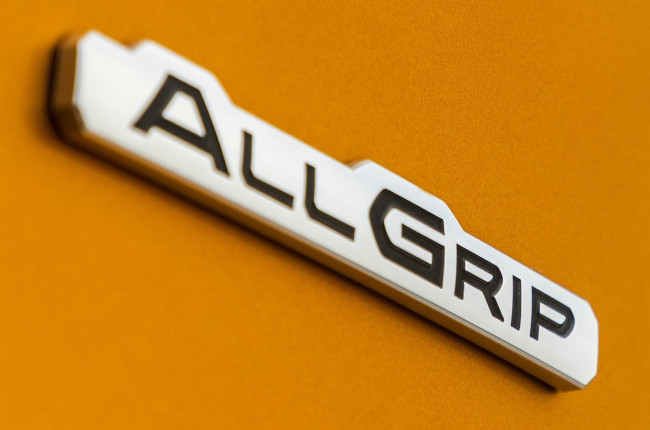 Now, on to the main course if you will. Suzuki does a fantastic job of creating a system that sends power to all four wheels. The AllGrip feature in the Vitara isn’t your typical AWD system that leaves it to a computer to calculate everything. It’s a happy medium between a true 4WD and traditional AWD. As stated, there is a drive mode selector in the cabin that allows you to set certain drive modes depending on the condition.

The auto mode will only send the power to the front wheels and only send power to the rear if the car senses that it is slipping thereby mimicking a traditional AWD setup. Meanwhile, there is also a sport mode baked in that will send power to all four wheels which net sharper handling and more grip. Traction control will also intervene less when this mode is active. Next up is snow mode, which distributes the torque of the motor in a 50:50 ratio to the front and rear wheels. This mode allows the Vitara to be piloted on slippery surfaces and helps retain control of the vehicle. Last is lock mode, which sends torque to all four wheels and uses the brakes to control the slipping tires and prioritize the wheels with grip.

As for the engine, it will come with the same 1.6-liter motor found in the current generation Vitara. It produces 115 hp and 156 Nm of torque mated to a 6-speed automatic transmission. Nothing new here, just a tried and tested motor paired with an all-new drivetrain system. If you look at the price of the capable crossover, it costs just under P1,500,000, which is quite a lot of a car of its size. However, looking at the other market options, the AllGrip undercuts its subcompact AWD rivals by quite a bit. The Subaru XV is one such rival and that model is more expensive.

To be precise, the AllGrip variant of the Vitara costs P1,458,000 and tops out at P1,468,000 to get the two-tone color option. While it may seem a bit expensive considering that it is P300,000 more expensive than the 2WD GLX variant, note that the increase is similar to that of midsize SUVs whenever the manufacturer jumps from a 4x2 system to a 4x4 system.

Time will tell whether the Suzuki Vitara AllGrip will perform well. Only a review will tell whether it’s as capable as the brochures claim. Whatever it is, we can’t wait to get our hands on it to test its capabilities.