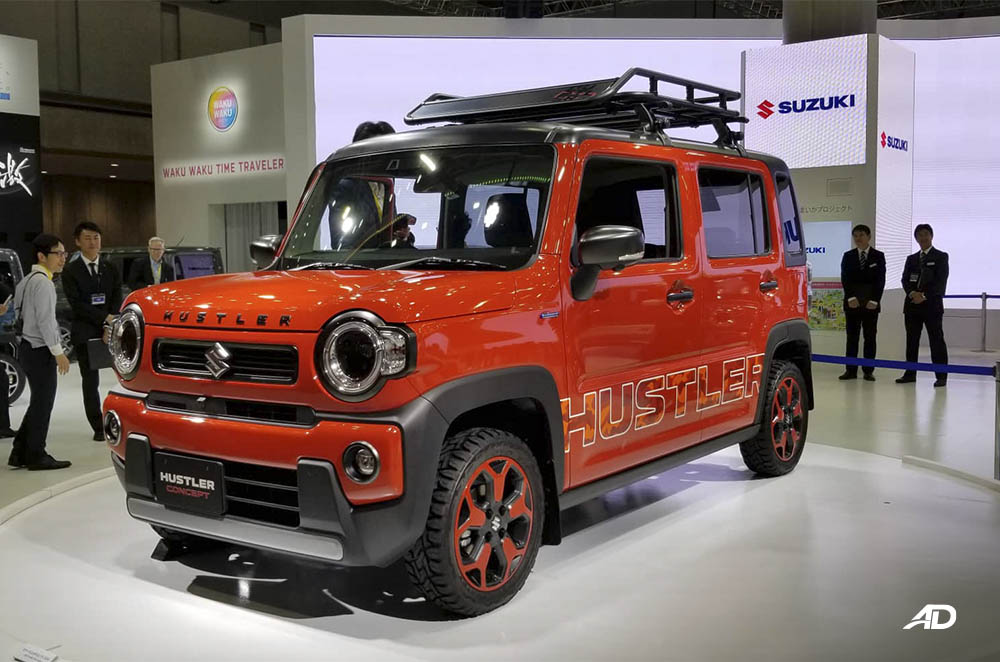 If a Hustler is an aggressive enterprising person then this is it in the metal. Suzuki unveils the  Hustler 4x4 concept at the 46th Tokyo Motor Show. A small box hybrid off-roader, ready both for city and unpaved roads.

The Hustler is still a Kei car on its second generation. It first entered production back in 2014 and since then evolved to what it is today. The concept vehicle shares the same design cues as its bigger brother the Jimny but features a boxier design. The Hustler 4x4 concept Kei car has the boxy looks of a capable off-roader but in a smaller body. On the outside, it comes in two forms. The first is a more subdued version featuring black wheels, while the other version features body-colored wheels and Hustler stickers on either side. It also features a blacked-out roof and a rear hatch, plus a blacked-out C-pillar and boxy taillights that resemble the rear of a Jeep Wrangler.

For lighting, the mini off-roader features projector headlights up front paired with halo style daytime running lights, as well as fog lights on the lower bumper. 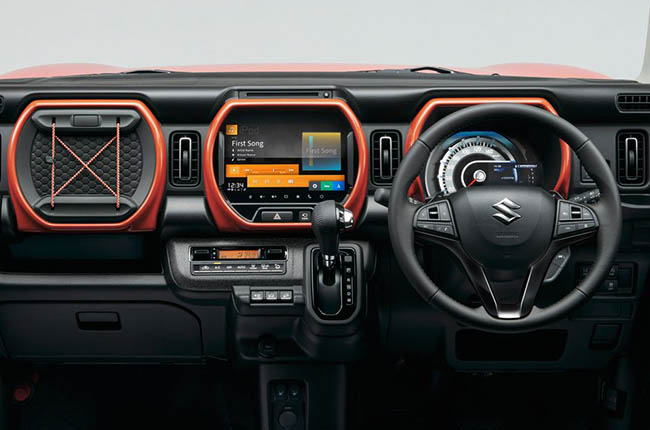 The Hustler’s interior adapts the rugged look of the exterior. The dashboard contains three box-like shrouds – the first contains the speedometer and tachometer, the next contains the rather large head unit, and the final box serves as a storage area. Just below the infotainment system is the climate control system.

While the interior space in the vehicle is small there is still enough seating for four adults. When cargo space is needed the rear seats can fold flat, just like the Jimny.

Powering the Hustler 4x4 Concept is a three-cylinder turbocharged engine that is attached to a CVT and a mild hybrid system. Being a mild-hybrid vehicle, it means that the battery is significantly smaller than that of full hybrid vehicles. It does, however, maintain the positive traits of a hybrid such as fuel efficiency and pure electric range. Power figures aren’t disclosed yet since this is still in the concept phase.

There is no word yet if Suzuki Philippines will bring in the Kei car into the Philippines. But if it does, it will be a welcome addition as a possible 5-door version of the Jimny.