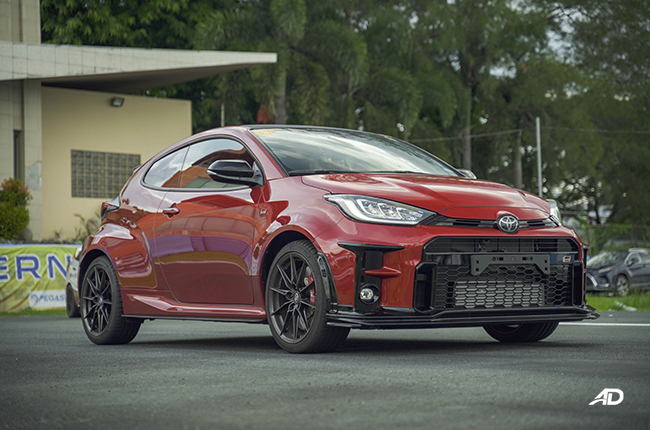 The Toyota GR Yaris proved to be one of the brand’s most sought-after models in the Philippines. As soon as the hot hatchback launched last year all of the initial 130+ units that were brought in were already accounted for. Aside from being a homologation spec all-wheel-drive rally car that is ready for the road, it also came with an attractive price point of P2,650,000.

A quick check of the Toyota Motor Philippines website now reveals that the pricing for the hot hatchback has increased and is now at P2,740,000 which represents an increase of P90,000. An odd move for the Japanese automaker to do since all of the allotted units for the Philippines are already supposedly allocated. This only means that Toyota has plans to bring in a second batch of the GR Yaris into the country in the coming year.

As the model has already been proven to be a hit it's no surprise that Toyota Philippines would naturally want to bring in more units. However, there is no word yet as to how many more units will come in but the speculated number is that the local automotive market will have a total of around 230 units once the second batch arrives. This means that the Philippines will receive the biggest allotment of the GR Yaris in the Asia Pacific region with the limit for the area supposedly being 700 units. As Toyota only needs to make 2,500 units total for the vehicle to meet FIA rules, these performance hatchbacks could prove to be collector's items in the near future.

With the new batch already on the way to the country, we highly recommend that you get in contact with your preferred Toyota dealer so that you can secure a unit before they all get sold out. Judging by the popularity of the initial batch of the hot hatchback this second batch should sell out pretty quickly as well.