After receiving over 13,000 orders, Volvo is proud to announce that the XC40 has rolled off from the production line. The Swedish carmaker says customers can expect their new compact SUVs to arrive early next year.

Volvo boasts that the XC40 is made in their plant in Ghent, Belgium, which received considerable investments in recent years. This helped them transform it into a global export hub that can produce cars with the help of 363 new robots in an 8,000 square meter body shop.

As for the compact SUV itself, Volvo built it on a new platform called the Compact Modular Architecture (CMA). Co-developed by Chinese carmaker Geely, it’s slated to underpin succeeding cars in the 40 series. 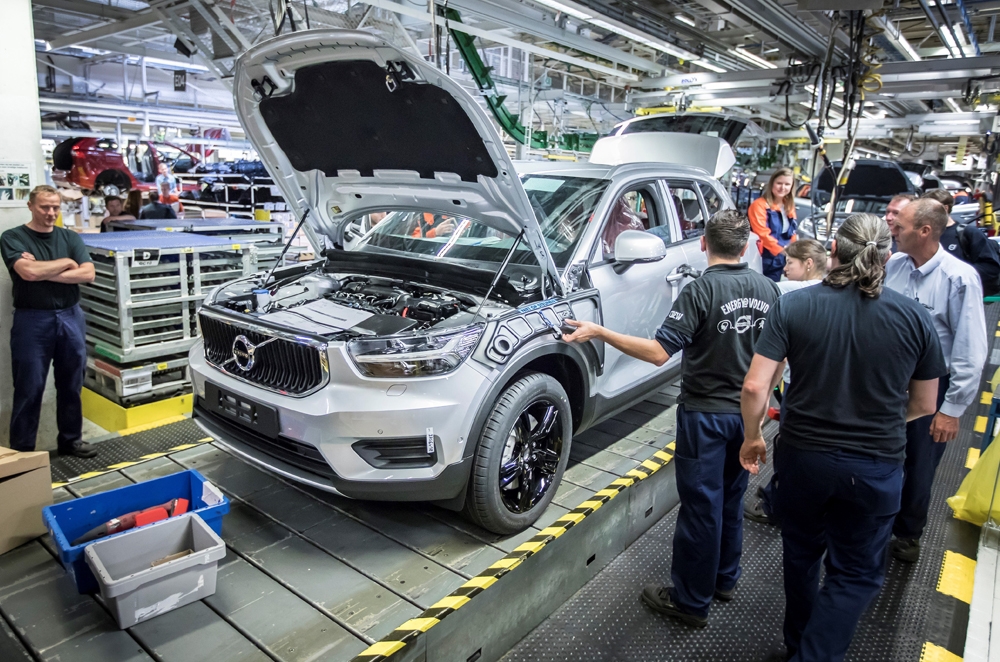 Initially launched in September, the XC40 is Volvo’s entry to the premium compact SUV segment. It has a youthful exterior design highlighted by a new front grille, sleek LED headlights, large wheel arches, and chiseled body. In addition, its 2-tone color scheme, which has up to 17 combinations, provide a hip look to this compact SUV.

Aside from that, the XC40 shares the same interior and safety features from its cousins, the new XC60 and XC90, which add a sense of familiarity especially to current owners.