Toyota Motor Philippines has been on a roll lately with multiple model launchings this year. First, it was the refreshed Toyota Wigo, then it was the refreshed Toyota Vios, and more recently the introduction of the all-new Toyota Corolla Cross. Now, however, it looks like the Japanese automaker wants to continue its momentum into September. The automaker has sent us a save the date invite indicating that it will be releasing something special for the 12th of September. We do not know what it is yet, however, we have our guesses as to what it could be. 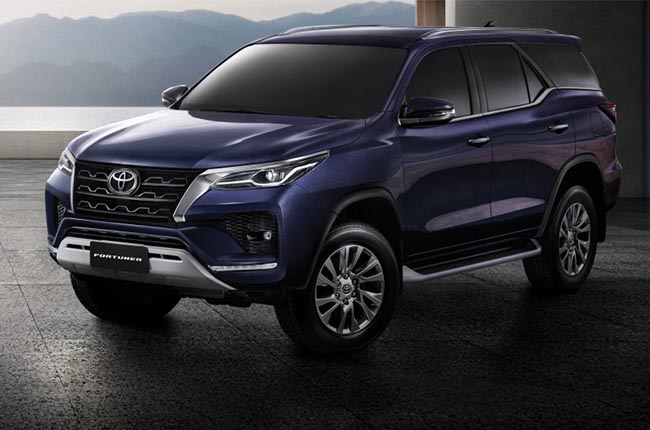 One of the first few possibilities is that Toyota Philippines will be launching the facelifted Toyota Fortuner into the local automotive market. The model already made its global debut in Thailand last June of 2020. It normally takes a couple of months for a new model from Thailand to make its way to the Philippines and as such this makes the facelifted Fortuner a prime candidate for it. There are two options for Toyota if they will be bringing in the facelifted Fortuner into the country. The first option is they bring in the revised front version of the vehicle with the additions of Toyota’s safety sense and the uprated 2.8-liter motor. The next option is for them to bring in the Legender variant from Thailand and rename it to the V variant in the local market. In that matter, it will give the public an incentive to buy the new facelifted model with the Legender face.

Whatever the case may be there have been no sightings yet of the facelifted Fortuner in the country and as such it might be a long shot, at least for the month of September. Toyota might have plans to release the facelifted vehicle towards the end of 2020 sometime in the last quarter of the year. The most likely outcome for the September 12 event is the launch of the facelifted 2021 Toyota Hilux. Making its original debut in Thailand back in June of 2020, the refreshed pickup truck might be going on sale soon in our country. It brings with it a refreshed face, an uprated 2.8-liter turbocharged diesel engine, a revised suspension, and a couple of new features that are sure to interest Filipino buyers.

Related: The facelifted 2021 Toyota Hilux has been spotted in the Philippines This may turn out to be a likely scenario as the pickups have already been seen being transported around the Sta Rosa Laguna area in its various trim levels. We cannot say for sure if the vehicles already in the country will have the uprated engine, however, if these pickups did come with the revised engine then it will make the model more competitive in its segment. We also can’t confirm if there will be a new top of the line model for the Hilux that will be coming with the Toyota Safety Sense safety suite. Pricing is also still a mystery when it comes to the 2021 Toyota Hilux.

While there is no official information out yet all we can do now is wait for Toyota to release more information to the vehicle they plan to launch on September 12. Whatever the case may be coming from Toyota it will surely be another hit in the country.