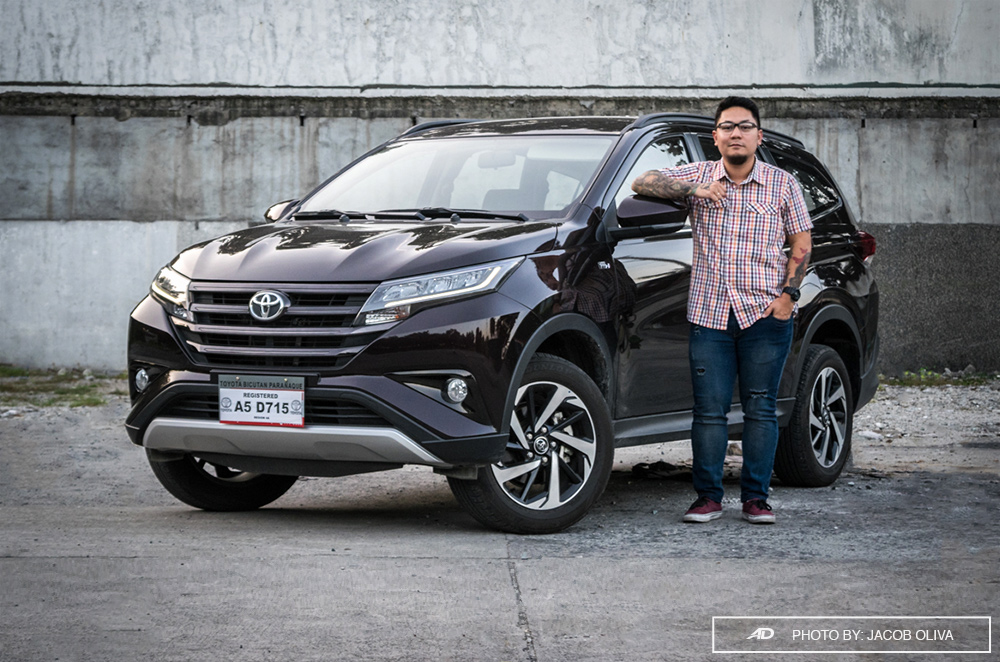 The Toyota Rush is undoubtedly among the most popular models in the Philippine market today. In fact, every time I check the real-time traffic of AutoDeal.com.ph, there are at least five people out there on the internet who are checking out its specs and features through our car guide. And I mean every time.

The best part is, its popularity to Filipino car buyers is understandable. It’s a seven-seater (at least the top G variant), it has an attractive price tag, and it’s marketed as an entry-level SUV. All these three factors point to one thing: the Rush is the perfect vehicle for the Filipino family. Or is it?

Toyota Motor Philippines (TMP) handed over its range-topping seven-seater G variant for us to experience what it offers to car buyers. It was a long wait, yes, but we really think it’s worthy.

Performance
Engine Output (HP), Acceleration, Transmission, Handling 3.0/5
Design
Exterior & Interior Design, Quality, Fit and Finish, Ergonomics 3.5/5
Ride Comfort
Cabin Comfort, Suspension, NVH Insulation 3.0/5
Safety and Technology
Convenience Technologies, Active and Passive Safety Features 4.0/5
Value for Money
Amount of the vehicle you get for the price, Fuel Efficiency 3.5/5
What You Will Like
What You Won't Like
How We Do Our Reviews
Related: 2018 Toyota Rush 5-Seater Review The Rush is relatively big. Its dimensions are 245mm (9.6 in) longer, 35mm (1.4 in) wider, and 10mm (0.4 in) higher than the Avanza, to which it shares a platform with. It has a 30mm (1.2 in) longer wheelbase, too. Design-wise, the Rush looks like a small SUV with its upright bonnet, high ground clearance, underneath claddings, dressed-up bumpers, and roof-rails. All these things tell you that it’s a utility vehicle that could go where most smaller cars couldn’t.

There’s more to love about the Rush’s look than just its SUV appeal. It has LED headlamps that keep the road well-lit at night, good-looking LED taillights, and chiseled hood and side panels that exude its character. The Bordeaux Mica paint color of the test unit gets a thumbs up from me, too. 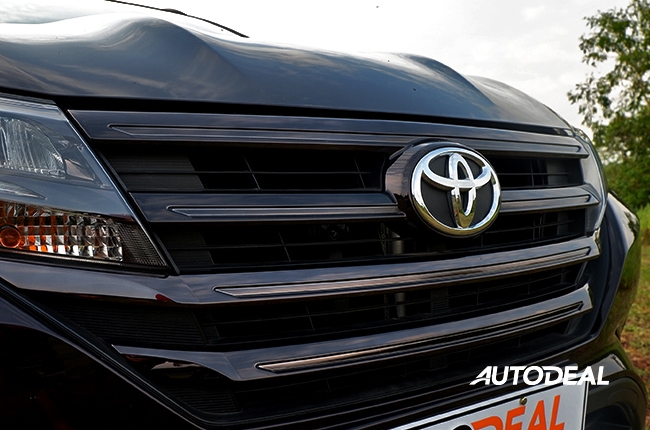 If you’re looking for daytime running lights, well, the Toyota Rush doesn’t have any, but it has guide lights that underline the headlamps and double as your parking lights. Closer inspection of the car will reveal great build quality with evenly-spaced panel gaps. I particularly like its set of two-tone 17-inch alloy wheels. They‘re uniquely designed and match the sporty aura of the vehicle.

At first glance, I really think the Rush looks a lot like the last version of the first-generation Innova with its horizontal-slat grille, albeit, a bit snazzier. Most people call the Rush the “Baby Fortuner,” but I beg to disagree. When viewed from behind, yes, but overall, it isn’t. But that’s just me. Inside, this is where it gets interesting. As expected from its affordable sticker price, the Rush doesn’t offer too much luxury that can be found in the Rav4 or the Fortuner. After all, it’s marketed as an entry-level SUV, which means the materials used are pretty basic to make up for its price tag. There are a lot of plastics found on the dashboard, while the white polyurethane accents with faux-stitches are a bit polarizing and aren’t the best to the touch.

But, the Rush makes up for it with its ergonomics and ease of usage. The buttons and knobs are all placed within arm’s reach, and it’s easy to familiarize with the car’s controls – a huge advantage when going for a Japanese vehicle. The automatic climate control works soundly, as well, and the gauge clusters are clear, along with the multi-information display between the dials that provides sufficient driving info like fuel economy and fuel savings coach, among others. The seven-inch touchscreen infotainment is the same one found in the Yaris. It has a colorful display that’s soft to the eyes and it’s easy to use. It pairs up with Apple devices via USB or Bluetooth, but Android phones would need to settle with Bluetooth or Aux input to play music. Handsfree calls are a cinch and the sound produced from the eight speakers is crisp and clear. One thing I like the most about the Bluetooth connectivity is that it disables the keyboard when your smartphone is connected. Talk about safety.

There are plenty of cup- and bottle-holders inside the Rush. Like 13-piece plenty found even up to the last row, and they’re proven handy when you decide to buy drinks during a long road trip. Outside noise is well-isolated (except for the engine’s sound), and the soft cloth-clad seats meant comfort for all occupants, save one – the driver. 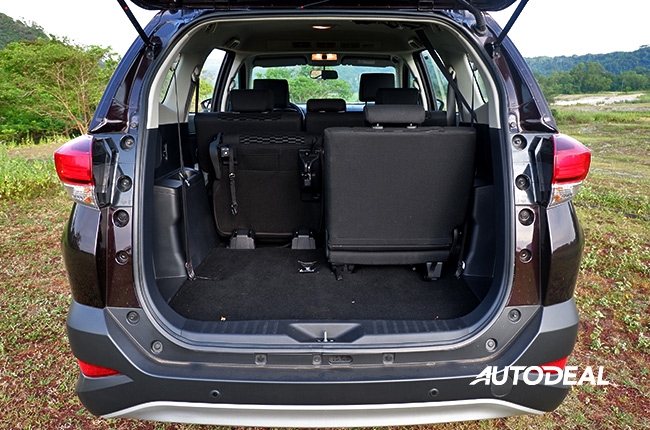 It’s kind of hard to find the ideal driving position with the Rush with its non-telescopic steering wheel. I had to resolve to positioning the driver seat nearer the dashboard than what I normally prefer. Good thing, the interior space is generous for the front cabin and second row.

The last row can make do for people standing 5’6” and below, but beyond that, they may want to stay in the second row. Your only consolation in sitting at the third row is that ingress and egress are easy with stumbled seats. Also, air-conditioning works fine up to the rear occupants even during a hot day. If you would like to use the rear for cargo, you can fold and stumble the third row to maximize the space. 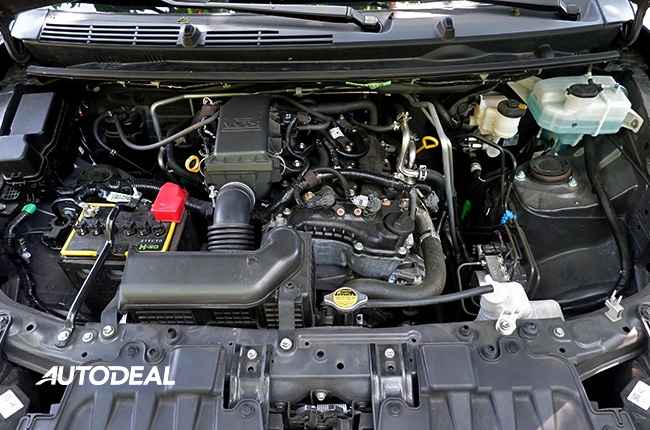 While space inside the Rush is above average, its suspension setup leaves a lot to be desired with. It’s not as stiff as the Avanza, but it isn’t a walk in the park either. Remember, the Rush rides on a body-on-frame platform, so the front has McPherson struts while the rear has a multi-link setup, just like in midsize SUVs. And just like midsize SUVs , it’s a bit bouncy as well, which is quite expected. The ride gets a bit better when the Rush is fully-loaded, but that spells trouble for the 1.5L gasoline engine.

Under the Rush’s hood is the 102-hp 1.5L 2NR-VE Dual VVT-i gasoline power plant that can also be found in the Avanza. It has the same four-speed automatic transmission, too. Now, the Avanza isn’t a quick car to begin with, so it isn’t rocket science that putting its engine in a bigger and heavier Rush is a decrement to its power-to-weight ratio. There’s no easy way to say this but the Rush really felt underpowered when driven – even with just two people inside and more so when the car was full. It wasn’t eager to move forward from a standstill, and you would need a lead foot to push it to speed when overtaking. The four-speed transmission was also a bit hesitant to send power to the rear wheels; you would need to reach around 3,500 to 4,000 RPM before you’d feel the pull, and that’s not good news for its fuel consumption.

In fact, driving around city traffic at 15 km/h average, the Rush clocked in 6.9 km/L, while faster paces at around 60 km/h read 10.8 km/L. Highway runs, which proved to be its greatest nemesis, registered 14.1 km/L at an average speed of 90 km/h. ECO mode could improve these numbers a little, but yes, that would mean you’ll have to leave earlier so you won't be late to your appointment. As engine performance wasn’t the Rush’s best suit, but so was its handling. Don’t get me wrong; it’s a pleasure to drive around the city with its light steering feel. There’s also a generous amount of forward-driving visibility with its commanding ride height and there’s a useable rear-view camera when backing up. Problem was, the light steering felt numb at speeds; it’s like a naughty kid on a sugar rush. I often found myself correcting the steering wheel either at highway drives or when tackling long curves. The brakes were enough for safe halting but could be improved.

With all things considered, the Rush scored good points when it comes to what a Filipino car buyer would look for in a family vehicle. Space, ease-of-use, overall comfort, and seating flexibility – all in a package with a P1,070,000 price tag for the 1.5 G AT variant. But truth be told, the Rush can’t give you the rush that you would normally like in a car. Don’t expect too much from this car when it comes to power, and you’ll be fine.

But then again, if safety is your priority, the Rush shines brightly with its ASEAN NCAP safety rating, even outdoing its closest competitor. Well? 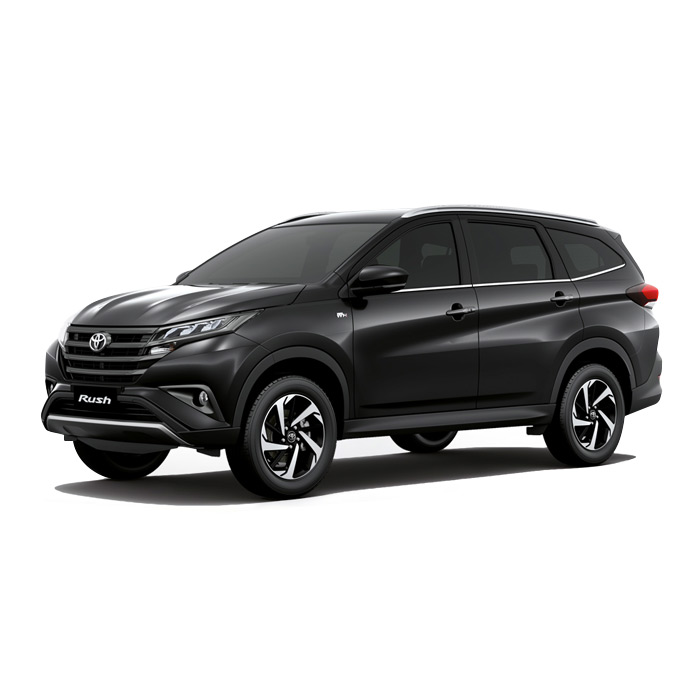 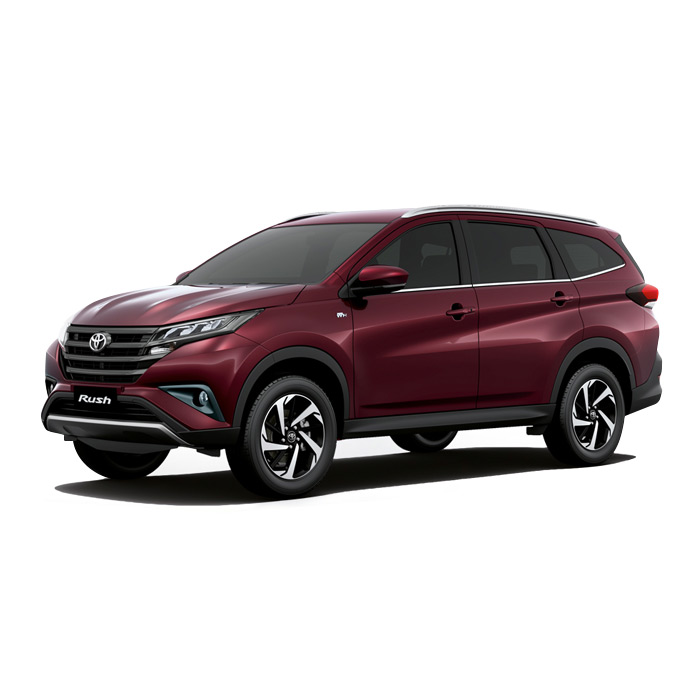 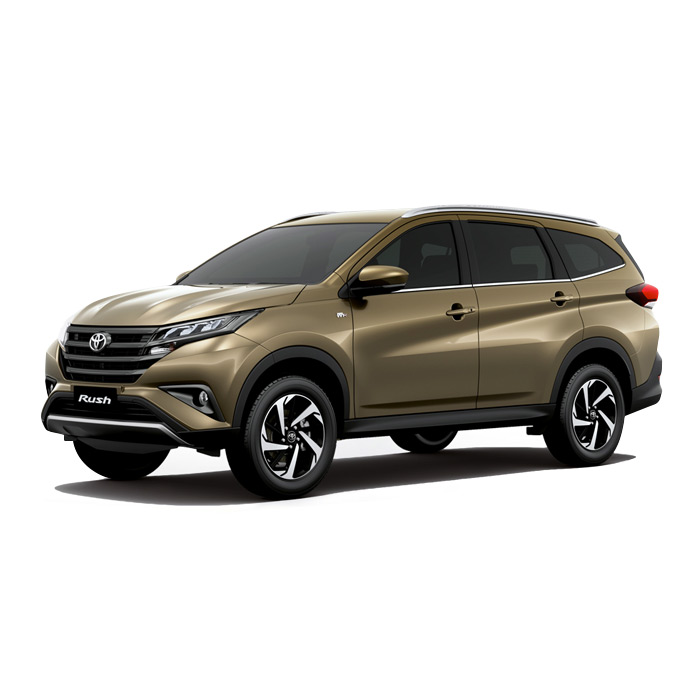 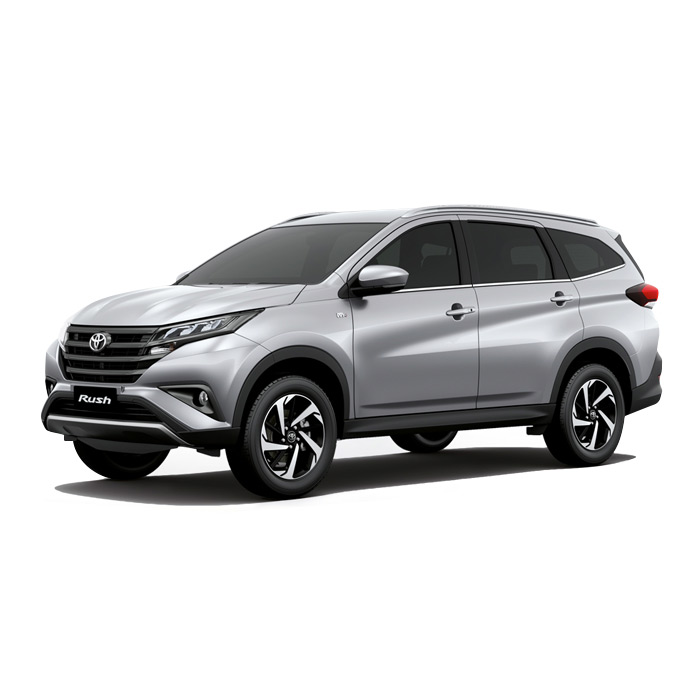 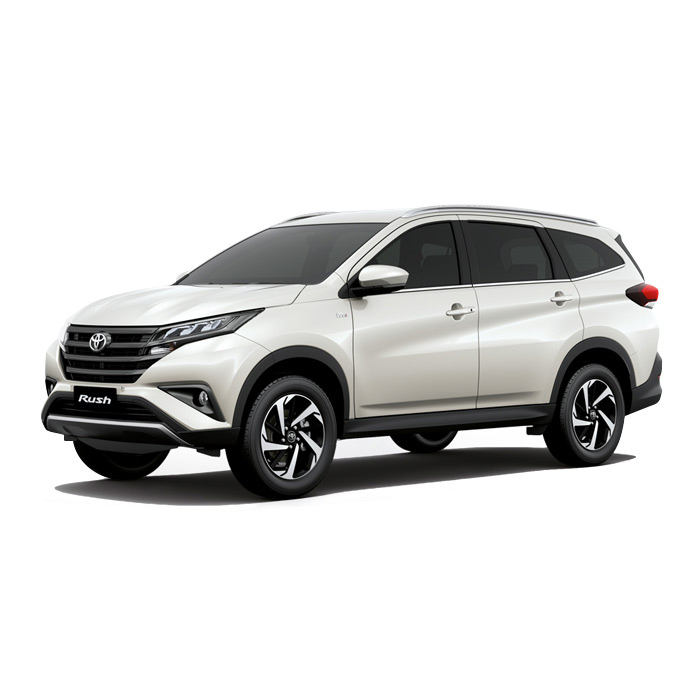 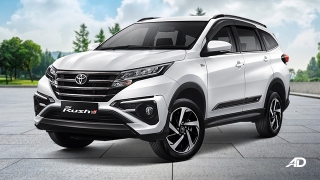