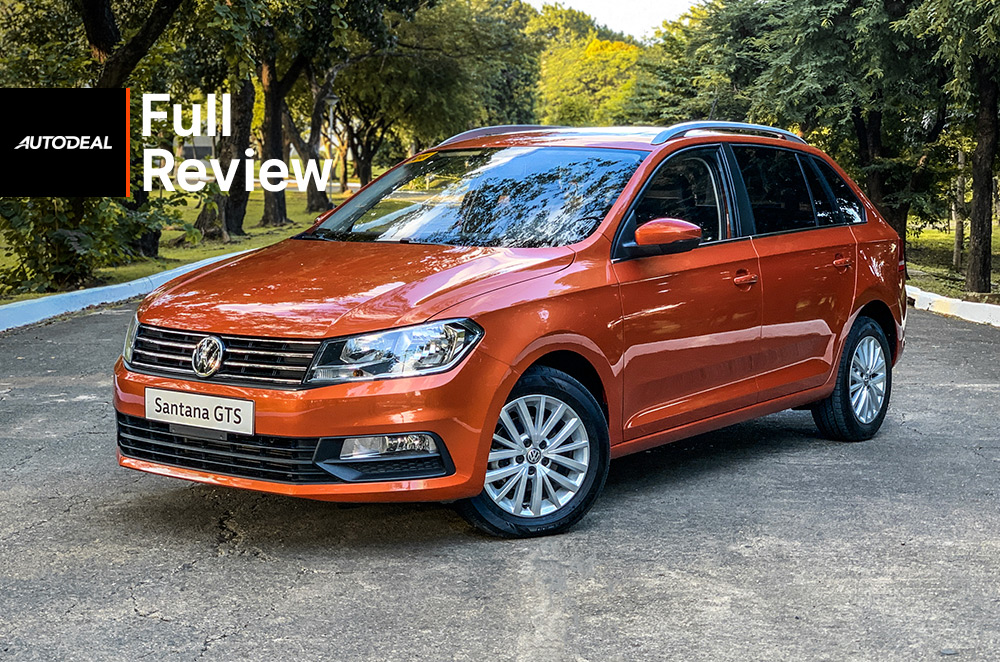 Here’s a quick fact – there are only three mainstream wagons you can buy brand new in the Philippines today. That measly number in the sea of local vehicle options tells us one thing: The majority of Filipino car buyers don’t appreciate wagons. I said the majority because I, for one, love wagons and all the logical sensibilities that come with the body type. And, I know a handful of people who share the same adoration.

But wagons in the Philippines come with a price, except for this – the Volkswagen Santana GTS. With a price tag that barely brushes the 7-digit mark, it is an affordable option if you’re looking for a family vehicle but you aren’t a fan of seven-seaters.

With that said, is it a great car? Here’s a full review. 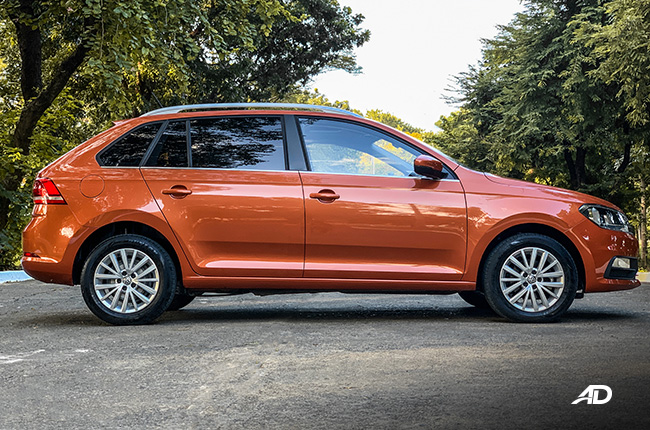 Let’s settle a dilemma here: Is the Santana GTS a wagon or hatchback? Apart from the GTS name that VW wagons carry, the Santana GTS has a D-pillar and a somewhat long rear overhang, which signals us to call it a full-fledged wagon. Simply put, if the Santana were to be a hatchback, it should have a shorter overhang.

Just like the rest of the Volkswagen vehicle lineup, the Santana GTS shares the no-nonsense styling, filled with horizontal lines, subtle creases, and straightforward design execution. As I’ve said before, these traits make VW vehicles timeless. I don’t mind the lack of DRLs and LED headlights, really, plus the LED taillights look quite good especially at night, so that’s a kicker.

However, if I were to redesign the Santana GTS, I would probably give it a longer roof so it would have a more conventional rear windshield angle, just like the now-defunct Golf GTS. Now, excuse me for a bit as I’m still mourning for the latter’s loss. 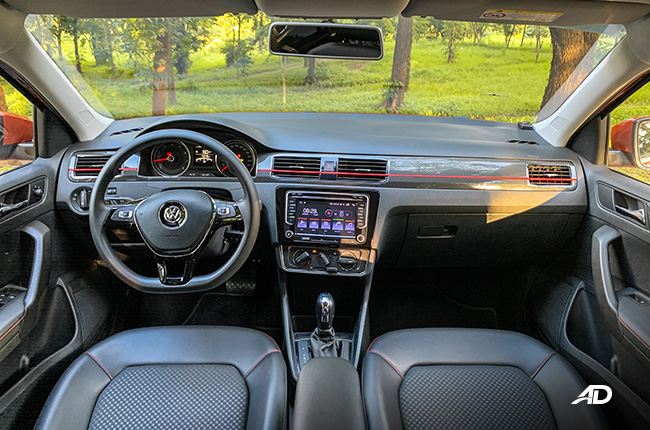 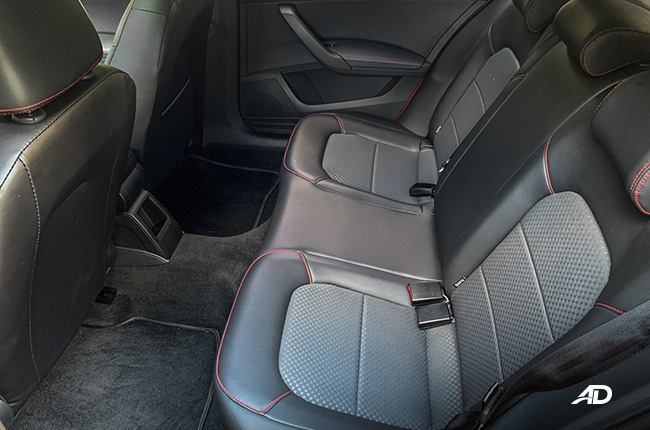 While the Santana sedan gets a tamed, gray-themed cabin, the GTS variant is a tad sporty thanks to the faux-carbon fiber prints and red accents found all over the cabin. The GTS’ seats also have red stitches on them to support the sporty appeal.

Other than the accents, the Santana GTS’s interior is highly similar to that of the sedan’s, which means ergonomically-placed buttons, hard durable plastics, and leather (on some parts) fill your personal driving space. You’ll also get a sunroof and an adjustable armrest in front, which are actually nice additions to a car of this price (save for when you’re disengaging the parking lever). The rear end, however, is voided with niceties and will have to make do with a storage cavity behind the center console.

Now, of course, a wagon is synonymous with trunk space. You have 372L cargo estate available with the rear seats erect – not too much but you have to remember that this is still a subcompact. However, folding the backrests down and removing the tonneau will give you 1,225L worth of boot space. You won’t see those numbers on a hatchback, more so, on any passenger car below P1-million. Ride comfort is probably the Santana GTS’ greatest trait. The suspension works well to not succumb to unforgiving urban roads – absorbing most of the impact without inflicting the jarring effect on the occupants. On paved roads, the wagon remains composed and pliant even at speeds.

Another one for comfort is this car’s ample head-, wiggle-, and leg-room for four people. It’s a party inside and you can thank VW for giving this car a high roof. Adding a third passenger would be a squeeze but still possible. NVH insulation is quite alright for the most part except when reaching around 80 km/h where wind noise starts to creep in.

With a seat-height adjuster and a few tweaks on the driver’s seat, it wasn’t a challenge to find a comfortable driving position, although I still hope it does come with a telescopic steering wheel. 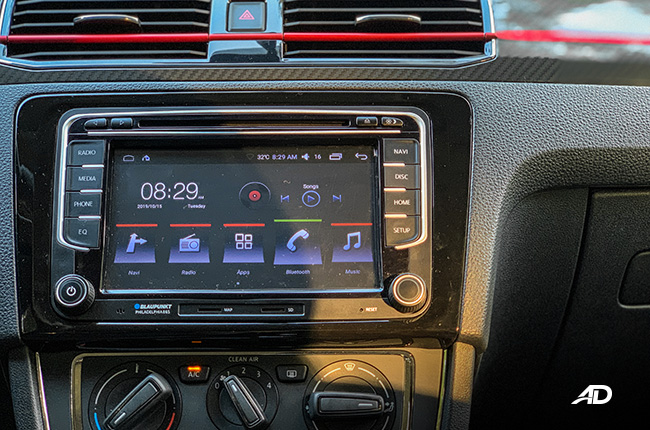 At a price tag below P1-million, there are things that I was surprised to find inside the Santana GTS. First, cruise control. Even with its unconventional placement, having one at this price point is a huge plus, especially if you’re among those who use expressways a lot. Next, it has an auto start/stop function, designed to help with fuel efficiency. Now, I’m not a fan of idle start/stop feature at all. Not just in here but in any other vehicle because honestly, I have yet to find one that would not make me look/sound like I stalled the engine in the middle of a queue.

Moving along, air conditioning and seat adjustments are manual, and so are the headlamps and rain wipers. Everything else is power-assisted, which includes the door locks, windows, side mirrors, and sunroof. This particular unit comes with the optional Blaupunkt touchscreen infotainment for an additional P31,000. The unit’s user interface and four-speaker setup are on the average but since it’s a third-party device, it has its quirks – like the non-integrated USB ports that you have to pull out from the glove compartment. Dual front and side airbags, ISOFIX child seat anchors, ABS with EBD, seatbelt reminders for front occupants, five 3-point seatbelts, and stability control – the Santana GTS is above the average set when it comes to the safety features it comes with.

To avoid unwanted scratches and dings, it also comes standard with rear parking sensors whether you’re getting the Blaupunkt unit or not. But if you’re getting the touchscreen system, adding P5,000 more will also get you a parking camera. 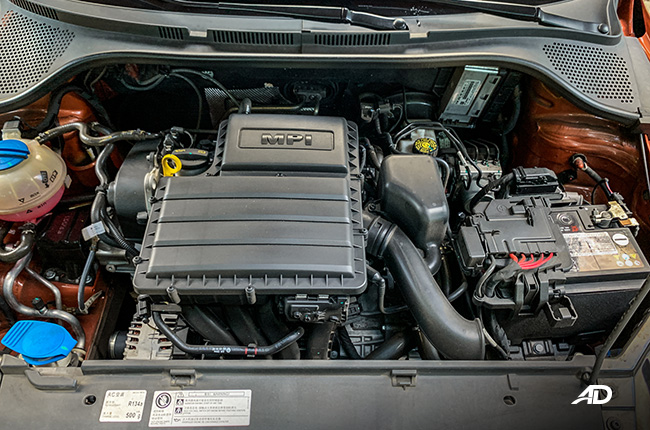 Powering the Santana GTS is a 1.5L MPI naturally-aspirated gasoline engine that makes 108 hp and 150 Nm of torque. Those numbers aren’t a lot but frankly, the powertrain combo worked quite well in making me feel like I was driving in a spritely manner.

The Santana GTS wasn’t a fast car, of course, but it got up to speeds easily even without switching to the rev-happy S gear. There wasn’t any manual mode but that’s fine as the 6-speed torque converter automatic transmission was responsive enough to varying accelerator inputs. Well, enough, but not exemplary. One caveat, though, was during stop-and-go traffic. The transmission was a bit hesitant to send power from a standstill. It can be bothersome at first but I got used to it midway through this media unit’s lend out period.

You don’t need a lead foot to get (the Santana GTS) going. No, far from it. But there’s a slight hesitation at lower revs.
Caco Tirona
Senior Car Reviewer – AutoDeal Videos

Handling was expected for a wagon designed for comfort, so take it easy on mountain passes and winding paths. Within the city, the Santana GTS was a cinch to maneuver into tight spaces since it didn’t feel wide or long at all. The electronically-assisted steering had a nice weight to it but feedback could still be tightened. Braking needed improvement, too; it accounted for safe halting but the pedal felt a bit spongy. 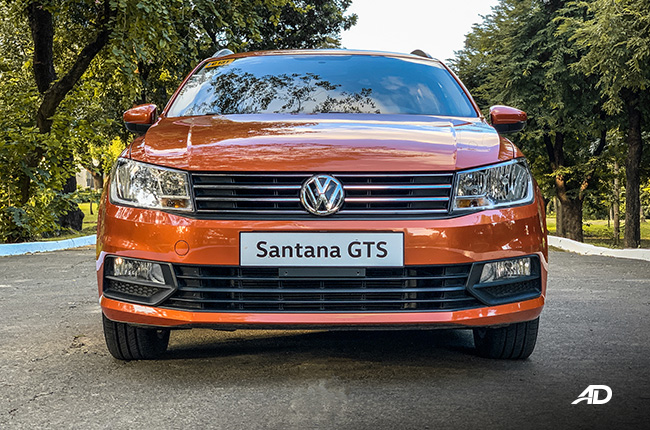 The Santana GTS returned decent fuel efficiency numbers during my tests. I got 7.6 km/L in heavy traffic, while highway drives with the cruise control set at 90 km/h clocked in 22.4 km/L – numbers expected from a car that needed effort in moving from a standstill but a joy to drive out on open roads. 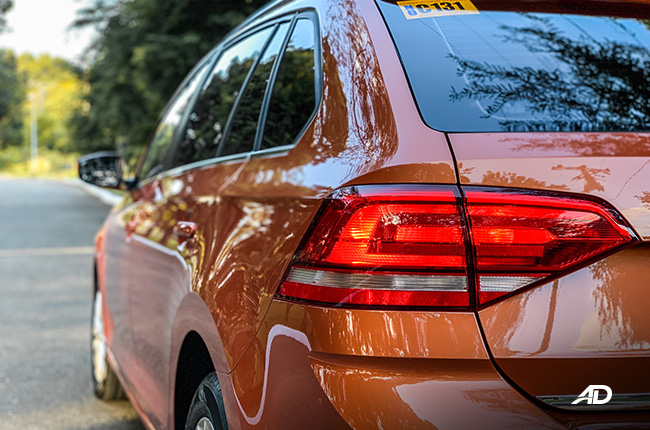 Pliant ride, nicely-equipped, decent on-road performance, and very flexible interior space – all for P998,000 if you opt for the non-touchscreen head unit. The Santana GTS presents good value in a family-friendly package, perfect for small families or even for bachelors who want a small car that can haul a lot.

There are faults, as all cars do, but it’s hard to dismiss one fact that comes with its price tag: The Santana GTS is the most affordable wagon that your hard-earned money can buy. 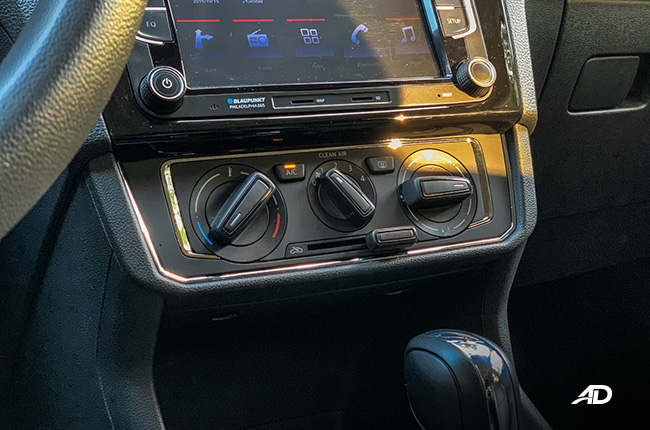 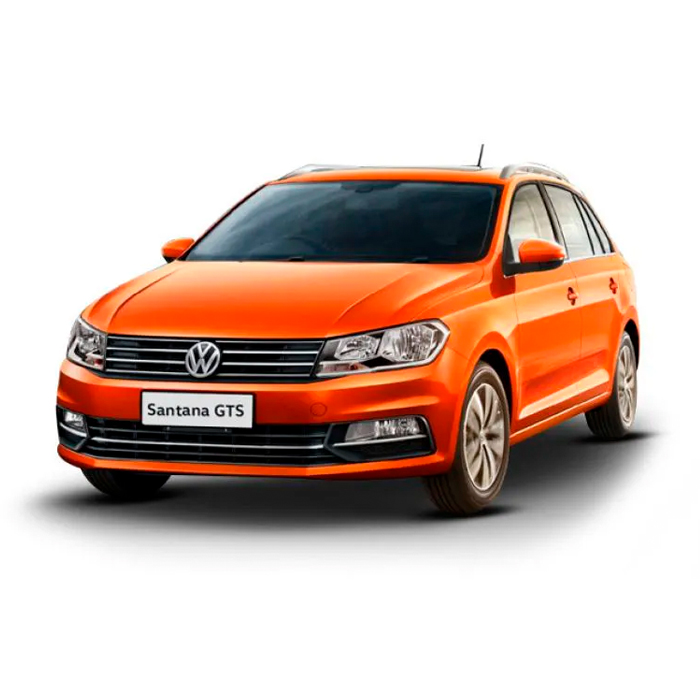 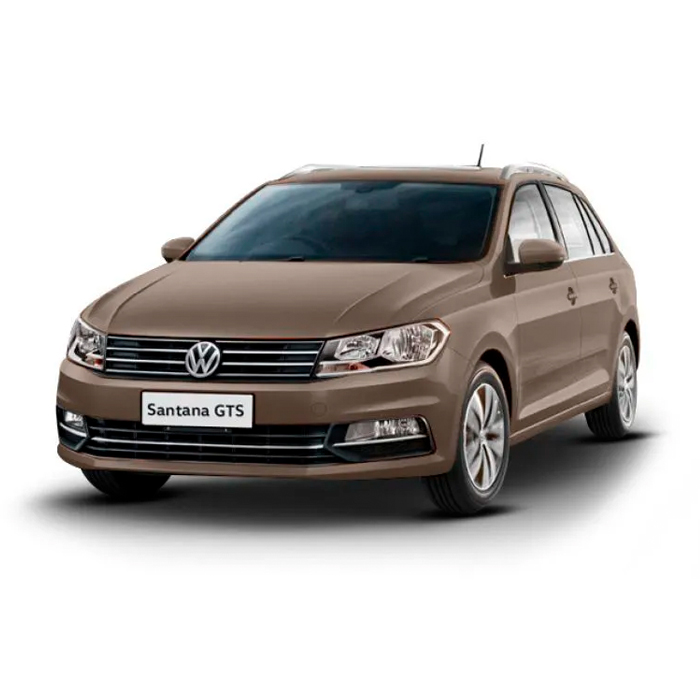 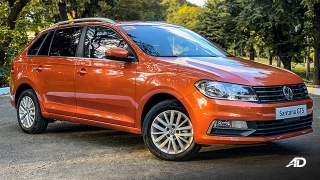