In 2022 Peugeot Philippines came under the management of the Astara group. With new leadership at the helm, came a new set of vehicles. While the French brand introduced updated versions of its popular crossovers which were the 5008 and 3008 along with the Traveller Premium, it also brought in a new model in the form of the Peugeot 2008. It was formally launched to the public at the 2022 Manila International Auto Show and was poised to take on the subcompact crossover segment.

With it now available in the Philippine market, it now begs the question, is it worth getting especially with its modern feature set or does it have room for improvement? We help you find out with our review of the Peugeot 2008 1.2 Allure AT.

Performance
Engine Output (HP), Acceleration, Transmission, Handling 3.5/5
Design
Exterior & Interior Design, Quality, Fit and Finish, Ergonomics 4.0/5
Ride Comfort
Cabin Comfort, Suspension, NVH Insulation 4.0/5
Safety and Technology
Convenience Technologies, Active and Passive Safety Features 4.0/5
Value for Money
Amount of the vehicle you get for the price, Fuel Efficiency 3.5/5
What You Will Like
What You Won't Like
How We Do Our Reviews Just like many of the vehicles that Peugeot has available globally, the 2008 crossover takes on the brand’s signature design language. This consists of many cat-like styling cues. This begins with its LED headlights that look similar to a cat’s eye. Its fang-like LED daytime running, and its signature lion claw LED taillights.

Its overall look is that of a typical SUV with a long hood, boxy angles, and an athletic figure. It also has plastic body cladding on the sides to further complement its SUV-like design. It also comes with a sliver accent on the side that is accompanied by a rising belt line and a blacked-out C-pillar to give the illusion of a floating roof.

At the back, it looks similar to its bigger siblings as it comes with a broad rear, a relatively flat tailgate, and a black accent across the tailgate with the Peugeot logo on it. Its back glass is nice and flat, however, due to its design seeing out the back can be a bit difficult without the aid of a reverse camera which the vehicle is equipped with. One thing we noted is that the rear bumper while great for absorbing crash impacts is a bit too chunky for the vehicle. It's great for safety but it's a bit of a hassle to deal with when loading and unloading items as you have to bend further to access the trunk.

Overall, the Peugeot 2008 design is great and is what you would expect from the French automaker. It fits right in with the rest of its competitors in its segment and provides unique styling that many will enjoy if they want to stand out in a sea of traffic. Entering the Peugeot 2008 and you are greeted by with modern dashboard design. It comes with a dual-layer layout which separates the top half from the bottom with a faux carbon fiber accent. Like its other siblings, the cabin is texture-rich albeit with plastics instead of a mixture of leather and denim-like materials. It's good for what it offers and leans more toward the utilitarian side. Storage is great as the center console comes with two cup holders along with a dual-layer shelf in which you can put loose items. The glove compartment is also surprisingly deep which is great if you want to store items there. Just like its bigger brother the 5008, there is enough room in the center console storage box for a sizeable bottle which adds to the utilitarian aspect of the Peugeot 2008. 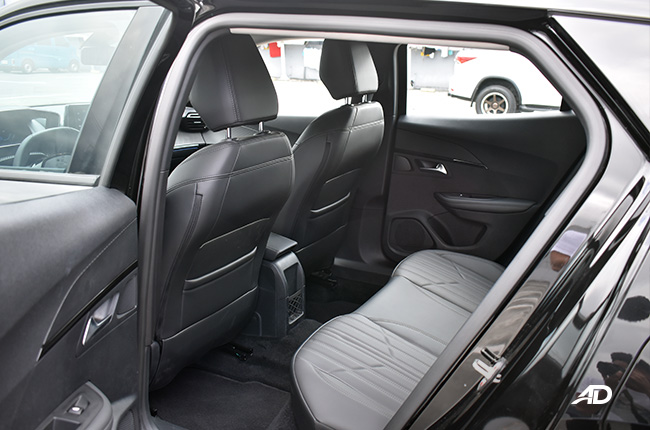 When it comes to comfort, the Peugeot 2008 is decent for what it offers. The front seats are great and supportive but the cushioning isn’t as plush as its bigger brothers. While it's supportive it is on the stiffer side which can cause some considerable fatigue on longer drives. The rear is also a bit tight. Despite this being a five-seater vehicle, the center seat is best for a child and not really for an adult. You can fit three adults at the back but they will be shoulder to shoulder. Just like the front, the seats in the rear are a bit stiff as well. The seating position while a bit adjustable is still upright.

When it comes to the ride quality, however, this is where the Peugeot 2008 makes up some ground. The suspension is great at what it does by keeping the major bumps and road imperfections at bay. Noise, vibrations, and ride harshness is also great with only road noise being apparent at speeds of 80km/h or above. Engine noise is also kept to a minimum, however, when you floor it artificial engine noise is piped through the speakers. It can be something that people may like about the car to give it a sportier drive but for true enthusiasts, it can be a bit of a turn-off. Nevertheless, the Peugeot 2008 is a comfortable vehicle that is great for both city and highway driving. The ace in the hole for the Peugeot 2008 is not its infotainment that comes with Apple CarPlay and Android Auto nor is its unique reverse camera, but its i-Cockpit System that has a 3D-like instrument cluster. It is positioned within the driver’s field of vision and the 3D digital dashboard displays all the essential information you need. It is also customizable allowing you to choose what kind of information you want when you want it. It also has great cruise control but the controls are hidden behind the steering wheel which can be hard to operate at a glance.

While the 3D instrument cluster feature is great and functions well in displaying what you need to know accurately, it does come with a few shortcomings. One of these is the speed at which the transitions happen. When switching to a different preset, the animations aren’t as smooth as we would like them to be and can sometimes take their time to happen.

The first instance was when it got stuck on Android Auto and refused to switch over to any other controls which meant that we couldn’t adjust the air conditioning and it was stuck on automatic and on the coldest possible setting. Another incident was when the screen went completely black while driving. This meant that not only did we not have control over the air conditioning system but we also didn't have access to navigation or any other applications as well.

However, this was solved by a quick restart of the vehicle which meant us pulling over by the side of the road to do so. Needless to say despite these weird occurrences, these features are great to have and function well, this particular unit may need an operating system update to resolve the issue which can be done via wifi or at the dealership itself. It's not a bad thing but it's something to take note of if you choose to buy this car. For its safety features with an array of six airbags, Visiopark1 180-degree rearview camera, active lane keep assist, driver attention assists, blind spot monitoring, active safety brake, hill start assist, ESP, ABS with EBD, and emergency brake assist. These features are great to have but can be a bit sensitive for the driving style of Filipino drivers who like to keep a closer distance between themselves and the vehicle in front. Regardless these features are great to have and can save you from an accident happening. The Peugeot 2008 drives splendidly, it's quick on its feet and feels agile to drive. The transmission does well to keep you in boost when needed especially in Sport mode or to keep the revs low while in Eco mode. The suspension soaks up road imperfections well and delivers a good pliant ride. One thing we do have to note is that since it is powered by a 1.2-liter turbocharged 3-cylinder engine some of the vibrations can make their way into the cabin and you can even feel a bit of it through the shifter. You shouldn’t be alarmed, however, as this is how most 3-cylinder engine vehicles feel.

That aside, the 1.2-liter motor is balanced for what it offers and you are not going to be disappointed by the power it produces. It's linear in its power delivery, which is great and makes the vehicle more predictable to handle. Its 130 hp and 230 are more than enough to quickly rocket the vehicle forward and into highway speeds fairly quickly. As previously stated, the Peugeot 2008 is powered by a 1.2-liter 3-cylinder engine. This is the best of both worlds thanks to the turbo. When not in boost and in Eco mode the crossover was able to deliver 8km/L in heavy city traffic. On the highway, however, it produces 22 km/L. While the extra power that the turbo gives to quickly accelerate the crossover is great, it can rob a bit of fuel economy from it while on the highway. If you want more fuel economy out of the car then you will need to drive at around 80 km/h to keep the engine out of boost. This is partially due to the gearing which keeps the turbo up and spooling if you cruise at speeds of 100 km/h or higher. Regardless these are still great numbers, especially for a crossover. The Peugeot 2008 is unique in what it offers for the segment. It is a bit expensive for what it offers as it comes with a price tag close to P1.8 million. This puts it into the territory of much bigger vehicles such as the Honda HR-V, Ford Territory, and the Corolla Cross. This then makes it a difficult proposition for some as you can get so much more for roughly the same price. It also has steep competition to face within its segment as the likes of the Geely Coolray and MG ZS-T also have a lot to offer but with a more affordable price point. This now begs the question, why should you get the Peugeot 2008 when there are other options available?

Here is the thing, if you want something that will stand out from the rest and is European then the Peugeot 2008 is there to answer the call. It may not have the fancy features of its competitors but it gives you a great driving experience that comes with a bit of a learning curve. Its fuel efficiency is great as it offers you balanced power. It's not a perfect car but what you get is a vehicle that will confidently get you where you need to go. 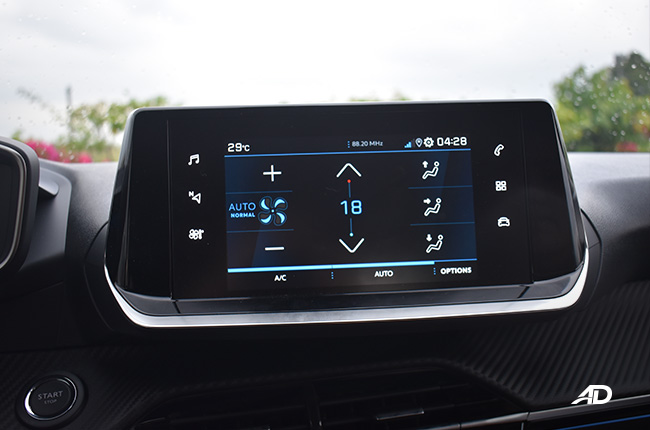