The HR-V is a new-generation subcompact crossover for the local market from Honda Cars Philippines, Inc. The car is designed to give drivers the personal feeling of a coupe, the comfort of a sedan, and the toughness and confidence of an SUV. With a name that means High Rider Vehicle, it's an all-around vehicle for people looking for a car with great road visibility, high ground clearance, and full safety features. It also boasts a wide tailgate, generous cargo space, and the same Utility, Long, and Tall (ULT) seats found on the Jazz, making it extremely configurable when loading or unloading cargo.

Upfront, the HR-V has a solid wing face design with a large grille and lights, incorporating LED daytime running lights (DRL) and LED dual projector headlights. Sporty 17-inch Alloy wheels also come standard across the range in varying designs and colors depending on the model. Under the hood is Honda’s 1.5-liter VTEC Turbo engine that delivers a maximum power output of 174 hp and 240 Nm of torque for the top-of-the-line V Turbo variant. Meanwhile, the base model gets a 1.5-liter naturally-aspirated motor with 119 hp and 150 Nm of torque. This mill comes with a Continuously Variable Transmission (CVT). This combination delivers exhilarating driving performance while also delivering good fuel economy when driving in and out of the city in the Philippines.

The Honda HR-V was launched back in June of 2015. The subcompact crossover came to the Philippine market to complement the brand's compact crossover offering, the CR-V. A facelift to the HR-V was introduced on August 23, 2018, and it included a new RS trim level that adds a blacked-out grille with new two-tone wheels and an updated lighting system front and back.

Following the revival of the nameplate in the region, Honda updated the HR-V with an all-new platform based on the Honda City, and with the turbocharged engine found in the Honda Civic. The new motor breathed new life into the HR-V, giving it a more premium and exciting drive. To add, Honda also fitted the HR-V with its Safety Sense suite of technologies which give it semi-autonomous driving capabilities as well as a sensor array that helps with safety and driver attention.

The HR-V has a monocoque chassis that gives this model a character of its own, even if it is based on the Honda Jazz with a few key changes with regard to dimension and ride height. The dimensions of the vehicle come in at 4,294mm for its length, 1,772mm for its width, and 1,605 mm for its height, which all ride on a wheelbase of 2,610mm. The HR-V also stands on 185mm of ground clearance to help it tackle less than forgiving roads. The front suspension is a MacPherson strut while the rear uses a torsion beam system. A set of disc brakes are present both in the front and in the rear, with the front set using ventilated discs while the rear has a pair of solid discs. The wheels of the HR-V come in at 17 inches in varying colors and designs, depending on the variant purchased.

The engines powering the HR-V is Honda's L15 platform which can also be found in the Honda City and Honda Civic. It comes with either a naturally-aspirated motor with 1.5L of displacement with or without a turbocharger. The driver has 119 hp and 150 Nm of torque available that courses through Honda's Earth Dreams CVT in the base model and 174 hp with 240 Nm of torque in the V Turbo variant. Like most Honda cars, the engine is in a transverse layout, and power is fed to the front wheels.

Driving the Honda HR-V is like other Honda cars. The steering wheel is light and the engine responds with enough urgency for most drives. The transmission is also responsive, and handling on a spirited drive is great given that it has added ground clearance. The brakes are also quick to bite even with a slight press.

Honda Philippines has improved the HR-V since its launch in 2015, and models now come with more bespoke features than before. Technology features inside the subcompact crossover include a new head unit that adds Apple CarPlay and Android Auto smartphone pairing options into the mix. The infotainment system outputs to a set of 6-speakers while its screen measures in at 8 inches. A backup camera is also present and outputs to the center screen, and keyless entry help make ingress effortless.

To aid in driving, cruise control is also present. Being an automatic, the HR-V also features Honda's hill-start assist which makes setting off inclines less tedious. Additionally, the model now comes with hill descent control which gives the crossover some much-needed engine braking capabilities while going down inclines. There are also new driving modes that help the HR-V save fuel or drive sharper than ever before with econ, sport, and normal modes being offered.

The front of the HR-V features Honda's LED lighting system which allows for stellar lighting output. Honda has now given the HR-V a new design treatment, which means that top of the line variant has piano-black accents all around, with two-tone wheels to tie the look together. Top-of-the-line variants will also receive RS badging as well to add a bit of flair. Standard units will be seen with a chrome grille and monotone wheels. The rear is also updated for the new model year, with LED bars populating the taillight housing which is similar in shape to the pre-facelift models.

The interior of the HR-V in its top-spec V Turbo trim is clad in leather, while more affordable models will come with cloth for the upholstery. The dashboard is rather tall and one of the main features that set the HR-V apart from the rest is the big vent for the front passenger. The center console joins with the center tunnel which houses several cubbies for storage. The gauge cluster in the HR-V is a semi-digital affair, with LED backlighting and accents all around. A total of five passengers can fit inside the HR-V and cargo space for this model is rated at 431 L and 1,665L once the rear seats are folded down.

Honda equips the HR-V with several safety systems in its top-spec trim. A total of four airbags are present, which include the driver, front passenger, and a pair of side airbags, totalling four. ABS is standard with the model along with electronic brakeforce distribution. The HR-V also has emergency stop signals, which activate during instances of heavy braking. Vehicle stability assist is Honda's name for its traction and stability control system, and it also finds its way onto the spec sheet of the HR-V. The subcompact crossover also has an immobilizer system, speed-sensing door locks, as well as ISOFIX tethers for effortless child seat installation.

One of the high points of the HR-V is its new LED headlights which is a big step up from the halogen projector set that the old unit came with. This set of headlights help illuminate the road ahead with ease. Another key point that makes the HR-V a great buy is the fuel-efficient 1.8L engine which pairs nicely with the chassis in the city or out on the highway. As with most crossovers, adding ground clearance adds a bit of comfort to the vehicle, and the HR-V boasts a plush ride for its class.

Honda has opted to install piano-black glossy plastics which may spruce up the cabin while it is new, but the material is prone to scratching. Even if it is an improved unit, the infotainment system comes from a third party and isn't truly integrated. Finally, the gloss-black RS design could be polarizing to some people, but good for others. 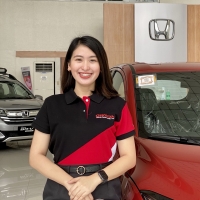 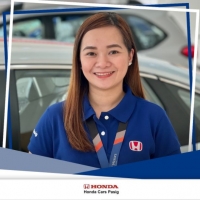 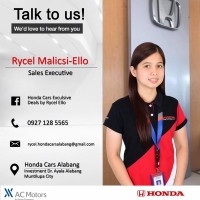 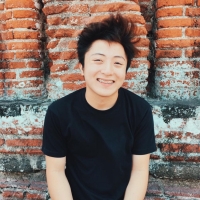 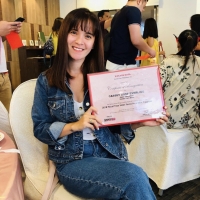 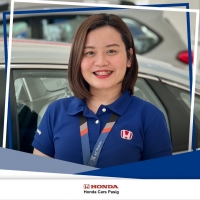 View the most compared cars versus the Honda HR-V 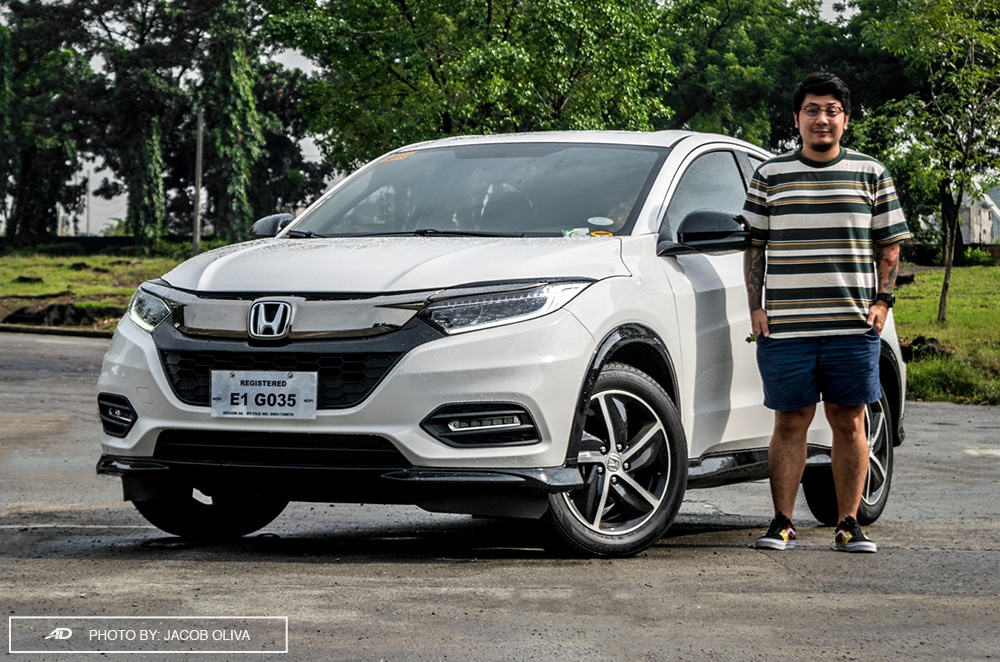 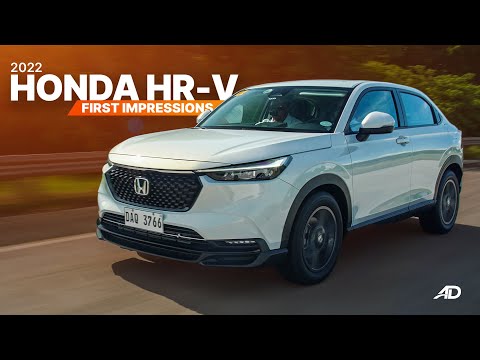 Read reviews from verified car buyers and find out from real owners what it's like to own Honda HR-V.

Get Notified for Honda HR-V Alerts