Let’s go straight to the point: The Honda HR-V is good. When I reviewed the pre-facelift version of this subcompact crossover last year, it was a solid, obedient ride that excelled even with several years on its back. Heck, the media unit that was lent to me by Honda Cars Philippines, Inc. (HCPI) even had its license plate number already, which is quite rare for test cars.

But there’s this one thing that many car-buyers may have in mind: Is the Honda HR-V good enough for its price? With the in-depth review of the all-new 2019 HR-V RS trim, we hope to answer the burning question and see if Honda’s subcompact crossover offering should be on your car-shopping shortlist this year.

Performance
Engine Output (HP), Acceleration, Transmission, Handling 4.5/5
Design
Exterior & Interior Design, Quality, Fit and Finish, Ergonomics 3.5/5
Ride Comfort
Cabin Comfort, Suspension, NVH Insulation 4.0/5
Safety and Technology
Convenience Technologies, Active and Passive Safety Features 4.0/5
Value for Money
Amount of the vehicle you get for the price, Fuel Efficiency 4.0/5
What You Will Like
What You Won't Like
How We Do Our Reviews If it isn’t clear to you by now, the 2019 HR-V is a facelift, which means there are a number of updates employed to its exterior design especially in the RS trim. The changes are subtle, though, and only a few people would be able to spot those. For instance, present in the HR-V lineup are the LED daytime running lights, headlamps, and taillights that surround the thick dark-chrome wing grille. The wider U-shaped grille and the entire face is now more aligned to the current Honda design language than before, reminiscent to what the Civic and CR-V have. The rear, though, doesn’t get any update except for the chrome strip that connects the horizontal taillights.

What sets the RS trim apart is its two-tone 17-inch rims and the set of gloss black front and rear bumpers, side sill garnishments, door handles, side mirrors, and the honeycomb mesh on the front grille. While these glossy black accents invoke a more sporty aura to the car, not everyone’s okay with this styling. I, for one, isn’t so much of a fan. What I adore, on the other hand, are the hidden rear door handles and the fact that the HR-V stays true to its skin. It doesn't fancy itself as an SUV but rather, a high-riding hatchback that's both usable in and out of the city. It’s a bit of a mixed bag for the 2019 HR-V’s interior. Fact is, most of it was a carryover from the outgoing model, having only a few updates that both work for and against the car. For instance, the new leather used is an improvement from before, but the copious amount of piano black plastics is a sure way to attract fingerprints and scratches. The absence of blue ambient lighting in the cabin looks better in the black-on-black cabin theme, but the lack of rear A/C vents and cupholders at the foldable center armrest are a bit of a downer.

The new HR-V’s cabin remains to be more than livable; staying inside the car for long hours isn’t a dreadful experience. You can credit that to the soft leather seats and the improved ride comfort brought about by Honda’s magic on its McPherson (front) and axle type (rear) suspension. Cabin noise has been greatly improved, as well. As for space, well, since nothing was changed in the car’s overall dimension, the rear remains to be perfect for those standing 5’7” and below, while the cargo space is still as flexible as the Jazz. Although, cargo loading/unloading could have been easier if it has a flat lip. The HR-V is an achiever in its class when it comes to technological features. The mentioned shower of LED lamps is a great touch in aesthetics and function, while the auto up/down driver’s window, keyless entry system, and speed-sensing door locks are just plain convenient. If it’s not too much to ask, though, automatic LED lights and rain-sensing wipers could have given this car a better score. Nevertheless, the auto brake hold function is heaven-sent in bumper-to-bumper situations.

I’m on the fence when it comes to the HR-V’s Kenwood seven-inch touchscreen infotainment with navigation. It’s a third party unit, meaning, it’s added to the vehicle after production. While the Kenwood head unit employs a great visual appeal and ease of usage (hooray for volume buttons!), its status as a third party infotainment system poses three problems: the microphone for hands-free calls is sticking out like a sore thumb near the rear view mirror; there are no steering wheel-mounted buttons for handsfree calls; USB connectivity is cumbersome since the port is located inside the glove box. As a silver lining, Bluetooth connectivity to this head unit is seamless and handsfree phone calls are loud and clear. And yes, it has Apple CarPlay and Android Auto, so there’s that. As a refreshed model, the 2019 HR-V adopts the 140-hp 1.8-liter SOHC i-VTEC engine of the outgoing model. With this, the same great driving dynamics from before is apparent, which matches the car’s sporty demeanor. Highway speeds and overtaking are easy tasks for the car and as always, the Honda Earth Dreams CVT has proven that it’s among the bests out there; it instantly sends torque to the front wheels without hesitation, even from a standstill. The front and rear disc brakes, on the other hand, bite real hard even with a slight press.

Another thing to rave about the HR-V is its improved handling. The steering isn’t as heavy as before and yet, the car stays composed on fast straight-line drives. Understeer isn’t a problem at all while there’s only minimal body roll even when tackling twisties at speed. If there’s any complaint, that would be the elevated dashboard which somehow forces me to sit high to cure the impeded forward driving view. As part of the pricier subcompact crossover class, the Honda HR-V doesn’t skimp out on safety features. Standard in the range are driver and passenger front airbags, vehicle stability assist, hill start assist, clear reverse camera with guidelines, ABS with EBD, driver’s seatbelt reminder, and ISOFIX child seat tethers. The RS trim, however, gets extra parking sensors at the back, side airbags, and seatbelt reminder for the front passenger. The HR-V relative frugality in my previous review is still evident in the facelifted model, registering 17.8 km/L when the cruise control is nailed at 90 km/h. Snail-paced drives gave out 8.3 km/l while faster paces at around 60 km/h read back 13.3 km/L.

These numbers can be improved by engaging the green ECON button but be ready for mitigated power delivery.

The 2019 Honda HR-V RS Navi comes with a price tag of P1,495,000, while the lower variant asks for P200,000-less in exchange for a tad few features. Now, it’s true you can already get a midsize SUV from other brands at this price point. But the HR-V is a niche offering and pointed towards the car buyers that prioritizes edgy looks and high-tech features over the practicality of high-riding seven-seater SUVs. It isn’t a car that you’ll buy if you have a fourth baby on the way. As taste is king for a lot of car buyers, the 2019 Honda HR-V should remain to be a delightful choice for young and picky individuals, as well as those who are young at heart.

Now, going back to the question: Is the HR-V good enough for its price? With all things considered, that’s a solid yes for me – and it makes me really wish for the turbocharged version to arrive in the Philippines soon. 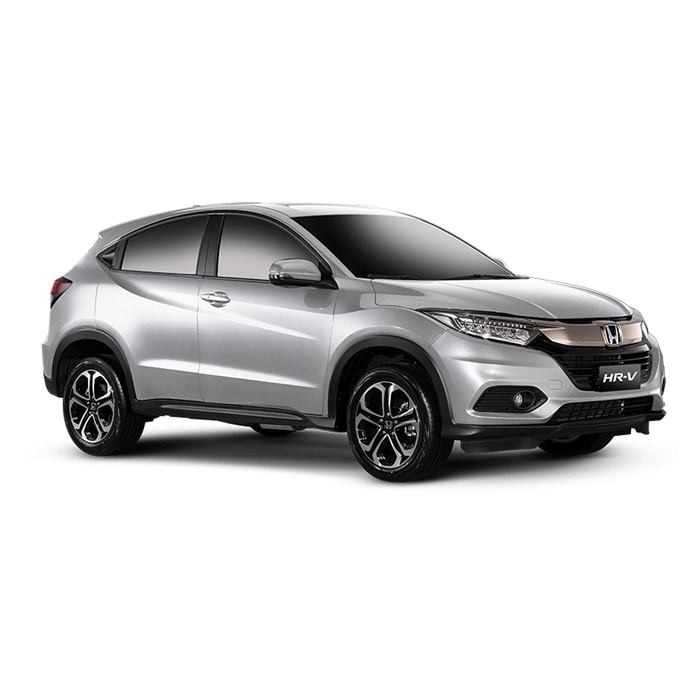 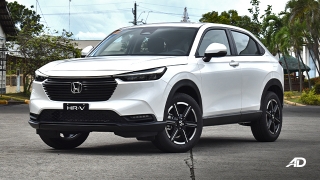 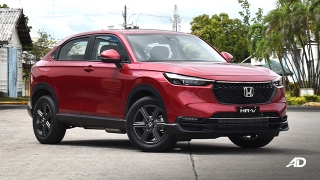