The new Lexus NX (Nimble Crossover) premium vehicle is poised to achieve new heights as it enters one of the most highly-competitive genres in the Philippine automotive industry. The NX achieves high-standards via its top-notch build quality, refined and sophisticated styling, 21st century technology, remarkable performance, and high-reps being under one of the industry’s more illustrious brand names. Perfect for the upper-class Filipino on the want for an equally opulent ride for the family, this crossover’s got a roomy and leather-laden 4-5 seater interior with ample luggage space, a slew of standard equipment like Bluetooth, cruise control, and GPS navigation system, and standard safety package like driver/passenger airbags and ABS with EBD. The NX’s edge is that it gets fitted with a 2.5L Atkinson-Cycle Hybrid Engine, capable of producing 153 hp on gasoline, and a combined output of up to 194 hp on its twin electric motors that power the front and rear wheels. CVT come standard, as well as 4WD system, all combining to achieve an exciting journey on and off the road.

The Lexus NX is a compact crossover that rides on a platform that is similar to the Toyota RAV4. The model features length, width, and height dimensions of 4,660mm, 1,865mm, and 1,670mm respectively. The crossover's minimum ground clearance is advertised at 195mm, and the platform seats up to five individuals in its cabin.

The chassis of the Lexus NX uses unibody construction, which Lexus has engineered to be stable and comfortable. The vehicle rides on MacPherson strut fronts and a double-wishbone suspension in the rear, which means that the suspension setup is fully-independent allowing for maximum comfort over bumps. For select variants, the Lexus NX will have adaptive suspension dampers which can change depending on which drive mode you access behind the wheel.

Stopping power is provided by a set of ventilated disc brakes in the front and rear. The wheel and tire sizes of the NX come in at up to 20 inches in diameter with tire sizes of up to 235/50 R20 that are also run-flat tires from the factory.

Powering the Lexus NX is either a hybrid-electric powertrain for the 350h models or a gasoline motor in the 350 F Sport variant. The hybrid-electric variants come with a 2.5-liter engine that makes 187 hp and 239 Nm of torque on its own and without assistance from the electric motor. Lexus has outfitted the NX with two electric motors, one in the front that's capable of 179 hp and one in the rear that makes 53 hp. Combined, the two engines make 236 hp. Meanwhile, the F Sport variant comes with a more performance-oriented 2.4-liter inline four-cylinder that is turbocharged, direct injection. and capable of 275 hp and 430 Nm of torque mated to an 8-speed automatic gearbox.

Adorning the center of the dashboard is a 14-inch EMV Touch Display that features USB and Bluetooth Connectivity along with Apple CarPlay and Android Auto. The NX comes with up to 10 speakers in its cabin. Lexus even fitted a wireless charger for the driver, and two more USB ports for the passengers at the back. Steering wheel controls are also present on the model and can activate voice commands, answer calls, and tune the volume of the infotainment along with a myriad of other functions. The touchscreen also serves as the display for the Lexus Panoramic View Monitor which gives drivers an overhead view of everything surrounding their vehicle.

Other technology features in the NX include a smart entry and push start, and the system also extends to the tailgate that uses a hands-free method of opening the rear door for access to the cargo area. There is also a fully-digital display and heads-up display that gives the driver information on the go as he or she heads down the road. Ambient lights are also found throughout the interior to enhance the ambiance of the cabin, and rain-sensing wipers ensure that your windshield stays clear without you needing to flip a switch.

The exterior of the NX is as sharp as ever, and its prominent front fascia is dominated by a large grille up front flanked by a pair of three-tier bi-beam LED headlights with DRLs and indicators also peppered with LED tech. Other exterior features include power-folding mirrors that are heated and auto-dimming for convenience. Depending on the variant, you can expect a power moon roof to be included in the package.

As mentioned, the NX rides on a set of alloys that go up to 20 inches in diameter, as found on the F Sport trim. Finishes range from two-tone to monotone alloys that complement the sharp and modern look of the crossover.

The interior is all sorts of luxurious with the NX. Capable of seating up to five passengers, the model features a plethora of premium surfaces clad in Lexus' own upholstery that is supple and durable at the same time. The leather seats get an upgrade in the F Sport variant. Other than that, expect powered seats, dual-zone climate control, premium trimmings, ambient lights, and even a moon roof that can allow natural light to flow into the cabin.

For cargo space, the NX comes with foldable rear seats that allow for maximum passenger carry capacity, or extra cargo. Up to 501 liters of cargo space can be accessed with the rear seats deployed, and folding them you can expect up to 1,543 liters of space.

As for the number of airbags, Lexus has equipped the NX with up to seven airbags which include the driver, front passenger, driver knee, side, and curtain units that can protect all the occupants in the vehicle in the event of an accident.

View the most compared cars versus the Lexus NX Write a review about your Lexus NX and help other shoppers decide if this is the car for them.

Compare quotations from multiple Lexus dealers in the Philippines. 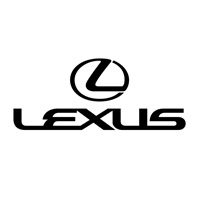 Get Notified for Lexus NX Alerts