The CX-9 is Mazda’s take on what is now one of the most popular segments in the Philippines – the midsize crossover. Now with the Kodo design language running through every crease in its exterior, the CX-9 is a monumental leap forward in relation to its predecessor’s styling and technology. Thanks to the inclusion of the SkyActiv line of engines from Mazda, the crossover enjoys a healthy amount of power with improved fuel economy.

Mazda launched this model in 2015, at the Los Angeles Auto Show, and was based off the SkyActiv platform. This second-generation came nine years after the first generation was launched, and it replaced the V6 that was found in the older model, with a 2.5L turbocharged gasoline motor.

Mazda Philippines launched this model back in 2017, in the Manila International Auto Show. Just like international models, the car comes equipped with the same 2.5L turbocharged gasoline engine. At launch, only one variant was released, the SkyActiv-Turbo Grand Touring trim, with the Sport Touring getting introduced to the market almost a year after.

With its sibling being the Mazda6 midsize sedan, it features a MacPherson strut in the front and a rear multi-link beam suspension in the rear. For the lower variant, the aluminum alloy wheels come in an 18-inch diameter, while the top of the line trim comes with a 20-inch set.

The CX-9 is equipped with a SKYACTIV-G 2.5L turbocharged four-cylinder engine that is capable of putting out 228 hp with 420 Nm of torque coupled to a six-speed SKYACTIV-DRIVE automatic transmission. The nameplate can come with two wheels or all wheels receiving power from the potent engine. On the grand touring model, its 4WD system features the brand's i-ACTIV AWD mode, which is consisted of 22 sensors that could adapt to various road conditions.

The power that the turbocharged 2.5L can output is smooth and refined. Also contributing to the smoothness is the six-speed automatic transmission, which, while conventional, shifts without much clunk. The chassis is nicely paired with the engine that this crossover comes with.

In terms of its handling characteristics and ride, the Mazda SkyActiv platform promises driver engagement as well as chassis refinement. Thanks to a monocoque chassis, bumps and divots on the road don’t phase the vehicle as much. Even with its 1,844 kg weight, the CX-9 handles with lightness and agility with and without the all-wheel-drive system.

Placed in the center of the dashboard, the eight-inch MZD connect infotainment unit sits proudly in the driver’s line of sight, with a rotary interface near the center console for ease of navigation. Newer models will come with Apple CarPlay and Android Auto from the factory. With this, integration between your smartphone and your vehicle will be as seamless as possible. The head unit plays audio to up to 12 speakers, branded Bose.

Other tech features in the CX-9 include the LED headlights, dual-zone climate control, rear parking sensors, a backup camera, as well as cruise control and the uber convenient keyless entry with push to start functionality. Upper trims will receive adaptive LED headlights, a heads-up display, as well as ventilated front seats and an auto-dimming rearview mirror.

It showcases the latest rendition of the brand's signature KODO - Soul of Motion design, noticeable with its prominent grille, longer hood, and sleeker headlights. These traits make it one of the best looking midsize crossovers in the market today. The elements of the Kodo design language are nicely proportioned on this rather large vehicle, making the exterior one of its main draws.

The CX-9’s interior is unsurprisingly reminiscent of other models in the Mazda Philippines lineup. The quality of this vehicle’s interior is high-reaching, with excellent levels of fit and finish with attention to detail in every crease.

All trims of this crossover will get leather-clad seats that can come in a black color or an Auburn Nappa leather color adorning the dash, door panels, and seats.  The cabin, in the higher variant, can be decorated in Rosewood trims, which is accentuates the color of the seats while giving the interior a nice place of warm tones. For the Signature trim level, occupants can enjoy listening to music through the 12-speaker Bose system while Dual Electronic Automatic Temperature Control keeps the cabin cool.

Dynamic Stability Control, Roll Stability Control, and four-wheel ABS system with an electronic brake-force distribution system complementing it nicely. A total of six airbags are installed on all variants. G-Vectoring control comes standard on this model as well. The system helps the driver keep in control of the car while cornering at high speeds for better and safer cornering.

What’s great about the CX-9 from Mazda is the good looks plastered all over the exterior and interior of the vehicle. No corners were cut in the making of this vehicle, and it can even be felt as the ride is refined and comfortable. The standard kit of the CX-9 is good, so much so that you’ll feel well provided for even in its most affordable variant.

There aren’t too many gripes that we have with this nameplate. There is much to like about Mazda’s interior and exterior, but perhaps a diesel option would be a welcome addition to the lineup in the Philippines.

Connect with the top Mazda sales agents in the Philippines. These agents have good reply speeds, process transactions quickly and have good customer reviews 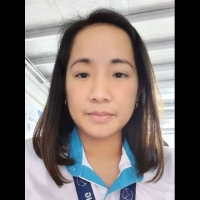 View the most compared cars versus the Mazda CX-9 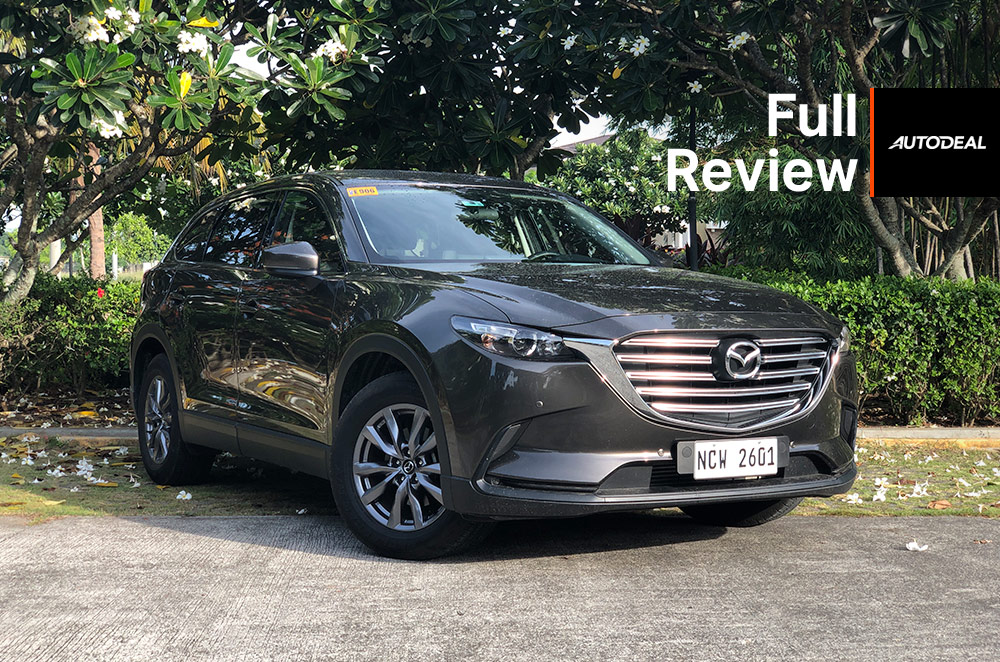 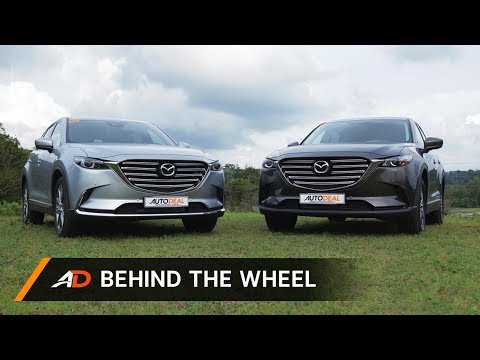 Write a review about your Mazda CX-9 and help other shoppers decide if this is the car for them.

Does the Mazda CX-9 come with Apple CarPlay and Android Auto?

The current CX-9 is available with Apple CarPlay and Android Auto right off the showrooms.

The Mazda CX-9 is a three-row midsize crossover that can accommodate up to 7 passengers.

Does the Mazda CX-9 have a 6-cylinder engine?

The Mazda CX-9 is exclusively available with a 2.5L turbocharged 4-cylinder gasoline engine.

Where is the Mazda CX-9 made?

The Mazda CX-9 is made in Mazda's Hiroshima plant in Japan.

You can request quotations simultaneously from multiple Mazda dealerships. Select your preferred dealers from the list below. 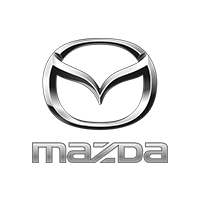 Get Notified for Mazda CX-9 Alerts