The all-new 3rd generation Kia Sorento boasts a sophisticated exterior styling and a premium interior. The cleaner profile is complemented by a tiger-nose grille with three-dimensional diamond pattern, similar to the recently-launched MPV in the Philippines - Grand Carnival. With its bigger overall dimension, the all-new Sorento boasts greater interior space for all 7 passengers. Its “modern and wide” theme features a horizontal layout on the instrument cluster, interior trim, and a wrap-around dashboard that extends to the door side trims. Surfaces are finished in either soft-touch leather, woodgrain, or satin-chrome for a premium feel. The all-new Sorento offers better driving experience thanks to an improved steering, suspension, and monocoque body shell, which promises better stability at high speeds. Its engine, an upgraded 2.2L inline 4-cylinder 16-valve DOHC CRDi diesel with E-VGT is mated to a 6-speed automatic transmission with Shiftronic feature.

The third-generation Sorento was unveiled in 2014 but was made commercially available in 2015. In 2018, Kia gave this midsize crossover a facelift incorporating better headlamps and a tweaked exterior.

The Sorento shares the same platform as the Kia Grand Carnival. As a midsize crossover, the Sorento features a unibody chassis construction which is more agreeable than the traditional ladder-on-frame construction method employed by SUVs. In the front, the suspension setup is comprised of a MacPherson strut with a stabilizer for extra rigidity. For the rear, the Sorento uses a multi-link system to improve vehicle stability even while turning. The crossover rolls on a set of 17-inch alloy wheels for the front-wheel-drive variant, and a set of 18-inch alloys for the all-wheel-drive variant. Disc brakes can be found on all four corners, and the vehicle boasts a ground clearance of 185 mm.

Kia has outfitted this midsize crossover with a 2.2-liter diesel engine that produces 197 hp and 441 Nm of torque, which is ample output from an engine of its size. The motor also features variable geometry turbo technology to ensure smooth output and smooth operation even at low RPMs. Power is fed to an 8-speed automatic transmission with Shiftronic and drives the front wheels for the 2WD variant, or to all four in the AWD variant. The top of the line model also comes with a drive mode selector, which help sift through the profiles granted by the active on-demand AWD system.

Driving the 2019 Kia Sorento is a breeze as the midsize crossover comes with light steering and a powerful diesel motor that makes the vehicle easy to maneuver and to get going from a stop. Despite its size, the vehicle itself is manageable and easy to get used to. More ideal for long stretches of highway rather than the inner city the Kia Sorento does well to put down all the power from its 2.2-liter turbo diesel engine. The engine is so well tuned that without cruise control on you will quickly find yourself going above the speed limit if you choose to let your right foot do all the work. The diesel motor just pulls and pulls and it does it effortlessly and quietly.

Braking feel is something a new owner for the Kia Sorento should get used to. The initial bite of the brakes isn't a strong as its counterparts, however, the deeper your push the stronger the biting force gets. It isn't as sudden as its other rivals in the segment but rest assured that the brakes on the Sorento will get you to a stop safely.

When it comes to spirited or off-road driving body roll is present in the vehicle, however, the suspension does a great job at making the ride less jarring. Suspension dampening is on point with the Kia Sorento as it takes to bumps easily without skipping a beat. Its off-road manners are pretty pliant as the all-wheel-drive system does a great job of giving the crossover traction even on muddy terrain. Thanks to its AWD display found in the gauge cluster you can easily see what the tires are doing and where the vehicle is directing its power to. Overall this makes the Kia Sorento an easy yet powerful vehicle to drive on the road and off it for light trails.

The infotainment in the Sorento is a 7-inch touchscreen with Bluetooth, Apple CarPlay, and Android Auto serving as the centerpiece in the cabin. The system outputs to a 6-speaker audio system that is comprised of four woofers and two tweeters. Cruise control is standard across the lineup, as are front and rear parking sensors. The rear camera is only available for the all-wheel-drive variant, however. Climate control is automatic and a mono-TFT LCD display is in the center of the instrument cluster flanked by two analog gauges. Other convenience features include a power tailgate for the ease of loading cargo to the rear and a smart key entry system with push-start functionality.

Kia's tiger-nose grille features prominently on the front of the car. This piece is flanked by two LED projector headlamps. The base 2WD variant comes with halogen projectors, but a standard feature for all the models is projector fog lamps found in the front. To the rear, you get another cluster in LED for the top-spec model, and also standard is the rear spoiler, mirror-mounted turn signal indicators, chrome trim, and high mount stop lamp.

The interior of the Sorento is large. For a crossover of its size, it features more than enough space for your average individual and can seat up to 7 people at once. The top of the line model gets leather upholstery and adds power seats along with a push-start button and smart key entry. middle-row passengers also have their own rear aircon vents, which complement the front's automatic system. The rear of the Sorento houses two more seats, which can be folded down to reveal a flat cargo area. The second-row seats can also be folded and it comes with a 40:20:40 configuration, which also folds flat, allowing you to maximize the space of the rear. 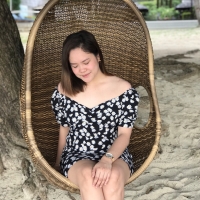 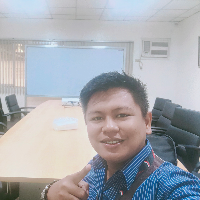 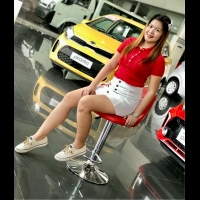 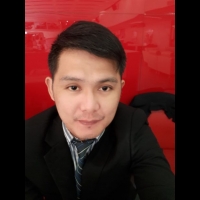 View the most compared cars versus the Kia Sorento 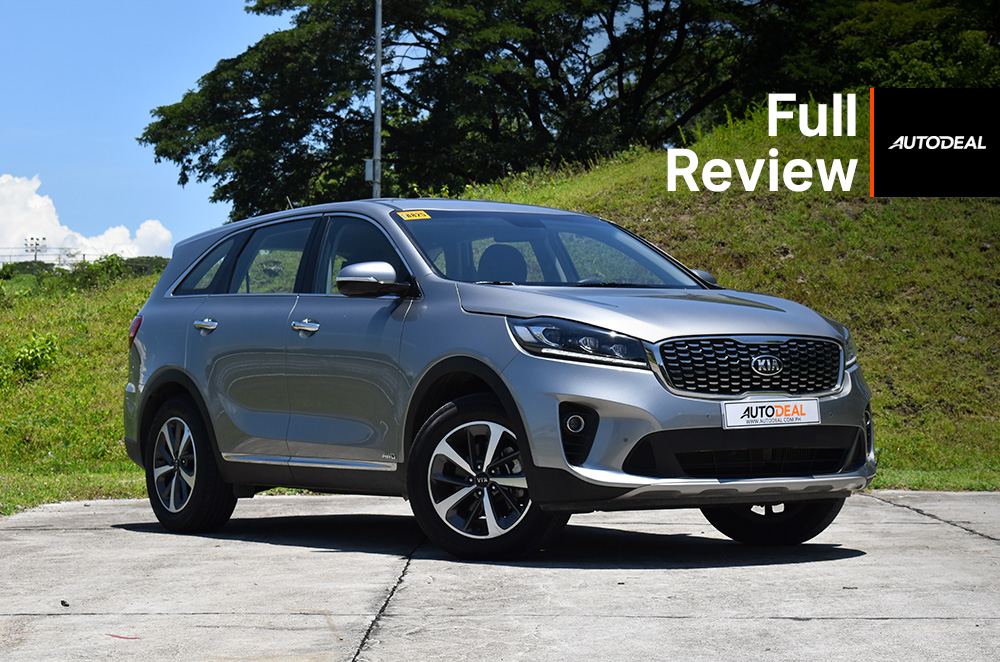 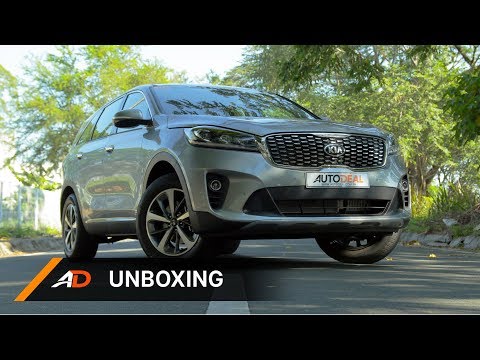 Read reviews from verified car buyers and find out from real owners what it's like to own Kia Sorento.

You can request quotations simultaneously from multiple Kia dealerships. Select your preferred dealers from the list below. Get Notified for Kia Sorento Alerts