The midsize crossover market is one with slim pickings, while the crossover craze has become mainstream, their true success lies in the P1.2 million price range. Luckily there are still options out there for those who want a crossover but with a bit more space and a whole lot more features.

Enter the Kia Sorento which recently entered the market with an all-new model. It faces stiff competition against the likes of the Ford Explorer, Mazda CX-9, and other more established nameplates in its segment. With that in mind, we take a quick look at the new Sorento to see what it has to offer in its market and to see if it's worth getting. The new Kia Sorento features that brand’s newest design language. While it does make it look a little bit like a stormtrooper, its new design language works well to give the crossover a much more aggressive and muscular look. You get sleek LED headlights at the front along with LED daytime running lights, this is also paired with a large tiger nose grille which is a hallmark of the South Korean automaker. It also gets an angular bumper to complete the look.

At the back, the Sorento continues with its angular design with its sharp taillights and trapezoidal accents on its lower bumper. It's all crisp clean lines for the crossover that help sculpt its overall look. 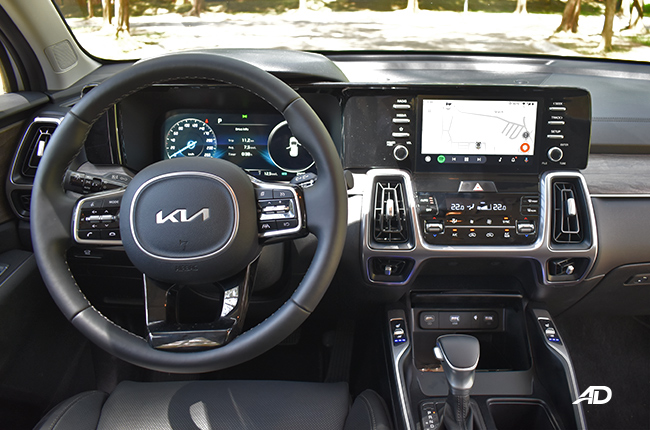 We know that the word premium gets thrown around a lot for cars these days but this statement holds true for the Sorento. What you get are great quality materials spread throughout the cabin. These are soft to the touch but at the same time are durable enough to withstand daily use and abuse. The styling is also very modern with upright vents a digital display and heated and cooled seats. While the heating isn’t going to be useful in the Philippines, the cooling function is especially around the summertime. The new Kia Sorento certainly doesn’t fall short in the tech department as it comes with the latest offerings from the South Korean automaker. While it may not come with adaptive cruise control it does come with an ingenious blind spot monitor that turns the digital gauges into mirrors that lets you see the blind spots of the car. In this manner, you don't need to worry about taking your eyes off the road as you can easily see this feature at work at a glance whenever you use your indicators. It's a revolutionary piece of technology that we wish was applied more to other vehicles that also come with a digital gauge cluster.

Great power under the hood 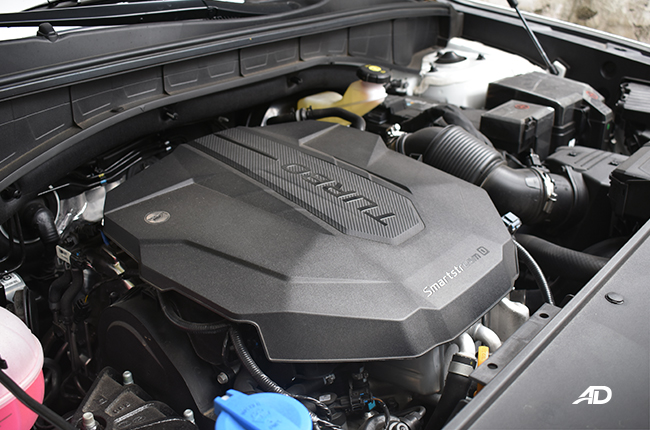 The Kia Sorento still packs a 2.2-liter turbo diesel engine under its hood. While on the surface it looks like a carry-over from the previous model, especially with the power figures, there is a slight improvement. The block has now been lightened so that the vehicle carries less weight compared to before. Speaking of power figures, the Sorento 197hp and 441 Nm of torque which is good enough to rocket the rather large vehicle to highway speeds in a matter of seconds. With our testing, we found out that it could hit 0 to 100km/h in just 8 seconds which is already great considering it's a big car. While there is no all-wheel-drive version the front-wheel-drive variant is more than enough to meet the needs of prospective customers. 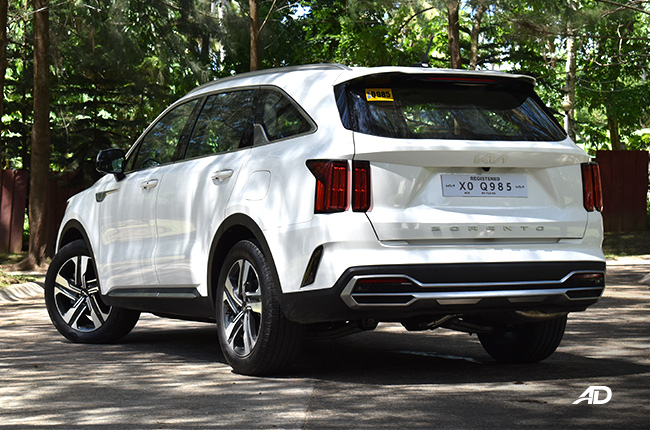 For a vehicle of this size, one would expect it to have boat-like handling, while it's no sports car the suspension has been tuned well to give you a planted ride that balances well with comfort. You can tell Kia wanted to put a bit of pep in its step when it designed the suspension of the Sorento and it shows once you take it out on the twisties. It also helps that the turbo kicks in pretty early which can help propel the heft of the vehicle out of a corner.

Overall the Kia Sorento presents itself as a tech-packed midsize crossover that checks all the right boxes of being a fun yet frugal vehicle. Its big and its bold but it certain has the power to keep up with the rest of its rivals.