The Toyota Rush is a small multi-purpose vehicle that is being marketed to directly compete against the small SUV segment in the Philippines. Launched in May 2019, the Rush is only available in a seven-seater configuration and is known as the Daihatsu Terios in other ASEAN markets.

As one of Toyota Motor Philippines' most recent additions, the Rush won some spotlight in the Philippine automotive scene due to its 7-seat capacity partnered with its 220mm ground clearance. It's like an SUV, but more affordable and more compact, immediately appealing to the budget-conscious Filipino car buyers who want something more up-market than an Avanza, but less pricey than a Fortuner.

The Toyota Rush is powered by a 1.5-liter gasoline engine and is mated to either a 4-speed automatic or 5-speed manual transmission. The model is well-equipped with a wide variety of safety features, making it ideal for those in need for a multi-purpose family vehicle. Due to several similarities in its style, size, and seating capacity, the Rush is commonly being compared with the Mitsubishi Xpander and Honda BR-V - although it maintains the title of being the cheaper option among the three.

The all-new Toyota Rush was launched on May 4, 2019, in the Philippines. It was pegged to stir the high-riding, bold-looking MPV segment, which was populated by the Mitsubishi Xpander and Honda BR-V. The Toyota Rush came in two major variants at launch – the 7-seater 1.5 G and the 5-seater 1.5 E. The Rush was first displayed to the media at its official unveiling by Toyota Motor Philippines (TMP) President Satoru Suzuki. The public was able to get their first glances at the vehicle during the Toyota Rush Fair that took place from May 5, 2018, to May 6, 2018, at the corner of 30th Street and 9th Avenue in Bonifacio Global City.

In 2020, Toyota Philippines updated the 5-seater E-variant of the Toyota Rush and add a 7-seater model in its place. Aside from this, the SUV would also receive updates to its E-variant with the addition of a reverse camera as a standard feature.

The Toyota Rush is powered by the same 1.5-liter 2NR-VE Dual VVT-i gasoline engine found under the hood of the Toyota Avanza. This mill is capable of producing 102 horsepower and 134 Newton-meter of torque, sent to the rear wheel via a 5-speed manual or 4-speed automatic transmissions. This helps differentiate itself from both the Mitsubishi Xpander and Honda BR-V which are both front-wheel drive.

The Rush sits on a ladder-frame chassis, just like the Avanza. The suspension setup is a McPherson Strut at the front and a rear four-link suspension at the back. The front wheels are fitted with disc brakes while the rear wheels have drum brakes. Built on a third-generation Daihatsu Terios platform (The Daihatsu F800 to be precise), the Rush is more streamlined than its predecessors which saw life as earlier versions of the Toyota Rush and Daihatsu Terios from 2006 to 2017 in Japan, South America, Indonesia, and Malaysia. The new platform was designed by Mark Widjaja in 2015 and had its development led by chief engineer Eiji Fujibayashi. The current version of the Toyota Rush is the first of its kind to be released to the Philippines market.

Under the Rush’s hood is the 102-hp 1.5L 2NR-VE Dual VVT-i gasoline power plant that can also be found in the Avanza. It has the same four-speed automatic transmission, too. Now, the Avanza isn’t a quick car, to begin with, so it isn’t rocket science that putting its engine in a bigger and heavier Rush is a decrement to its power-to-weight ratio. The 4-speed automatic transmission isn't as quick to respond as well, you would need to reach around 3,500 to 4,000 RPM before you’d feel the pull.

The Rush has a light steering feel – a favorable trait in the city but a bit of a problem at speeds and on winding roads. The commanding ride height and wide driving visibility make maneuvering the Rush a cinch through tight spaces.

All variants of the Toyota Rush come with a 7-inch touchscreen display infotainment system with USB, Bluetooth, and Weblink connectivity for iOS/Android. Every variant also has push to start ignition, reverse sensors, reverse camera, Eco indicator, an LED multi-information display, and audio controls on the steering wheel. The entertainment system produces sound via eight speakers on the high G variant and six speakers on the E variants. The high GR-S variant also gets extra features like automatic air conditioning, power-retractable side mirrors, and a reverse camera display with guidelines. Meanwhile, the newest iteration of the model's infotainment system features Apple CarPlay and Android Auto connectivity at its higher-end.

The Rush's design is inspired by its bigger and older brother Toyota Fortuner. By size, however, the Rush sits in between the Innova and the Avanza – both among Toyota's best-sellers in the Philippines.

Apart from its imposing exterior design, all variants of the Toyota Rush comes equipped with front fog lamps, as well as LED headlights and taillights with LED guide lines, plus a good-looking shark-fin antenna and rear spoiler. The top 1.5 G variant comes with smoked-chrome grille, roof rails, and a neat set of 17-inch wheels. The lower E variants, on the other hand, come with shiny chromes and a set of 16-inch alloys.

For the Toyota Rush GR-S, the model receives a different grille, a GR-S front and rear bumper, GR-S door cladding, GR-S-specific 17-inch alloys, and a Toyota GR badge at the rear door.

As an entry-level SUV, the Toyota Rush's interior is populated by hard but durable plastics. The top trim level gets a leather steering wheel and gear shift knob, while the lower trims have polyurethane instead. Notable inside the Rush is the white accents found on the dashboard and on the doors, which are decorated with faux stitches.

The Rush's cabin space is ample in the front cabin and in the second row. The third row, however, is better for children and not-so-tall individuals. There are plenty of cubby holes and storage spaces inside the Rush but ultimately, the car has a total of 13 bottle- and cup-holders.

One of the positive traits of the Rush is its array of safety features. Present in the entire lineup are seven airbags, ABS with EBD, vehicle stability control, hill-start assist, traction control, ISOFIX child seat tethers, child-lock system for the rear doors, and seatbelt reminder for all passengers. Because of this, the Toyota Rush got a 5-star safety rating from the ASEAN NCAP. 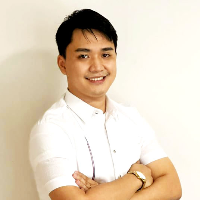 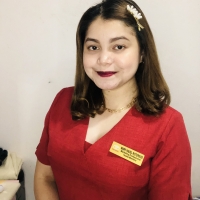 View the most compared cars versus the Toyota Rush 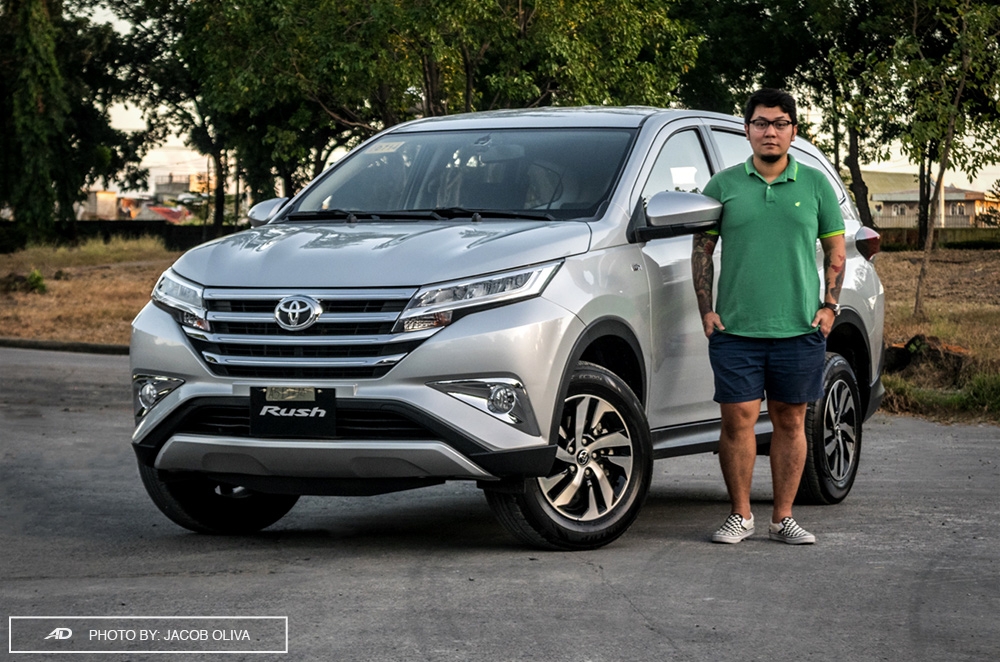 Read reviews from verified car buyers and find out from real owners what it's like to own Toyota Rush.

Are there any updates with the Toyota Rush?

Last November 2020, Toyota Motor Philippines upgraded the E variants of the Rush with seven seats along with a reversing camera.

Where is the Toyota Rush manufactured?

The Toyota Rush is manufactured by Daihatsu at its Astra Daihatsu Motor plant in Sunter, the outskirts of Jakarta, Indonesia. It is known as the Daihatsu Terios at the said country.

How many seats does the Toyota Rush have?

Locally, all variants of the Toyota Rush come with seven seats.

Is the Toyota Rush made by Daihatsu?

Yes, the Toyota Rush is made by Daihatsu in Indonesia where it is known as the Daihatsu Terios.

Is the Toyota Rush an SUV?

Technically, the Toyota Rush isn't an SUV. Although it sits on a ladder-frame chassis and has sizeable ground clearance, it lacks off-road capabilities. It is, however, marketed as an entry-level SUV based on looks alone.

Is the Toyota Rush diesel or gasoline?

The Toyota Rush in the Philippines is available with a sole engine option – a 1.5L gasoline power plant that's mated to either a 5-speed manual or 4-speed automatic transmissions.

Is the Toyota Rush underpowered?

To some extent, yes, the Toyota Rush is a bit underpowered especially when nearing its laden capacity. It does perform okay with minimal passengers and cargo, though.

Get Notified for Toyota Rush Alerts