We’re sure we are not the only ones who can feel that summer has gotten hotter this 2019. As of this writing, the temperature outside is a sizzling 36° Celsius and it’s not even the peak temperature recorded by PAGASA yet. Hotter days can even affect our temperament on the road, and we can be easier to anger. Even worse, some things tend to catch fire, including your car.

The summer temperature may contribute a lot to the risk of your car catching fire. However, there are also some factors that spark the problem. Good news is that car fires can be avoided, one of the first things you need to do is make yourself aware of its causes. Without further ado, below are the eight causes of car fires you can actually avoid. 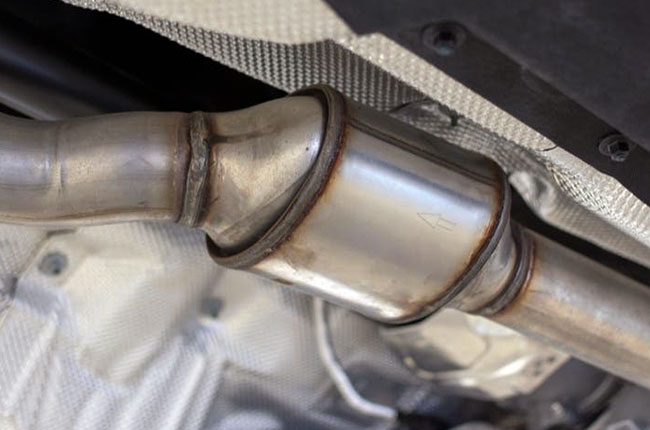 A catalytic converter is an important part of your car’s exhaust system as it deals with the filtration of the exhaust gases coming from the engine. With that said, it’s only natural that this part of your vehicle will get hot as you use it. While heat is normal for a catalytic converter, what isn’t normal is excessive heat due to unburned fuel in the system. This is normally caused by misfiring or failing spark plugs that let more fuel than normal leak into the valves making their way into the exhaust system. When this happens the fuel can ignite outside of the engine causing a fire. Other causes also included damage due to debris on the road that can also pose a risk to your catalytic converter. We all know that gasoline and diesel fuels used in all internal combustion engine vehicles today are flammable. That being said, if your car’s fuel system were to develop it could very easily develop into a vehicle fire. The leaking fuel could be brought aflame by an outside source or by the heat that your car emanates from its engine bay. Either way, it’s still best to be careful and have your vehicle brought to a service center once a fuel leak is found. If you continue to drive it, you will not only be a possible fire hazard to yourself but to those around you and your vehicle as well. 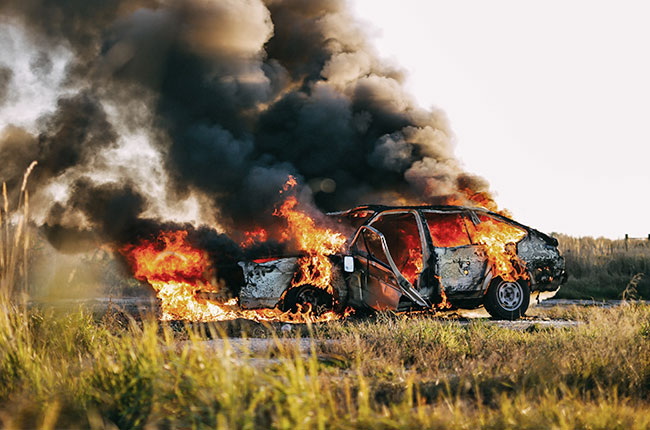 As we know, it gets hot under your car, this is after all where your exhaust system is located. That being said, an outside factor that might trigger a fire in your vehicle is uncut tall grass. Parking on a grassy field puts your car at risk of catching fire. It’s a combination of the heat of the sun and the heat coming from your car’s exhaust system that can easily start a fire, especially if it’s low to the ground. That being said, it’s highly recommended not to park in these areas as it is a potential fire hazard. 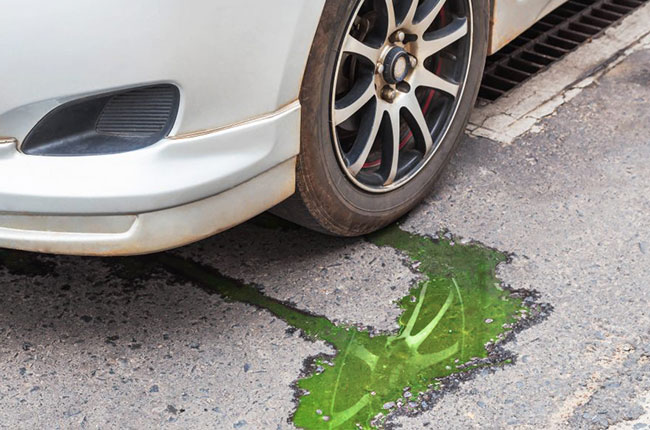 Aside from the fuel that powers your car’s engine, it has other fluids that may also cause a fire if these come in contact with too much heat. One such example is brake fluid, while it may not be as volatile as gasoline it is still flammable. That being said, if you see it leaking from your vehicle have it patched up immediately as it could be a potential fire hazard for your vehicle. Don’t risk prolonging the leak; if you observe droppings under your car, have it checked so your mechanic or service center can seal up whatever is leaking. 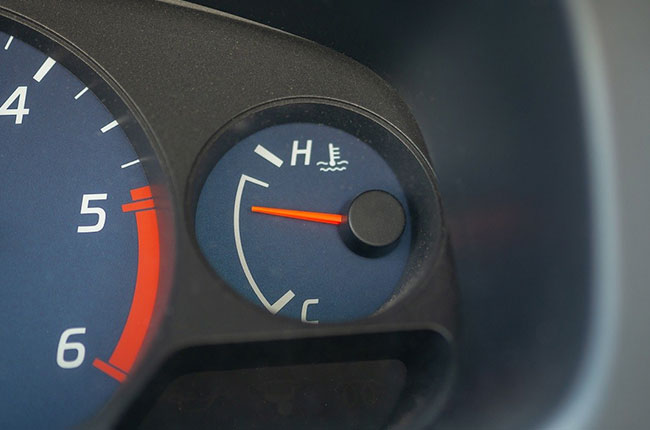 Your car’s engine alone will not cause ignition resulting in a car fire. The danger from this scenario comes from the internal liquids boiling during an engine overheat. The fluids may spill out into the engine bay hitting hot components bringing them aflame. That being said, if your car begins to overheat, it is best to have it cool down immediately to prevent other problems from possibly occurring. Make sure to turn off your engine once the motor begins to cool down or if you think it needs to be stopped immediately. 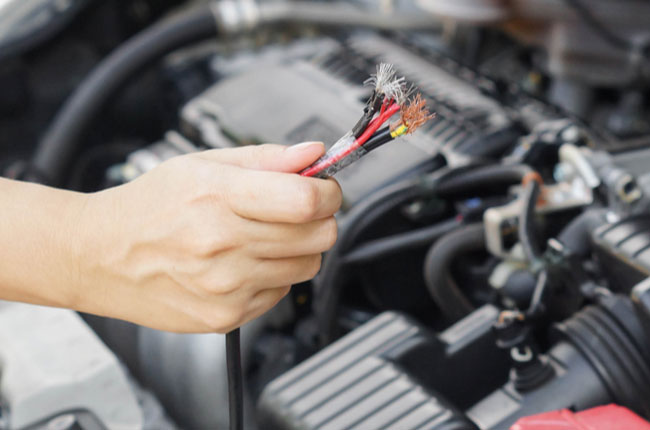 Another possible cause of a fire within your vehicle is faulty electrical wiring. This can happen when a wire gets worn out or if an animal eats through its protective layer making it prone to sparking. Other causes can also come from poorly installed aftermarket headlights or other electrically related modifications. That being said, if you notice any exposed wiring it is best to bring your vehicle to a service center to have it fixed, or in the case of after-market components, bring it back to the shop to have the modification rewired properly. A related cause to faulty wiring, a faulty car battery can also be the cause of a fire within your vehicle. If the terminals aren’t attached properly there is a chance for them to cause a spark that could ignite other components in your vehicle. There is also the risk of the battery exploding entirely cause more damage to your engine bay and even causing a fire. A battery, after all, stores a lot of electrical energy, when its casing becomes compromised it can release that stored up energy violently and quickly thus possibly causing a fire. To avoid this make sure that your battery is regularly maintained if applicable and to always check and clean out the terminals for any possible corrosion or damage. 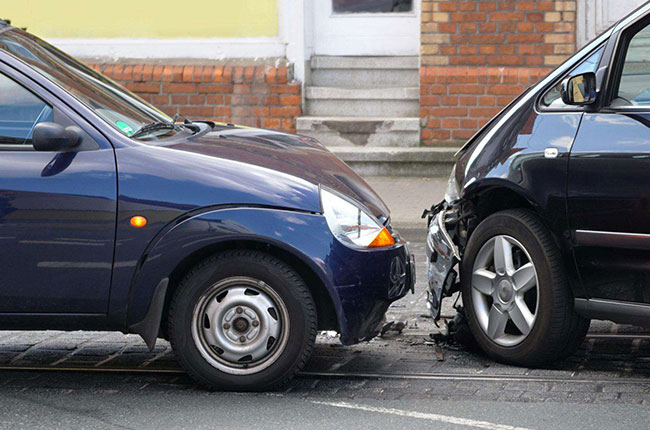 The highest risk of a fire happening to your vehicle is during a crash. Even if you don’t have leakage before the accident happens, the collision would be powerful enough to damage internal components that could cause fluids to pour out from their respective systems. A spark in the damaged electrical circuit is enough recipe for a burning car.