Due to its bulging hood, wide body, and high ground clearance, pickup trucks can be tricky to drive especially on tight roads, highly-populated areas, or when navigating through traffic. To give pickup truck drivers better and safer time behind the wheel, Nissan’s recently launched Navara features a slew of innovative safety mechanisms collectively dubbed as the Nissan Intelligent Mobility (NIM).

Aside from its powerful engine and four-wheel-drive capabilities, Nissan Philippines Inc. (NPI) highlights the Around View Monitor (AVM) feature from its NIM suite. The AVM uses strategically-placed cameras to create a 360-degree overhead view of the Navara, which can be viewed on its LCD head unit to ease up parking and avoiding obstacles.

To demonstrate how handy the AVM can be (and probably show-off few beautiful spots along the way), NPI brought AutoDeal and a handful of motoring media on a long drive up to Mt. Malasimbo in Puerto Galera, Occidental Mindoro. And when we say long drive, it meant conquering the busy city streets and the tight mountain twisties of Puerto Galera, as well as taking the Navara over the sea via roll-on/roll-off ferry (RoRo), totaling to more or less 300 km.

Driving through the city

The main destination of this trip is a campsite right at the top of Mt. Malasimbo, which is around a six-hour (give or take) drive from San Jose Airport in Occidental Mindoro. This meant that we had to drive through towns with various population densities and vehicle traffic, while going through challenges that would test the capabilities of the Navara and its NIM tech. 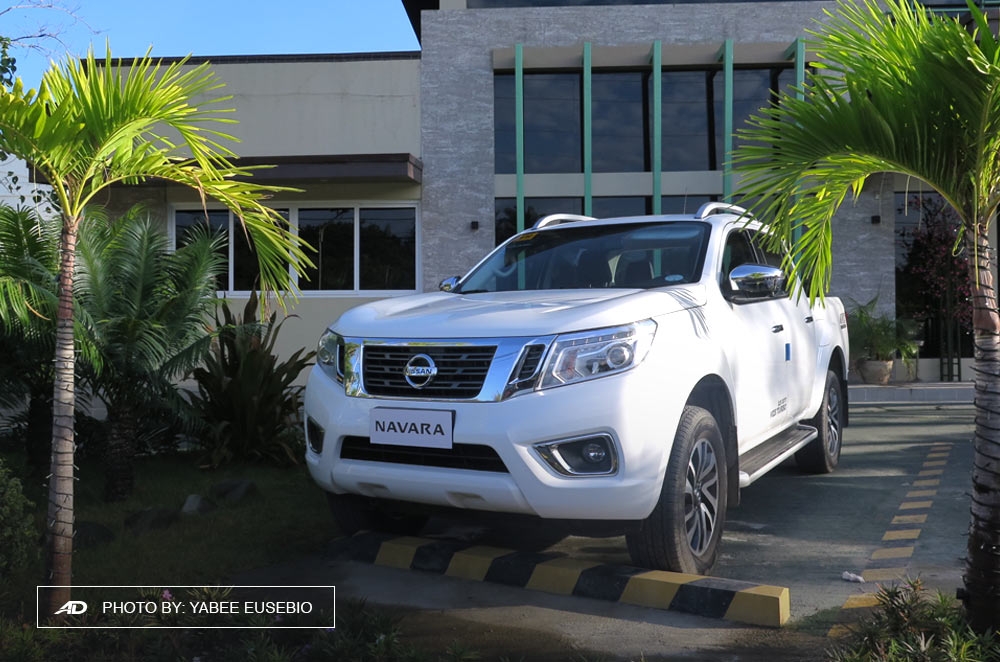 On the tight tricycle-dominated city streets, the Navara’s big body was at a disadvantage. Good thing, the AVM was there to help in switching lanes without causing incident, as long as its at 10 km/h and below. It was also easy to tap into this pickup truck’s powerful 2.5L diesel engine when I needed to safely overtake slow moving vehicles. The acceleration, however, wasn’t as smooth in low RPMs, but once I’ve hit higher speeds, power delivery became linear.

Out in the open, wind, road, and engine noise levels were kept at a minimum. It was impressive enough that I didn’t have to shout just to have a good chat with the people of NPI and my fellow motoring media.

The path to the top of Mt. Malasimbo involved a lot of twist and turns, steep uphill climbs, and a few stretches of dirt. It was the perfect playground to test the car’s balance, power, and four-wheel-drive capabilities. As we carved through the mountain, the Navara’s steering was on the light side, however, prolonged driving gave a light workout especially when passing through Mt. Malasimbo’s winding roads. Body roll was naturally present for a vehicle this high, but if driving at the right speed (as prescribed by the law) then there’s nothing to worry about.

There were unpaved roads as well, in which the Navara’s powerful engine and four-wheel-drive came into action. The latter gave this pickup truck the grip it needed to climb up the camp site without a hitch. In addition, its multi-link rear suspension system absorbed much of the bumps, making rough roads feel less challenging. The next day, NPI prepared an activity for us to further experience the new Navara’s capabilities and its AVM – it was an off-road course that featured a steep hill covered in dampen soil and grass with tree logs blocking the path. Not the most challenging course, admittedly, but it was more than enough to prove how handy the AVM can be as we navigated around logs and the tight turns. With a touch of a button, the AVM provided a clear view of the Navara’s immediate surroundings. Another touch would show a close up of the front-right-corner of the pickup truck making it easier to judge the distance between the cliff, the Navara, and the obstacles on the path.

When paired with its Hill Start Assist (HSA), Hill Descent Control (HDC), and Traction Control System (TCS) and all features working together seamlessly, the Navara handily conquered Mt. Malasimbo and NPI’s off-road challenge without having to flex its muscles.

Over the sea on the way back

Heading back to Manila, we began our journey down the mountain towards the port where we boarded the RoRo ferry to cross the sea. Although space was abundant, we had to park really close to each vehicle to maximize the RoRo’s capacity. Again, with AVM, these maneuvers were just a piece of cake. 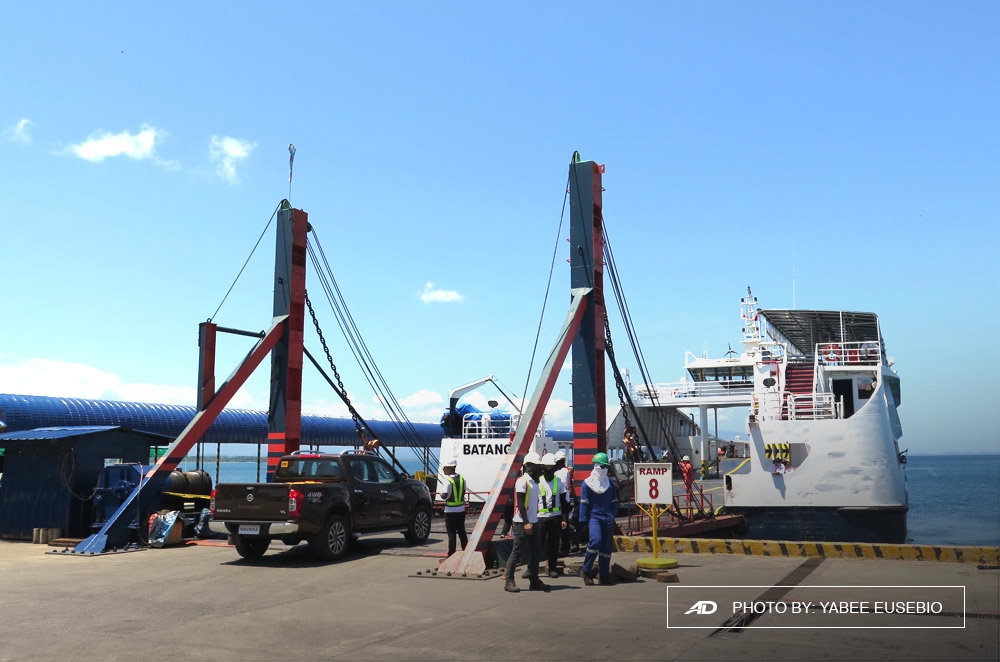 The Nissan Navara is a good vehicle that’s made even better with the Nissan Intelligent Mobility suite. With its AVM, its owners/drivers will have an easier, safer time behind the wheel as they navigate this powerful pickup truck through traffic and tight streets.

Now that the drive is done, I can’t stop wishing that my old Nissan SUV (or any other big vehicle I’ll be driving from hereon) was like the Navara that had AVM. The feeling is pretty much like the time when I first got a smartphone and can’t see myself living without it.