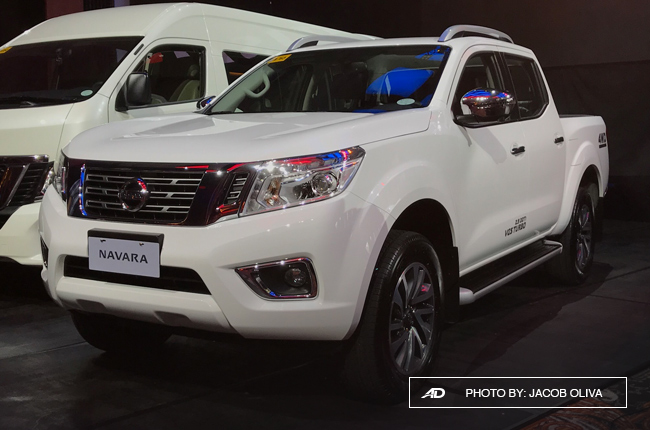 Modern engineering and the integration of advanced technology have influenced the development of motor vehicles for the past decades. Take the 2018 Nissan Navara as an example, which recently arrived in the Philippines with its innovative Nissan Intelligent Mobility (NIM).

NIM is a technology that provides drivers with advanced safety and convenience features. It is currently being used by some of the brand’s nameplates such as the LEAF, as well as the currently-available X-Trail crossover.

For the brand new Navara, its variant with NIM comes with four exterior cameras: one on the frontend, two on both side mirrors, and one on the tailgate. These grant you a 360-degree view around the vehicle, while sensors provide a convenient bird's-eye view through the Around View Monitor. It also comes with the Moving Object Detection (MOD) sensors that audibly and visually warn the driver when the cameras detect something moving in front or behind your vehicle. Also, the newly launched Navara has the Rear Cross Traffic Alert (RCTA) which alerts the driver if a vehicle is detected crossing from the rear – quite useful when reversing in parking lots.

There isn't much to talk about the design as there are only a few detail changes on the 2018 Nissan Navara. Aside from having more chrome trims, the refreshed model literally still looks the same as the previous one. The cabin might have the same look and feel just like the pre-existing version, but what's not to like about Navara's design? With a heavy-duty vehicle smart enough to help you in everyday drives, one can’t really ask for more. The 2018 Nissan Navara still carries the 2.5-liter DDTi turbodiesel engine with two performance output variations. The base engine generates 160 hp and 403 Nm of torque, while a more powerful one churns out 187 hp and 45 Nm of torque.

Suggested retail price (SRP) of the new Navara has yet to be announced but Nissan Philippines, Inc. has promised that the rates will be out soon. Judging by the recent SRP changes – which revealed that most of the existing Navara variants dropped in retail price after the implementation of the country’s new excise tax – it might be that the 2018 Nissan Navara's price will be close to the 2017 price tag.