When it comes to choosing a vehicle in the Philippine automotive market, buyers are spoiled for choice as every manufacturer has something special to offer no matter what the category. With that in mind, two types of vehicles have become the popular choice for those looking to get an affordable yet versatile vehicle on a budget. The first is the ever-popular sedan, which has made a name for itself as the go-to for those looking to get a well-equipped vehicle that can also double as a family car.  The second is the crossover which quickly rose in popularity due to a new wave of options that entered the market offering more features but at an attainable price. It also helps that crossovers also come with the looks of an SUV but retain the ride comfort that one would normally expect from a sedan. With that in mind, we compare the sedan and the crossover to see which one will suit you the best.

Related: Editor Speaks: Should I get a pickup or SUV? 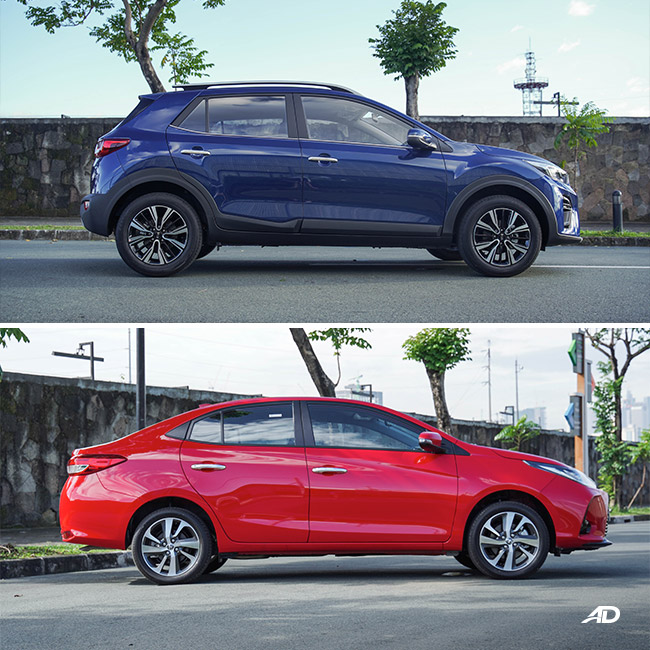 On the pricing front, subcompact sedans and crossovers are relatively close as their price ranges tend to overlap in some areas. Some examples of this would be the Honda City that ranges from P848,000 to P1,058,000 and the Toyota Vios which ranges from P681,000 to P1,035,000. On the crossover side of things, the popular MG ZS goes for around P818,888 to P998,888, while another popular example the Geely Coolray goes for between P978,000 to P1,198,000. This puts these two kinds of vehicles fairly close to one another making them all the more enticing for just that little bit of price increase.

These cars are within the same price range, more so if you’ll opt for the top-of-the-line trims, which are packed with convenience and safety goodies. While this may mean that you’ll have more choices just by looking at the sticker prices, it also means that it will be a bit difficult to come up with a final choice. Another thing you might want to consider when it comes to choosing between a crossover and a sedan is their sizes. At first glance, subcompact crossovers seem to be bigger than subcompact sedans, but they’re generally not. Crossovers are shorter to match its hatchback styling, and sometimes even have shorter wheelbases. With that, interior space is compromised in subcompact crossovers. 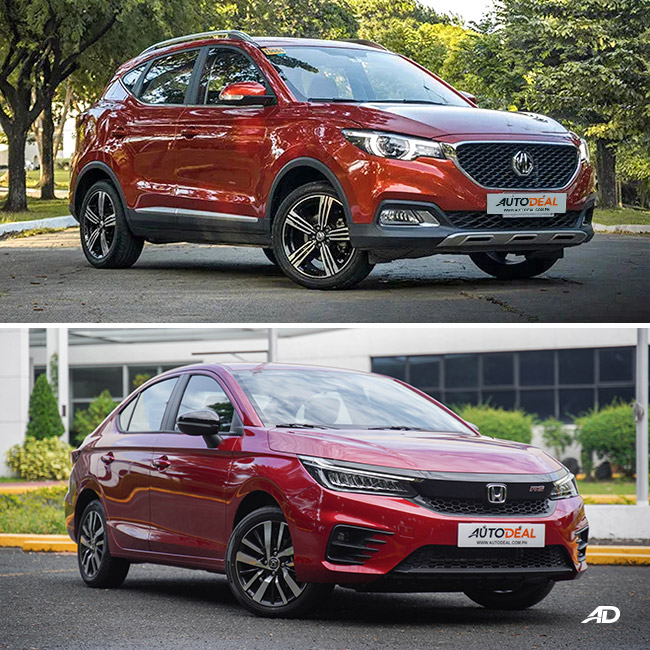 While comfort is subjective as it differs from person to person, sedans typically come with a more comfortable setup. These vehicles are designed to bring the utmost comfort no matter what the brand is. It is also important to note that most of the more popular luxury brands tend to lean towards the sedan body style for their luxury line of vehicles.

Crossovers, on the other hand, come with a more body roll compared to their sedan counterparts thanks to the extra ride height that they bring to the table. This can especially be felt when tackling long curves and winding roads. With that in mind, this could mean the difference between someone in your vehicle getting car sick or not on long road trips. In terms of flexibility, this is where crossovers come with an advantage. The bigger cargo space that they have along with the flexible seating configurations that they carry allow owners of these kinds of vehicles to use their cars both for transport and cargo hauling. Sedans are limited in what they can fit in the back of the truck, thus the trunk itself is the limiting factor for the vehicle even if the second-row seats can be folded forward.

In addition to this, crossovers also have added space from the ground is a huge advantage especially when you’re going to places you’re not familiar with. Light off-roads and shin-deep floods are a cinch to crossovers, which are places you won’t dare drive your sedan onto. The differences between sedans and crossovers are like apples and oranges in December – both are priced similarly, but one keeps the doctor away while the other gives you a healthy dose of Vitamin C. If you really have to choose between the two body styles then remember these things when choosing between the two: subcompact sedans are for people who like the best ride comfort out of his or her car. It’s more of a touring vehicle on a platform that has been proven over time, which makes it the safer choice. However, it’s less flexible than a crossover, so you have to be very cautious in the places you go to. Flooded areas are definitely a no-no for these low-riding vehicles.