About a year ago, Mitsubishi’s Eclipse Cross was launched as a compact crossover. That’s right, for many fans, the thought of Mitsubishi reviving the Eclipse nameplate might signal the comeback of their two-seater coupe that saw its golden years in the late ‘90s. But alas, when it was announced that the Eclipse would be brought back as a five-seater with comfort and utility in mind, I think it’s safe to say that more than a few people were a bit slighted. 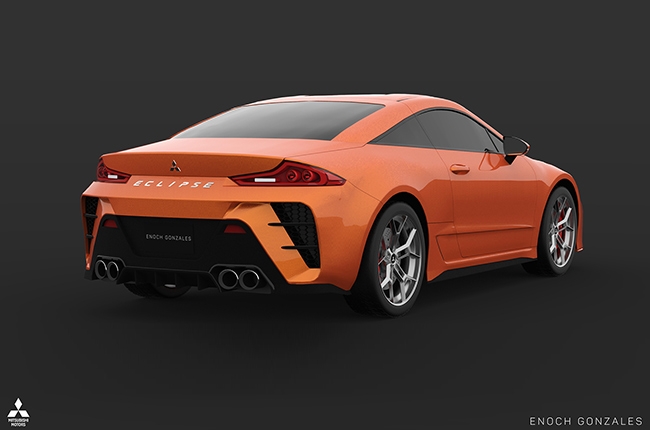 Could there be hope of a proper Mitsubishi Eclipse revival in our lifetime? If Mitsubishi happens to hire a certain talented young Filipino who has been designing cars at a very young age, then the chances might be pretty high. The renders you see here are the work of Enoch Gabriel Gonzales, a 23-year-old Fine Arts graduate of University of Santo Tomas. Having graduated with a degree in industrial design, he is currently working as a shoe designer for an international shoe company. However, designing cars has always been his passion; what started as a hobby has evolved into something he’d like to do for life. 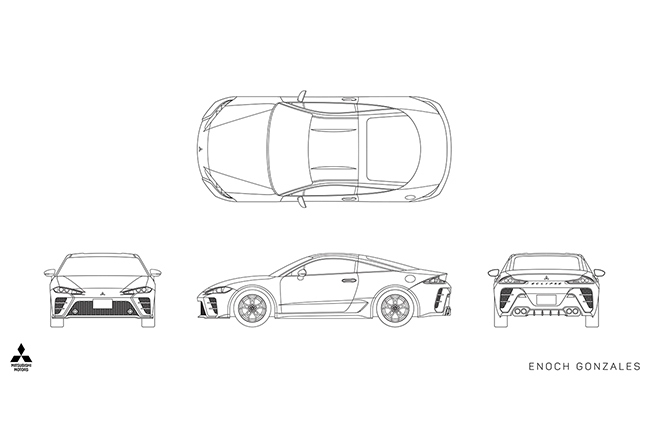 From his renders, you’ll see that there’s some touches of the old-school Eclipse sprinkled around. From the projector headlights and the slim tail lights, the inspiration for his 2020 Mitsubishi Eclipse concept seems to be the 2nd generation from almost 20 years ago. Even the badging is spot on for a throwback. An aggressive front grille and bumper venting is a nice, modern touch, as is the rear diffuser with quad tailpipes. The body shape and extended rear boot looks very Toyota 86, though, but it’s a handsome silhouette. The wheels look to be 18-inch in size, plus the Y-spoke design is handsomely done. 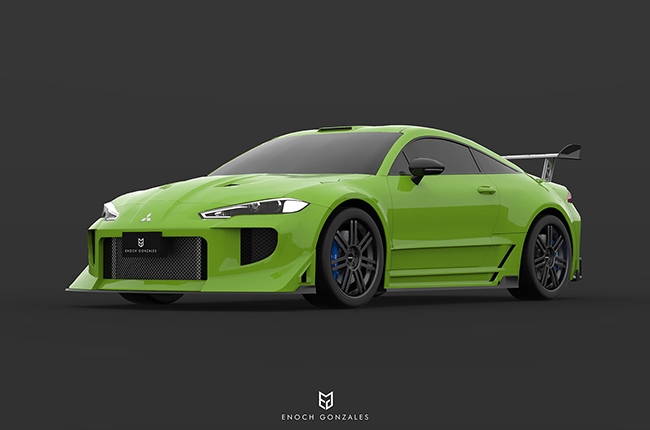 There’s even his take on a Fast & The Furious version of his 2020 Mitsubishi Eclipse render, with the obligatory wing, body kit, and intercooler for what we assume is for the aftermarket turbo. 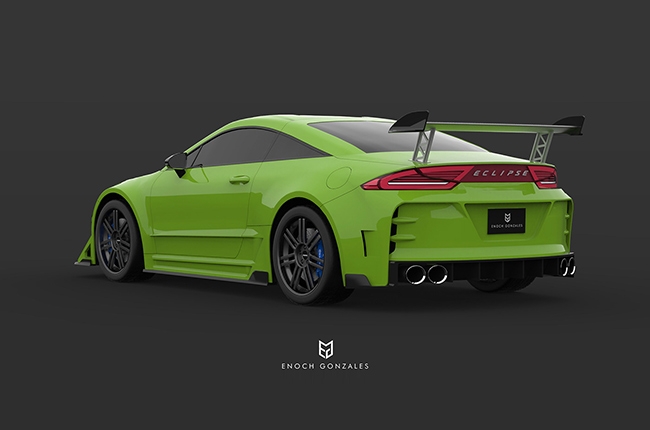 Pretty nice, right? Check out his other ideas here. All things considered, a new Eclipse in two seater format might be far from reality, but with Enoch’s interpretation of what the Eclipse could be in the future, I think Mitsubishi may have a designer that they need to hire for a secret project as soon as possible.