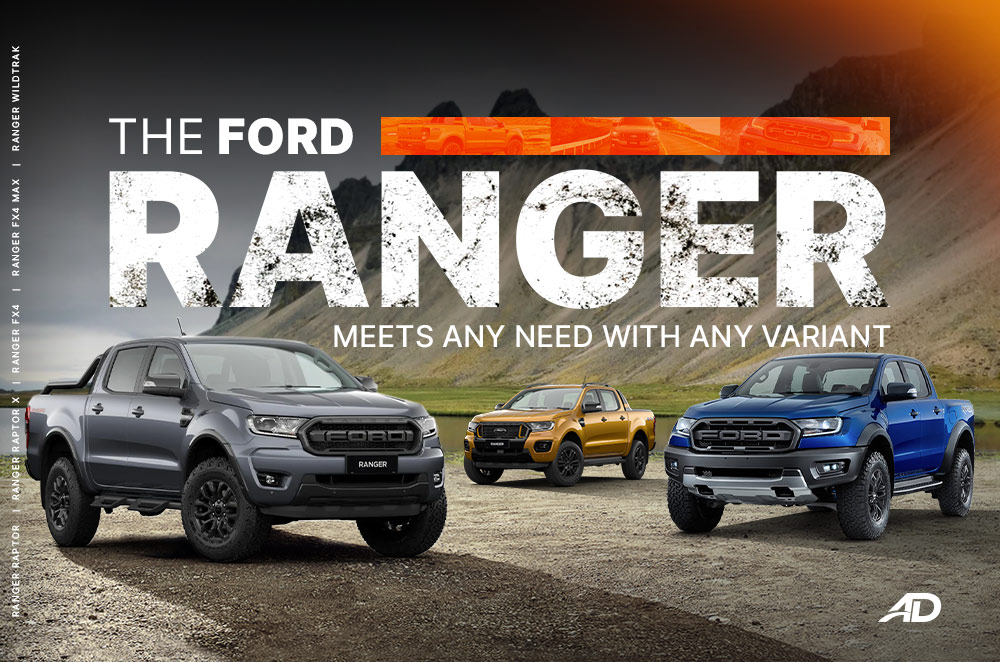 Ford knows that its midsize pickup doesn’t just haul produce and heavy cargo. The Blue Oval knows that the Ranger isn’t just a capable worker, it also dives deep into the realm of play on a constant basis.

The Ford Ranger blends work and play quite seamlessly. If you want a weekend getaway while hauling some heavy loads, it can take it. If you want something that will be capable enough to bring your business to far-flung places or within the city limits, it’ll get the job done. However, with the myriad of options available in its variant list, what Ranger is right for you? 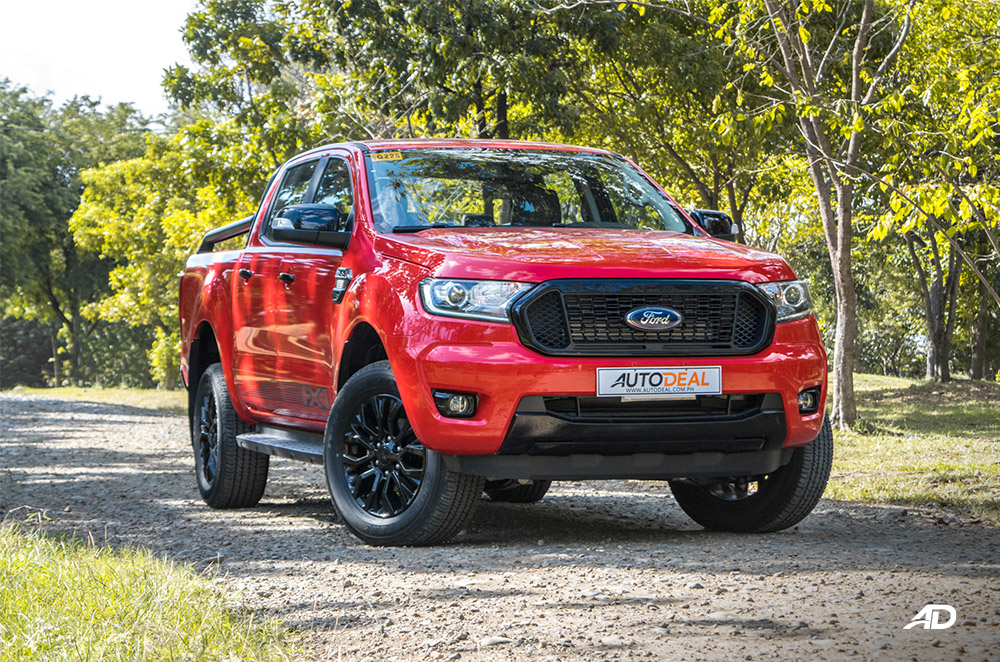 Most affordable pickups don’t look the part to be lifestyle-oriented. Most pickups at a lower price point tend to look more like cargo haulers than anything else. The Blue Oval is aware that there are a lot of budget-oriented consumers that would appreciate a fine-looking pickup truck that won’t break the bank, but still offer very capable specifications for everyday tasks.

If you’re looking for something that’ll get the job done but look darn good doing it, then the Ford Ranger FX4 should fit the bill. Even before the Wildtrak got a facelift, the FX4 was the first to market with Ford’s newest rendition of its hexagonal grille. It’s got a capable-enough motor with 2.2-liters of displacement and a power and torque rating of 158 hp and 385 Nm of torque. Now, we’re getting into more serious territory. The Wildtrak line of variants is definitely one of the more famous names in the range of Rangers. Buyers can expect a more road-going yet still capable pickup for the price that they pay. It’s worth noting that most of these models come with a set of road-going tires—highway terrain to be precise.

The result is a very well-behaved pickup truck with great noise insulation and a notable amount of ride comfort over most of its rivals in the segment. Ford also equipped the Wildtrak with its top-tier 2.0-liter turbodiesel engine which can either be a single- or Bi-turbo depending on if you get the 4x4 or 4x2 variations of the model. Power figures go all the way up to 210 hp and 500 Nm of torque for the 4x4 version, and who’s to say you can’t slap on a set of mud tires and taller suspension to tackle some gnarly trails? Buying the top-spec Ranger Wildtrak 4x4 will also incentivize you with a power roller shutter, which is an added bonus straight from the factory floor. It’s added security for owners looking to haul more delicate cargo or stuff that needs to be more secure and away from prying eyes.

On top of its tower of power, it’s an absolute unit in terms of its features and specifications, and it was regarded as one of the most technologically laden trucks then and until now. Even its rivals struggle to keep up with it on the tech front. Not to mention it was a big leap forward for what we considered to be top-tier specs for pickups when it was first introduced. A few years have gone by and we’re only now seeing the rest of the market coming with adaptive cruise control, rear-view cameras, a full-fledged infotainment system to cherry-pick a few tidbits from its spec sheet. Ford has improved the Ranger’s kit over the years, and it still remains a top pick for consumers who love features upon features. Speaking of gnarly trails and slapping on mud tires, Ford beat you to the punch with the FX4 MAX. The variant gets more hardcore off the factory floor in comparison to its Wildtrak brother. If you ditch normal roads often and find yourself on dirt, then this is the pickup truck that you will want.

It’s got the same powertrain as the Wiltrak in its top-level trim. It’s 4x4 only, and it’s not as feature-rich as the Wildtrak family of variants, but it makes up for it with hardcore off-road additions which include bigger and meatier tires, robust step boards, Raptor-like styling, and Fox suspension with a boost in ground clearance. It will also carry up to about a ton of weight on its back, and it can do it while going ham on dirt roads and still work the farm without extreme slouching or squating. This ladies and gentlemen is the most audacious, widest, tallest, and sportiest offering in the Ranger lineup. Designed and built to compete in rallies and Baja races, the Ranger Raptor is the pickup to get if you’re lusting after the pinnacle of performance from the midsize Ranger lineup. It’s a few eggs short of being an F-150, but few pickups are in the Philippines. It’s no mere working man’s pickup. It’s a truck you pick up if you have an appetite for the extreme.

Equipped with the powerful 2.0-liter Bi-turbo engine from the Wildtrak and FX4 MAX, you can expect peak performance from the Ranger family’s most athletic brother. It’s got the widest wheels in the lineup, as well as the widest body thanks to its gorgeous fenders. On top of that, you get the best suspension fitted to a production midsize pickup truck in the Philippines from a performance standpoint—even better Fox shocks compared to the FX4 MAX. In addition to that, it’s also the only pickup truck to feature a fully independent suspension system at both the front and rear which returns stability and performance over any terrain. Sure it can’t handle as much weight as its brethren, but that’s not what this pickup is for. It’s meant to haul butt on some of the unruliest of roads, and that’s where the Raptor shines the brightest.

Pick one, any one

There’s a Ranger for everyone in Ford’s stable. If you want value and looks, you’ve got it with the FX4. If you want even more features and comfort, take the Wildtrak. If you want to play a bit more but keep practicality within arm’s reach, then take the FX4 MAX. If you’re a thrill-seeker with a palate for unruly surfaces, then the Raptor is just the beast that you should take.

Whatever lifestyle you have, Ford’s got an answer for you.