The Nissan Navara goes by many names around the world. You may refer to it as the NP300 or the Frontier in other, well, frontiers. One of the truck’s biggest selling points is the rear multi-link suspension that makes its ride comparable to modern crossovers with unibody chassis. It is still a ladder-on-frame chassis, but it’s so good that other brands have even adopted the chassis for use in their own models.

Notably, the midsize pickup had its refresh last March 22, 2021, with the midsize pickup having more standard features than before along with the addition of a new range-topping variant in the form of the PRO-4X trim. The Navara has to be doing something right. With a legion of fans and many admirers, this pickup serves as a great all-rounder, but there is more to be said about this vehicle apart from its spec sheet. Here are some interesting facts about the midsize Nissan pickup truck. While its lineage can be traced back all the way to the 1930s, the first modern rendition of this model was in the form of the Datsun 120 in 1955. Moving forward, we saw the D22 carrying the 'Frontier' nameplate for the first time. Replacing the D21 line of trucks in 1997, this model was classified as a compact pickup truck. In the Philippine market, the word 'Navara' is Spanish for a defender.

The Navara then jumped a few numbers with regard to its chassis code. The D22 was replaced by the D40, which boasted a bigger size and bigger engines to boot. This generation came with either a 4.0-liter V6 or 2.5-liter inline-four under the hood.

It is important to note that all of the prior models were not equipped with the rear multi-link suspension that owners have lauded and have come to love in their modern pickups. The current-generation D23 pickups sold in the Philippines come with fully independent suspension all around, ensuring a smoother ride over road imperfections and dirt trails if need be. The ride is improved thanks to the independence, as each wheel can move without affecting the other wheel parallel to it – a common reason as to why live-axle SUVs are touted to be bumpy going over speed bumps or potholes. Power and torque are some of the main talking points when it comes to utility vehicles. Navara units in the Philippines all have the same YD25 diesel engines popping under the hood. No matter what trim level you get, the same engine will be present from the most basic all the way to the well-endowed models.

The only difference between these engines is the amount of boost the turbo is cramming into the block. In lower-trim models, the engine will produce a total of 161 hp and 403 Nm of torque. Go higher up the trim ladder and you will find that the 2.5-liter diesel engine is taking it easy in the entry-level, as it is capable of 187 hp and 450 Nm of torque, stellar figures which may even excite you when driving. It goes without saying, but the Navara is so well known, that many have clamored for and pestered Nissan for an SUV based on the same platform. Enter the Nissan Terra, one of the late entries into the segment, but one of the most rooted for vehicles in the market today. Navara owners were quick to judge the car based on its suspension alone. Sharing the same underpinnings, it also promises the same thing that the Navara brings to the table, good performance and utility mixed with enhanced chassis dynamics and comfort.

We won’t make assumptions as to why, but even other manufacturers have resorted to Nissan’s platform in order to produce vehicles that suit their brands. These include Mercedes-Benz and Renault, thanks to the Renault Nissan Mitsubishi alliance. The X-Class from Mercedes-Benz used the Nissan pickup’s platform starting in late-2017. While it had an engine from the German brand, it had gasoline options as well as two inline-four diesel engines, and a 3.0L V6 diesel on offer for consumers. 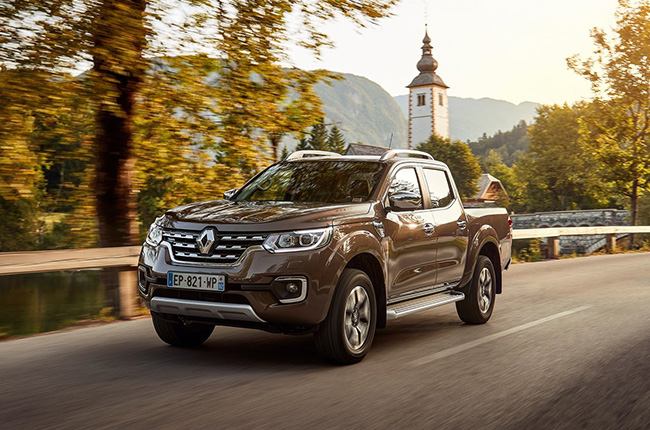 Thanks to the Renault-Nissan-Mitsubishi Alliance, Renault has access to the Navara platform for use in its Alaskan pickup truck. It’s not a worldwide model and is still only sold in Europe.

If the Navara is good enough for the Europeans, it must be doing something right. If you're planning on purchasing this midsize pickup, then, don’t hesitate to click on the ‘Get Quote’ button—it’s absolutely free. You could even request to test drive the cars so you would know what you’ll like about them, first hand.