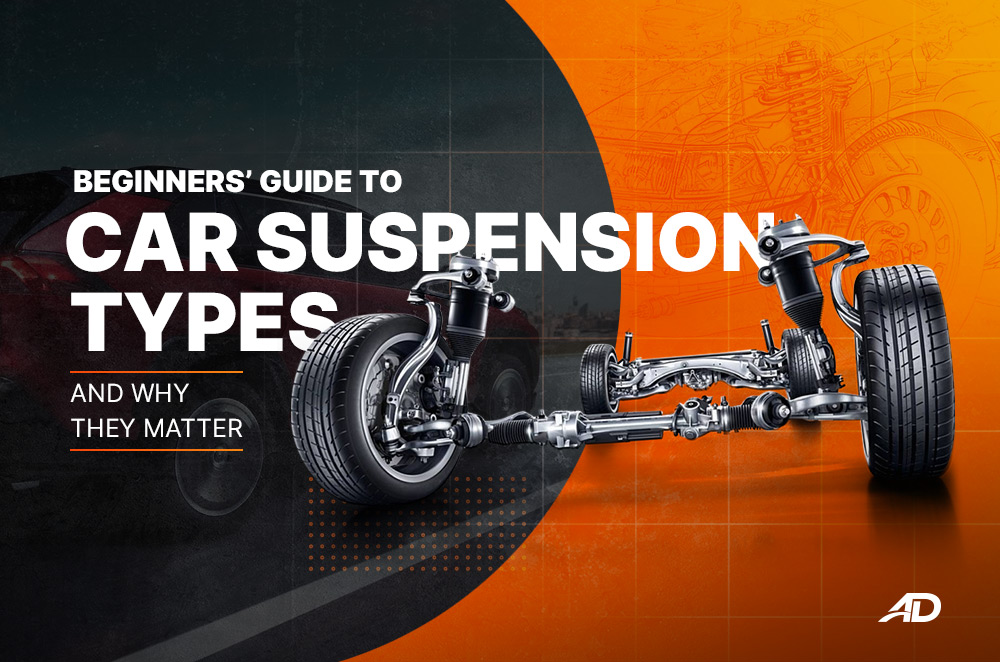 Have you ever heard a car buyer asking what suspension does the car he/she’s looking at has? Not quite often, right? However, it does not mean it’s any less important than a car’s engine. In fact, it’s one of the things you need to be familiar with, if riding comfort is important to you. Not only do car suspensions keep your buttocks comfortable on your seat, but they also make sure your car maintains consistent handling and braking.

Related: Do you need to replace your car's shocks? Here's how to tell

Just how important the suspension system is, you ask? Without it, you won’t be able to keep your wheels planted on the ground when cornering at certain speeds—talk about body roll. Yes, your car might literally tumble sideways but thanks to suspensions, it does not, right? To understand it better, poor suspension systems lead to a greater bounce rate, as the shocks won’t absorb impacts on bumps and springs may not expand on time to keep your tires on the ground.

Apart from bounce rate and handling, faulty suspension systems are also a cause of clunking sounds when rolling up and over speed bumps. Simply put, suspension systems aren’t there for just riding comfort, they also contribute to on-road safety and vehicle stabilization. Now that you have a vague idea of how important the suspension system is, you should be ready to find out about its different types. 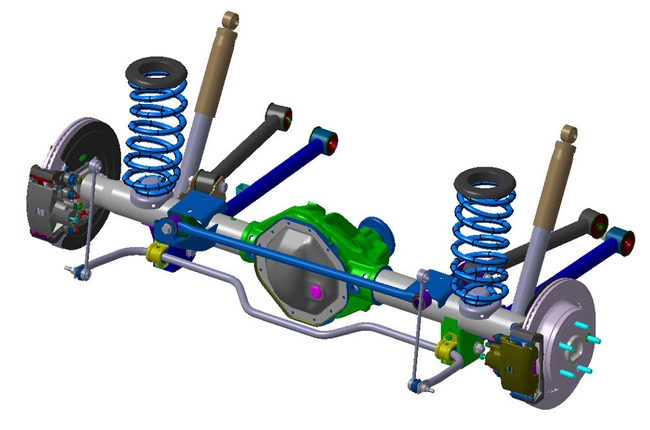 The suspension system is composed of springs, which can either be a coil or leaf spring. Links/arms and shock absorbers also make up the system and keep the wheel on the ground. However, there are various setups and some aren’t as simple as a coil and a spring attached to the wheel. There are two general classifications of suspension systems known to date; dependent and independent. A dependent suspension system connotes that there is a beam or axle that connects the left wheel to the right so they work in tandem with each other. This classification of suspension can be sprung by either a combination of leaf springs and shock absorbers or coil springs and shock absorbers. This simple structure is what makes it rugged and cheap, allowing manufacturers to put it in mass-market vehicles that demand durability and affordability. 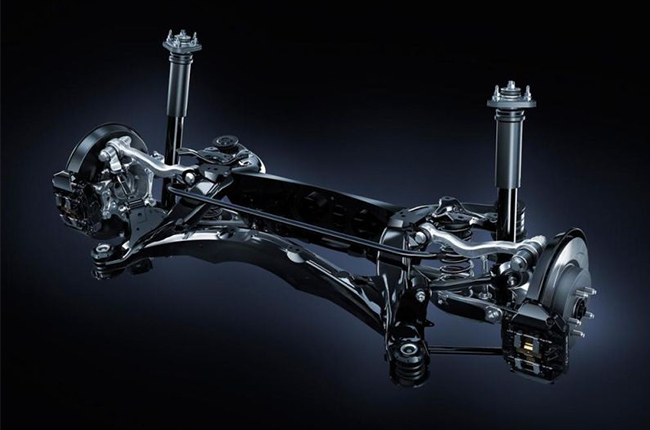 Also known as the twist beam suspension, the torsion beam suspension system is simple and manufactured at a low cost. Commonly found at the rear, the system uses trailing arms integrated with a cross member that twists as the wheels move. If we are to plot it on a chart, it would be in the middle of a solid axle and an independent suspension, and in most cases, it's classified as a semi-independent suspension system because of how the beam twists in response to force. The design allows for a roomier cabin as the suspension system is more compact and simpler. It is also relatively cheap to produce and rigid at the same time. It is often found on more affordable and smaller sedans and hatchbacks like the Honda City.

Some older cars like the boxier generations of the Nissan Sentra were front-wheel drive and featured independent suspensions in the front, but a dead axle in the rear. This is one end of the extreme since the axles at the back feature no flex and behaves more like a live-axle suspension system. One wheel will move in relation to the other in a dead-axle system. 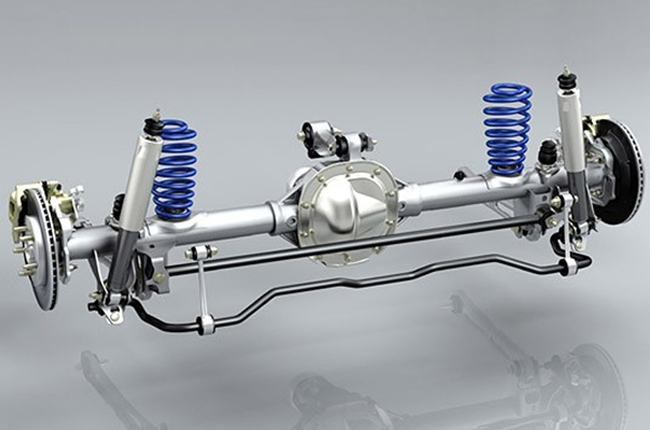 A live axle is simply a driven solid axle. Meaning, it transmits power to the rear wheels, unlike its torsion beam counterpart which has no power being fed to the wheels. Live axle rear suspensions are commonly found on buses, light trucks, and some light and medium-duty SUVs and pickups. The system can either be sprung by coil springs or leaf springs. It’s also important to note that since the system is more rugged, it is more reliable with concern to heavy load capacities. 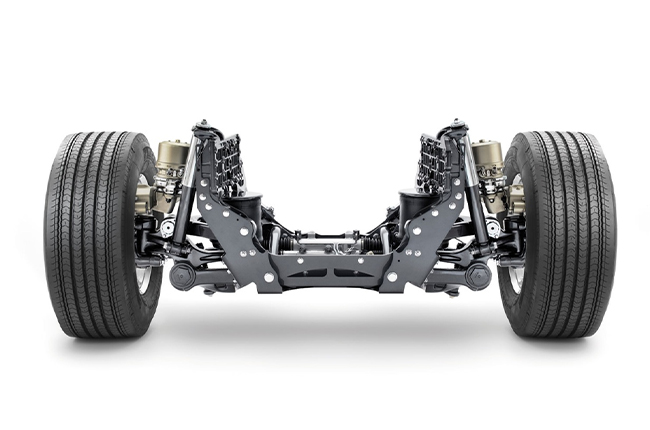 Unlike its counterpart, this type of suspension system does not feature a bar connecting both wheels. Rather, each wheel is given its own spring and shock combo, which gives a more comfortable riding experience. That’s because a bump or pothole that affects one wheel won’t influence the other—meaning, when one wheel is pushed upwards by a bump, the adjacent wheel will stay on the ground unaffected. Independent suspension systems can be used either in front or rear, with the former being common nowadays to keep the front wheels on the ground and pointing the car in the right direction. 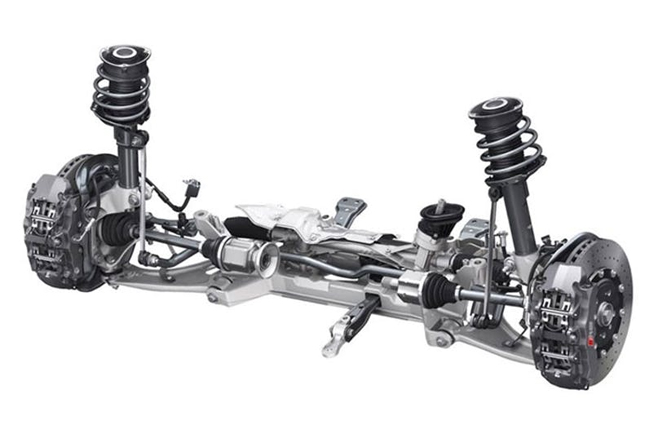 This type of independent suspension system uses either a wishbone or a substantial compression link that is stabilized by a secondary link. Some people refer to it as a shock absorber built inside a coil spring. It is commonly found under front-wheel-drive cars, like the Kia Soluto. A MacPherson strut is among the most cost-effective independent suspension system as it uses fewer parts, meaning it’s simpler and easier to manufacture.

The MacPherson strut is one of the common types among the independent suspension systems. Due to its simplicity, it does not take up much space, making it an ideal option for smaller and more compact vehicles. The simplicity of its structure also means it’s easier to manufacture and troubleshoot than other kinds of independent suspensions. 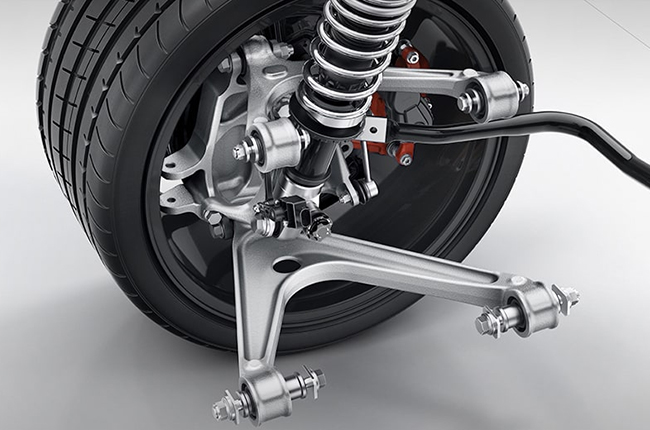 As the name suggests, there are two wishbone-like arms are connected to the wheel. Each of those has different mounting positions: one at the wheel and one at the vehicle’s frame. The wishbones on this system are similar to the MacPherson strut’s wishbone, as they also feature coil springs and shock absorbers. There are several configurations of double wishbone suspension but we’ll save that for a more in-depth article.

One great thing about double wishbones is the increase in negative camber due to the vertical movement of the upper and lower arms. In that context, the outside wheel of your car when cornering will retain optimal contact on the road—resulting in better grip and handling performance. Meaning, when your car leans over to one side in a corner, the wheel remains perpendicular to the road, which gives your tire the maximum amount of contact with the ground. 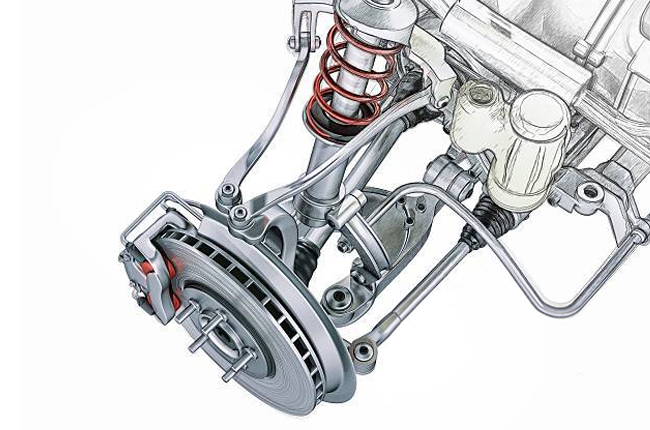 If double-wishbone suspensions use two links connected to the wheel and vehicle frame, a multi-link suspension system utilizes at least three lateral arms and one or more longitudinal arms. The multi-link independent suspension system is relatively more expensive than the two aforementioned setups, as well as more complex and intricate in its structure. Despite that, it has become common to modern cars, which setup involves front MacPherson struts and multi-link suspension on the rear. However, due to the cost of manufacturing such systems, it is mainly found on more expensive cars, or cars belonging to the premium category.

Due to more links connected to the wheel, this suspension system is able to move more freely than the other two, as it can cover various angles. Another thing is, with its structure, it offers more options to attain various wheel alignments. You may find multi-link suspensions on off-road vehicles, sedans, or sports cars.

Which type is better? 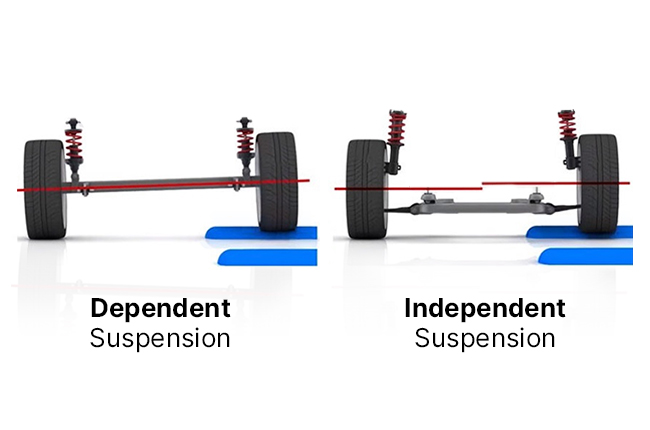 As to which type is best, there is no one-size-fits-all solution. A pickup truck will more likely come with a live-axle rear suspension and a bumpier rider because of its load-bearing capabilities. However, a sedan geared more for comfort will benefit immensely from an independent suspension. There are certain exceptions, though. Some pickups are equipped with a robust multi-link rear suspension that returns better comfort but retains the same load-bearing capability. Other cars can be very comfortable with a semi-independent rear suspension. It all depends on how the manufacturer tunes their systems and engineers their chassis to accommodate each and every system.

However, there are also concerns related to costs. A multi-link is expensive to manufacture, so is a double-wishbone. This means that a car outfitted with these types of systems will be more expensive to purchase. Meanwhile, the torsion beam system is found in so many passenger vehicles nowadays because the cost to manufacture such systems is greatly reduced thanks to fewer moving parts and complexity. That being said, just because a car comes with a torsion beam, doesn't mean it won't ride well. Again it all depends on the engineering the manufacturer has put in. Also, any savings made on the manufacturer's end will result in a more accessible price for the consumer if they are on a budget.