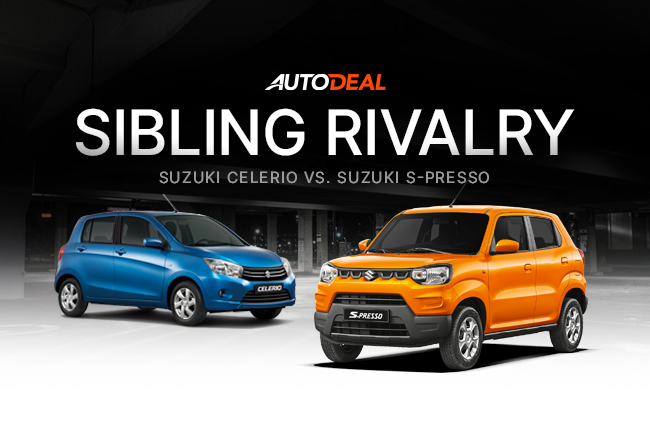 If you are in the market for a Suzuki hatchback you would automatically go for the Swift but let's say you’re working with a sub P600,000 budget. There are still two options in the local lineup that can meet your Suzuki hatchback needs. Enter the S-Presso and the Celerio. One is a veteran of the small hatchback segment while the other is a hot new model (pun intended) ready to stir things up with its tall ride height and affordable price.

The Suzuki S-Presso offers you the affordability of a tall-riding hatchback that costs just slightly above the P500,000. In fact, it actually costs P518,000 to be exact. For that price point, don’t expect to be drowned in features and technology. The S-Presso despite its hatchback looks it’s actually more akin to that of a crossover giving you a car-like ride but with ground clearance similar to that of an SUV. Don’t expect to go off-road with the vehicle, however, as it only sends power to the front wheels. The S-Presso only comes in one trim level and with one transmission option being the 5-speed manual.

The Suzuki Celerio, on the other hand, gives you an established nameplate in the local automotive market. It's a simple car with not too many features. It does come with a 7-inch infotainment system that comes with navigation, Bluetooth connection, and AUX. While its lower to the ground it has a small form factor ideal for those who live in the city and where space is limited. Unlike the S-Presso the Celerio does come with an automatic transmission variant.

With the only P40,000 separating the S-Presso from the manual Celerio, choosing between the two now becomes a bit harder as they both offer value for money under the P600,000 mark. Both vehicles share the same 1-liter engine and the same 5-speed manual transmission that pushes out 67hp and 90nm of torque. They also both similarly kitted out against each other with only ground clearance separating the two. With that said the S-Presso becomes the more interesting choice due to it being the newer model and it being more affordable, but dig into it more. 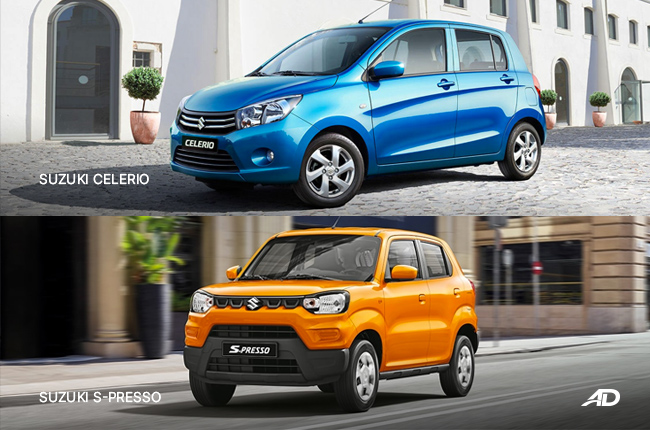 Both vehicles feature a simple exterior. No flashy designs here, just simple but effective curves and angles. HID and LED headlights can't be found at this price point but the multi-reflector halogens do their job well. The S-Presso comes in with a more box-like design giving it a taller (180 mm ground clearance) and more “macho” stance compared to its conventional hatchback brother. However, it does make the vehicle look thinner. Like its conventional hatchback brother, it too has a rear tailgate but one that's more akin to that found on an SUV.

The Celerio, on the other hand, comes with more curves and a smoother nose. But where the Celerio has the edge over its taller riding brother is in its cargo space and width. Separating it from its newer sibling is 80mm in terms of space on either side of the vehicle. This allows the Celerio to have more room for its passengers as well as more room for cargo in the back. Both vehicles come with a simple interior. The Celerio comes with a more traditional dashboard layout with analog gauges found with the steering wheel, while the S-Presso comes with a digital gauge display but lacks a tachometer. In terms of luggage capacity, the Celerio wins coming in with 254L versus the S-Presso’s 239L. Here is where things can get tricky if you prioritize technological features in your vehicle. Both vehicles come with a 7-inch touchscreen infotainment system. It comes with standard features like Bluetooth, USB, Aux, and a 12-volt socket ready to charge your mobile devices. The only differentiating factor is the lack of a tachometer in the S-Presso, a deal-breaker for some especially since the vehicle is only available with a 5-speed manual transmission. In terms of safety, both vehicles are similarly specced out. The S-Presso and Celerio both feature Suzuki’s HEARTECT high-rigidity low-weight body that gives the vehicle excellent crash dissipation technology. Both vehicles come standard with ABS and two airbags at the front for the driver and passenger. Three-point seatbelts are also standard for both vehicles, so for this category, both vehicles are about even when it comes to safety features. 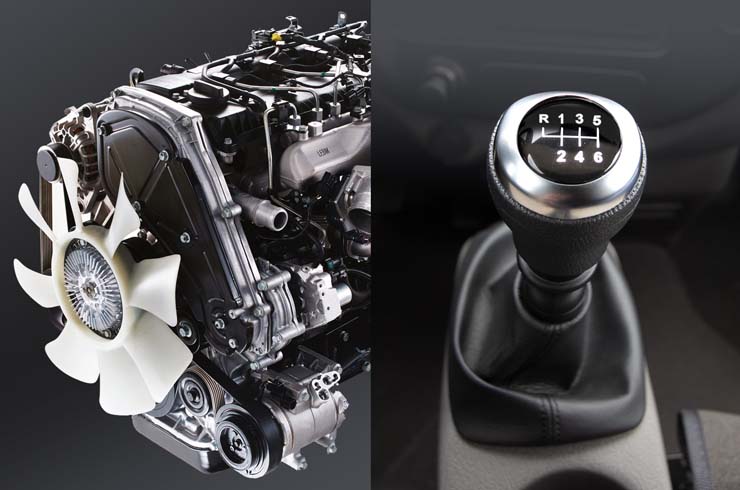 While it's a close battle between the two Suzuki vehicles there are certain features that make one or the other stand out. If you want an affordable tall-riding vehicle and don't mind driving it with a manual transmission then the S-Presso is for you. As a city runabout vehicle, it does well and comes with the necessary features to make your daily commute more enjoyable.

On the other hand, if you want a small hatchback that has more luggage space and has an option for an automatic transmission then the Celerio is for you. It is the older model among the two but it's a tried and tested nameplate. Its advantage over the S-Presso lies in the fact that it has a tachometer which is an essential gauge to have especially when driving a manual. While the S-Presso does have the newer digital display, its placement and lack of a tach might throw off newer drivers.

For this comparison, we have to hand it to the Celerio as even though it will cost you P80,000 more for the automatic variant compared to the base price of the S-Presso, having a transmission that shifts itself is much easier to use especially in the city.