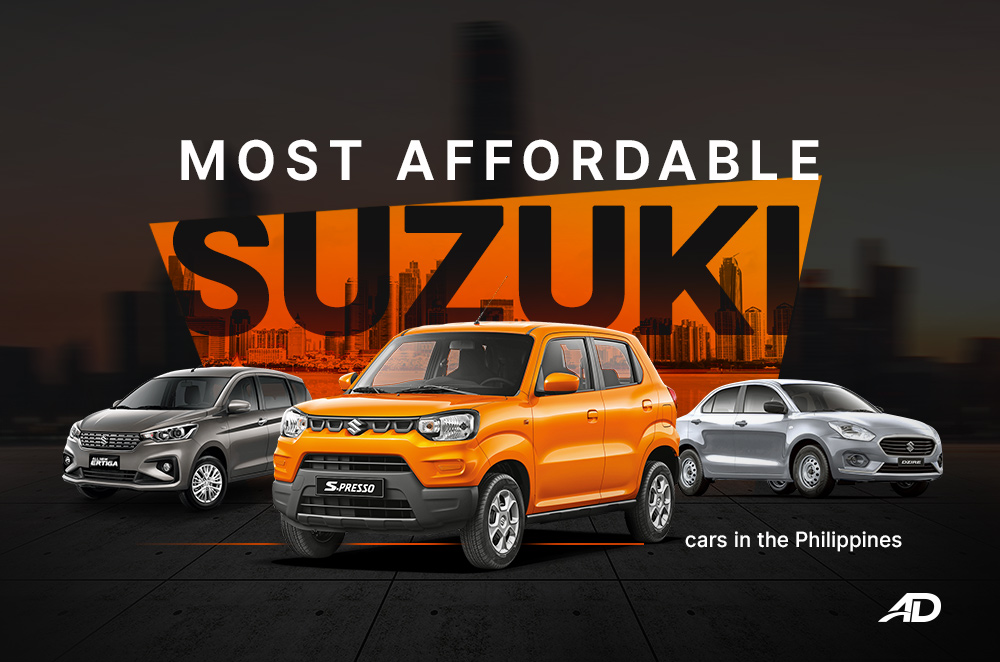 When it comes to providing affordable vehicle options in the Philippines, the Japanese automaker Suzuki is one of the go-to options in the country. It has a wide array of vehicles that come in a balanced package that is not only well equipped but also easy on the wallet thanks to their competitive pricing. With that said there are more affordable vehicles that Suzuki has to offer for those looking for a fuel-efficient commuter vehicle that will reliably get you from point A to point B. With that said here is a quick list of affordable vehicles in no particular order that Suzuki Philippines sells. 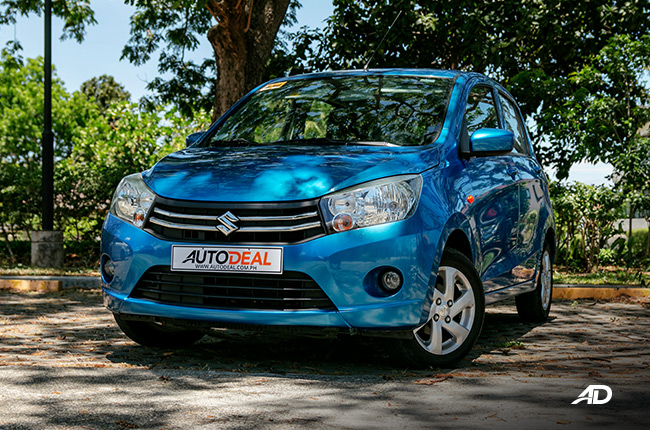 First up is the Suzuki Celerio, one of the older models in its segment the Japanese hatchback brings with it a compact form factor along with key features fit the vehicle well for its class. One trick the Celerio has up its sleeve is off-line navigation and an important feature to have especially if you’re in an area without a signal. That said, while it won’t be able to track traffic, it will be able to help you out when you need it. The Suzuki hatchback also comes with a frugal 1.0-liter gasoline engine that is mated to either a 5-speed manual or CVT. While not the most powerful vehicle in its segment, the 1.0-liter does a very good job of getting the Celerio going in the city and returning good fuel economy as well. With a price that is just below the P600,000 mark, the Suzuki Celerio in either its MT or CVT variant is a good choice for those looking for a reliable and fuel-efficient vehicle or their first car. An affordable sedan, that is also a great commuter vehicle. If you have a tight budget but still want a good mode of transportation that can also double as a family vehicle? Then look no further than the Suzuki Dzire. While its entry-level GA variant is relatively bare compared to its higher-tier counterparts, it does deliver well on the basics of being a vehicle. It’s comfortable for its price point and comes with amenities that are welcomed additions for its price. While there are no power windows, mirrors, or door locks, the vehicle is a great back to basics sedan. If you’re in the market for an affordable vehicle that isn’t tech packed and just works well then you might want to consider the Suzuki Dzire GA.

If you want an affordable commuter car that will get you from point A to B without any problems then look no further than the Suzuki Dzire in its GA trim level. While it comes with only a few features to its name it does come with a frugal 1.2-liter engine and dutifully fulfills the primary function of a car and that is as a mode of transportation. 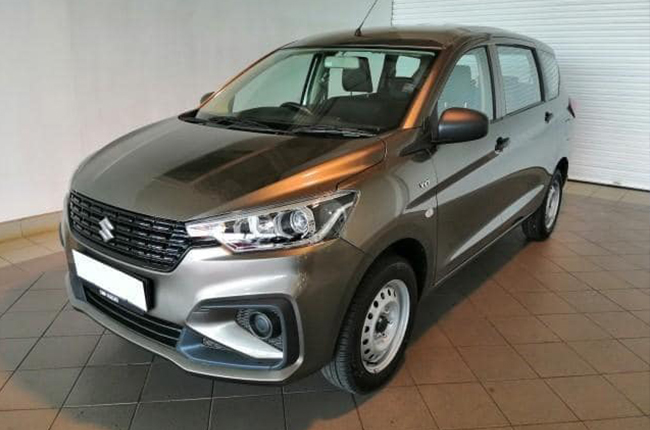 Another entry-level model to make it on the list is the Suzuki Ertiga GA. While it isn’t the most feature-rich for its price point it does give you a great vehicle to consider if you want to affordably bring 7-people around. The MPV gives you good space and a frugal 1.5-liter gasoline engine that will help you bring your family members around in a comfortable fashion. While it loses out on all the exterior bling that its much higher variants have, the Ertiga GA delivers well on the basics of being an MPV. It’s affordable, durable, and can adapt to multiple purposes if needed. Priced just below the P750,000 the Ertiga in its many variants already offers a lot even if you choose to go with the entry-level model. A veteran to the segment, the Suzuki APV is still on sale in the Philippines today. While not as diverse in terms of variants as it once was it still comes with a good value for money proposition. While it is an older model it still gets the basics right in the MPV segment as it comes with a 6-seater capacity. It delivers well in terms of space despite its size and comes with decent fuel economy figures as it comes with a 1.6-liter gasoline engine. While not the most powerful motor in the lineup it is still enough to get the MPV going as it produces 91hp and 127 Nm of torque. It sends its power to the rear wheels via a 5-speed manual transmission. If you want something that is tried and tested and is budget-friendly at a little below P600,000 for its base variant then you might want to consider the APV, a seasoned nameplate that gets all the basics right. The new kid on the block that is taking the segment by storm is the Suzuki S-Presso. It is one of the most affordable vehicles that the Japanese brand sells in the Philippines thanks to its attractive price point of a little over P518,000. You get what you pay for when it comes to the S-Presso as it features a touchscreen infotainment system along with a frugal 1.0-liter motor. While having technologically advanced features isn’t its strong point it does its job as a mode of transportation that can protect you from the elements. While only available with a manual transmission, it is still an ideal car for those looking to get their first vehicle or a second vehicle that won’t break the bank. When it comes to budget off-roading Suzuki has got you covered with its popular small SUV, the Suzuki Jimny. In its GL variant, the small mountain goat of an SUV still carries with it the same standard features found in the GLX model. Apart from a few minor differences such as its headlights, certain interior features, and paint options the GL is every bit as capable off-road as its higher trim level counterpart. It still carries with it the same 1.5-liter powerplant and transmission options from the range-topping variant as well as the same off-road system. If you want a budget-friendly off-roader then you might want to consider the Jimny GL. Priced at P1,055,000 the small SUV is a great choice for those looking for an affordable and off-road capable vehicle.