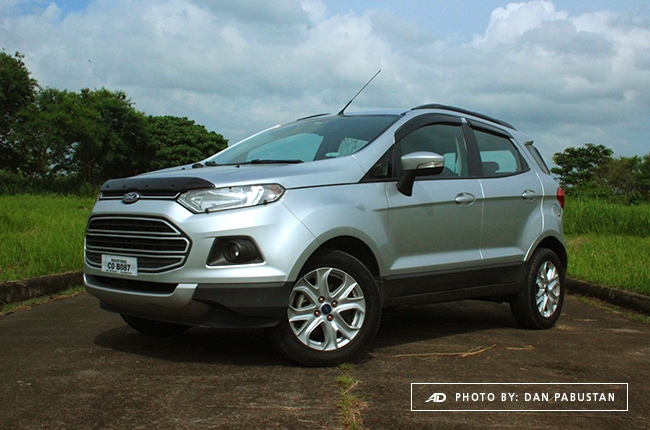 Ford Philippines has already updated the EcoSport, and it has received a warm welcome from both the online realm and the real world. It’s new, fresh, and the style offers more character as compared to the old version. It even got new gadgets inside that most have begged, which is a plus for this major facelift.

Well, thanks to Ford Philippines, I had a last-minute time spent with the late EcoSport model right before it left the market. I was invited to go out with the blue oval brand’s outgoing subcompact crossover for an exciting Maginhawa Food Crawl at Quezon City.

Related: Ever heard of Bambike? We took the Ford EcoSport to find out

The idea of food crawl is, in itself, already exciting. But, I wanted to add thrill so I set a number of personal challenges, which ware: to spend the whole day there; driving from parking space to the other; eat in at least three different restaurants; and don’t exceed my P1,500 budget. Not only did I have a great time with the food from Provenciano, Naughty Nachos, and RBCTY (Rib City), but I also had fun driving. Yes, you read that right. I did not regret driving hours from Laguna and through Quezon City’s traffic-jammed roads. I’d also say I was quite impressed driving the EcoSport over a hundred kilometers from Laguna to Quezon City. I did not mind the long drive, because you see, the thing with the EcoSport is the drive comfort. Driving for two and a half hours, while raining, was not an easy task but the car made it look like a no-brainer job. In addition, it’s considerably thrifty on fuel. You may have probably read my EcoSport review, where I broke down its fuel economy depending on driving discipline. An uncompromised SLEX trip under an average speed of 90 km/h would read at around 20.8 km/L. To sum up my entire experience, it is undeniable that the food crawl satisfied my cravings, but the day with the EcoSport also allowed me to savour an uncompromised driving experience. It was a bonus that I was able to complete my personal challenges; I did spend almost an entire day there, drove more than 30 minutes just to find a parking spot, and ate in three different restaurants within the given budget.

I can’t help but imagine how different would the experience turn out if it was the 2019 EcoSport – especially with the 1.0 Titanium trim, which has SYNC 3 technology featuring satellite navigation. I can already feel how convenient navigation would be, considering that I wouldn’t have to use my phone because the previous EcoSport model only has monochrome four-inch display. Even the lower-end 2019 variants get a nine-inch colored touchscreen, which is quite an upgrade from the late model.

At the end of the day, driving the old EcoSport model just made me more curious on how the 2019 model would feel like in terms of driving experience, functionality, performance, and tech-wise. I bet you, it would be another wonderful driving experience for food crawl or some other road trip cause. If you're ready to buy Ford EcoSport, you can reserve online!