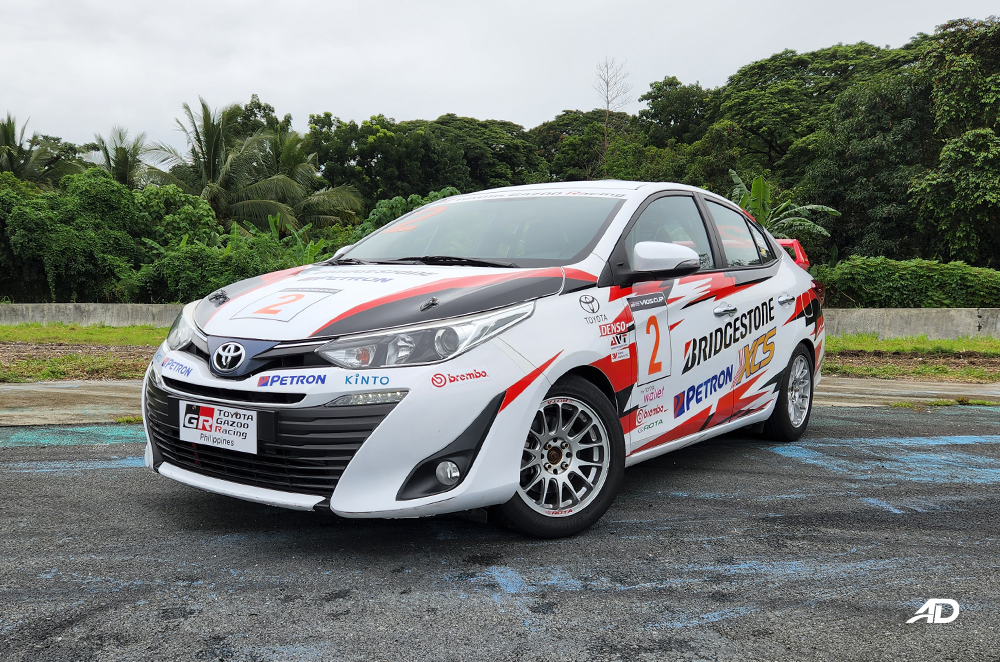 Toyota Motor Philippines recently invited us to its Gazoo Racing Festival for 2022 at the Clark International Speedway. There we got to hone our skills in racing in a safe environment with the best that Toyota had to offer. Toyota also showcased the brand’s local GR lineup, where together with Tuason Racing, we had a fun day at the track. First on our list was a quick briefing on racing fundamentals such as proper seating position, oversteer and understeer, and braking just to name a few. Right after that, it was straight to the autocross track where we would challenge ourselves against the clock. We had at our disposal several Vios cup cars which were spritely thanks to their modifications and easy to drive due to them all coming with CVTs.

There we would face a quick course consisting of a slalom, a 180-degree turn, and a slalom right into a stop box. In the brief few seconds we had during the autocross session, we all learned a lot about the Vios cup cars and how they handle quick changes of direction. Now, as car enthusiasts, we typically don’t like CVTs, don't get us wrong they are perfectly fine for what they offer in terms of fuel economy, but if you want to really wring out a car, they can tend to rob a bit of the fun. In this case, however, we were pleasantly surprised with the CVT, in the Toyota Vios cup cars as they emulated a manual transmission well when placed into manual mode. With time being a constraint for us due to the weather, right after autocross, we headed straight to a stint on track with following the leader. There we were able to experience a bit of how circuit racers attack CIS with the use of these cup cars at reasonable speeds. Toyota thankfully let us hit the triple digits in terms of speed, so, we were able to get a glimpse of how the cup cars handle at proper speeds. 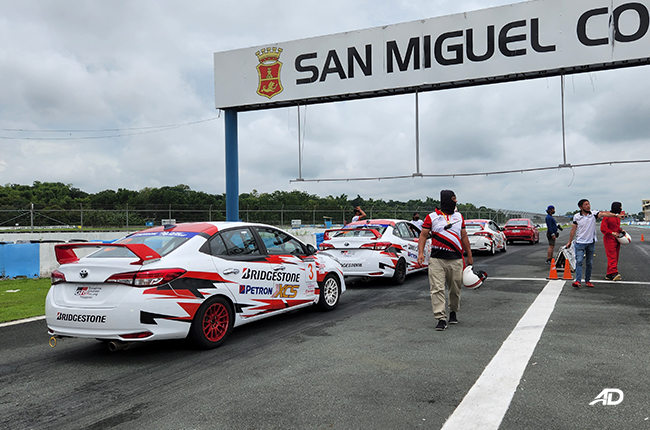 Right after this, it was time for the drag races as we were rushing to finish the activities before the clouds opened up with the rain. There we would test out how quick our Vios cup cars could be even when equipped with a CVT. We had two attempts to get our fast test times as we tested our reaction times and how the transmission could handle full throttle fun. 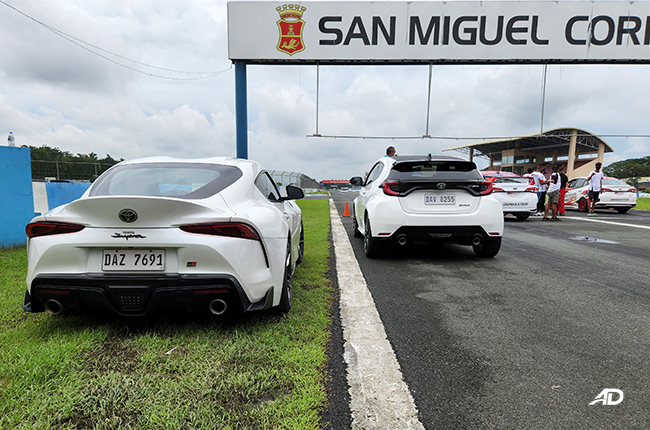 To end the track day, Toyota Philippines gave us the chance to shotgun with pro racing drivers around CIS with either the Vios cup car, the GR Yaris, or the Toyota Supra. Whichever one we chose we knew we were in for some fun especially with the GR Yaris as it proved to be a little monster in the corners with how many G-forces it could pull.

Overall it was an enlightening and enjoyable experience as we got to blow off a bit of steam and “tangal gigil” from the daily grind of normal driving. We got to hone our craft a bit when it comes to racing and we learned a few new skills while we were at it. Its was a fun experience and one even the regular driver would greatly benefit from if Toyota were to open this kind of event to the public.