In April 2022, Toyota Motor Philippines (TMP) launched the Veloz for the local market. Since then, we’ve been seeing an increasing number of this seven-seater subcompact crossover/MPV hybrid on our roads.

The Veloz seems to have hit a sweet spot for those who like the utility of the Avanza and the promise of a more inspired design. If you’re still on the fence on whether or not to get the Veloz, allow us to highlight five reasons we think the crossover is a standout in its segment. 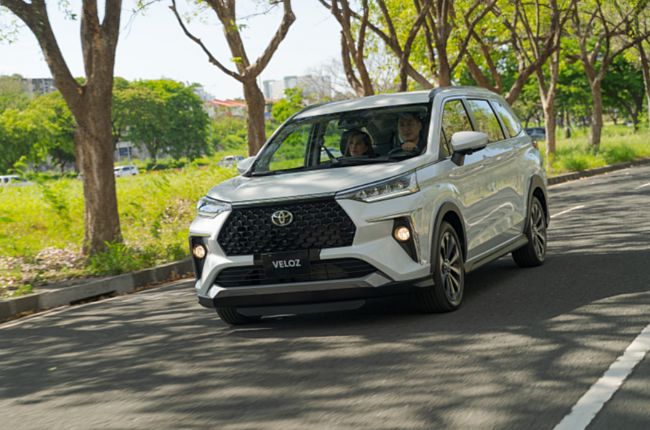 Many of us know that the Veloz borrows lots of elements from its sibling, the Avanza. Despite that fact, the Veloz manages to stand on its own as a distinct model. Yes, the Veloz shares its overall silhouette with the Avanza, but the former is 80 mm longer and 45 mm wider than the latter. Other similarities include the shape of the headlights and the fog lamp housings.

With that out of the way, we see that the Veloz looks better than its sibling by several orders of magnitude. It looks decidedly sportier and more premium. The front fascia, in particular, shines with a large, blacked-out honeycomb grille. The black and gray skid plate underneath does much to give the Veloz a rugged appearance.

At the sides, the Veloz features burly character lines and black cladding to reinforce its masucline look. The 17-inch two-tone alloy wheels are also pleasing to the eye, as are the integrated spoiler and matching skid plate out back. Overall, the Toyota Veloz is a striking vehicle that does enough to differentiate itself from the pack. It also comes in multiple colors, including Platinum White Pearl Mica, Purplish Silver Mica Metallic, Black Metallic, and Dark Red Mica Metallic. 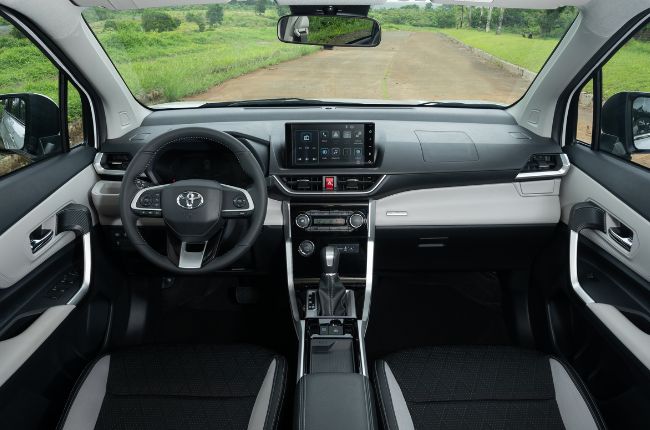 The Veloz also brought the premium look into its interior. While the overall layout definitely looks familiar, down to dashboard design and hard plastics, there are some interesting elements here.

Toyota gave this crossover a cabin with a mix of black fabric and leather, a gray roof, and white accents all around. The white elements stretch from the front seats to the door panels and even the center console. It makes for a cabin that's easy on the eyes and won’t tire out buyers anytime soon.

More than that, the seats on the Veloz, of which there are seven, all feature a diamond stitch pattern that adds a more premium feel to the crossover. While the Veloz doesn’t have the most luxurious interior around, it’s perfectly comfortable for daily driving and the occasional trip out of town. 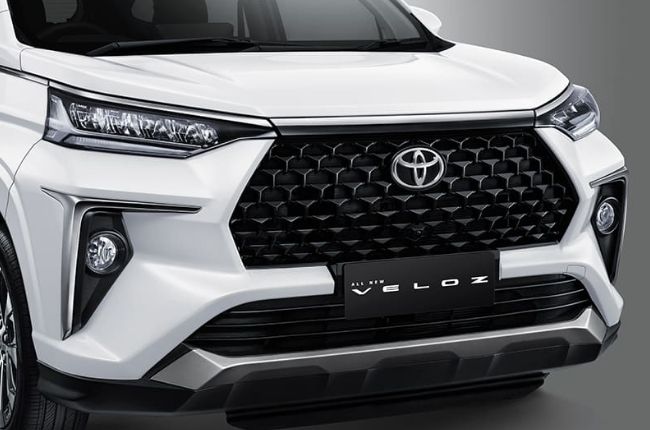 Let’s be real here. People buy Toyotas for their enduring nature and supreme reliability. The power plant on the Veloz fits that bill, as it’s a tried and true 1.5-liter 2NR-VE four-cylinder naturally aspirated gasoline engine. Rated at 105 hp at 6,000 RPM and 138 Nm of torque at 4,200 RPM, the Veloz won’t exactly have you holding on to your seat, but it’s more than capable to handle most tasks you throw at it.

With a CVT sending power to the front wheels, the Veloz offers smooth acceleration and enough torque to keep you on your toes. Of course, with proper maintenance, the motor on the Veloz can last you years and years with few to no problems at all. Very few seven-seater crossovers at its price point offer the tech and safety features the Toyota Veloz has. The main draw is Toyota Safety Sense (TSS), the Japanese brand’s answer to the market’s need for active safety features and driver-assistance systems.

On the Veloz, TSS means a pre-collision system, auto high beam, lane-departure alert, blind-spot monitoring, and rear cross-traffic alert. The latter two features are exclusive to the top model, however. Still, even on the lower trim level, TSS gives you additional peace of mind against unexpected driving conditions.

As for tech, the Veloz boasts goodies like an eight-inch or nine-inch touchscreen with Apple CarPlay and Android Auto, a six-speaker sound system, and a smart keyless entry with push-to-start ignition.

With how much tech it packs, one would expect the Veloz to come in at a price that’s out of reach for most people. As you’ll learn on our next point, Toyota’s newest crossover is available at a surprisingly and relatively affordable price. 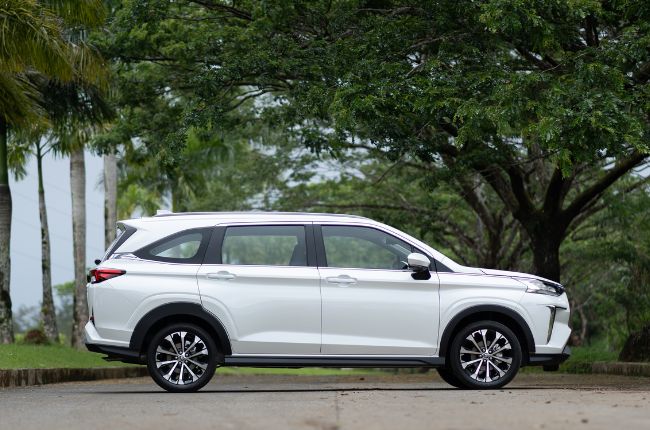 So, we’ve shown you most of what makes the Toyota Veloz a standout subcompact crossover in its segment. Naturally, the conversation now steers to price. How does it compare to its competitors?

The Geely Okavango, with its plentiful tech and more powerful mild hybrid engine, is available for P60,000 more at P1,285,000. Meanwhile, the Ford Territory with its five seats and bestseller status, is P85,000 more at P1,310,000 for the Titanium model.

You can compare the Veloz with any vehicle you want on our Car Guide. Overall, though, we believe with its looks, features, and price, the Toyota Veloz hits its mark and has the makings of another top-selling vehicle for Toyota.