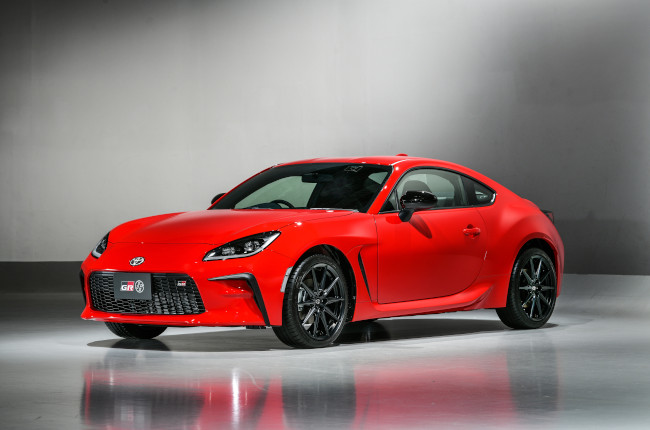 Toyota Gazoo Racing (TGR) has been on a roll lately with the GR Supra and the GR Yaris. We’re continuing to see that the most popular brand in the Philippines and the world can make cars that aren’t just your run-of-the-mill appliances. With these performance models in the lineup, Toyota is keeping its foot pinned on the accelerator going full tilt with its newest unveiling, the new GR 86, which is scheduled to launch in Japan in the 3rd quarter of 2021.

Still made in partnership with Subaru, the new pair of twins are share a similar overall design with manufacturer-specific design elements. The current-generation Toyota 86, was made to meet and/or exceed the expectations of consumers looking to enjoy driving. With a front-engine-front-wheel-drive layout, the 86 was a rarity in a market flooded with front-wheel drive platforms and models. Because of its sporting prowess, the model was often used in motorsports, rallies, and has been a popular platform for modification for many enthusiasts. Following the 2019 Toyota and Subaru business capital alliance, the GR 86/BRZ continues to be an example of the two companies’ commitment to one another. The images provided by Toyota are of the Japan-spec prototype of the 86, so the production variant could be similar in some ways and different in others. The exterior of the GR 86 bears a lot of similarities with the first generation 86. The low-slung stance coupled with a fastback design makes the car look fast even when sitting still. The rear is similar to the new Subaru BRZ, but the front bumper is unique to Toyota. With a GR-specific functional matrix grille, form follows function as it allows more air to reach the engine and cooling system in an aerodynamically tuned package. There are also gills on the side of the car that allow hot air to vent out of the engine bay. Positive pressure is introduced via the front grille, while the negative pressure allows hot air to escape via the vents.

It also looks like a set of projector LED headlamps will make an appearance on the GR 86. At first glance, it does look similar to the Corvette Stingray brought in by Chevrolet Philippines, but we’re not complaining. The rear lighting system is identical to the Subaru’s but also is somewhat reminiscent of the 9th generation Honda Civic, especially the coupe version only found in the states. Finally, rounding out the rear, we get twin exhausts that look like they came straight from the first generation. Not much has changed from the overall layout of the GR 86. It’s a no-frills cockpit that has everything you need and then some. While it may not be that luxurious, there’s almost nothing to distract you from driving. There is generous use of black plastics all around the cabin, but the suede or Alcantara seats are a nice touch. If they are as good or better than the old 86’s these will be a great pair that you might be hardpressed to swap out. There are, however, key updates such as the all-digital gauge cluster and what looks like a larger infotainment screen. It’s a nice upgrade from the old infotainment systems of Toyota, which were once upon a time, lifted from the 2006 Toyota Innovas back in the 2012/2013 year model 86, and then updated to a basic touchscreen system after a bit of time. Now, it looks more integrated into the dashboard and the car as a whole. 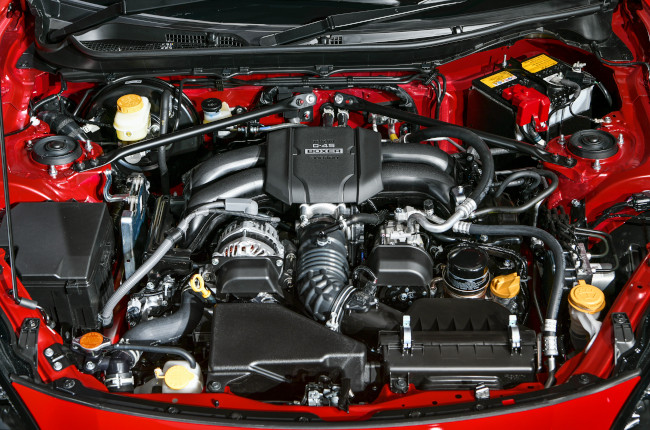 The prior 86 came with a 2.0-liter flat 4 boxer engine, which produced just enough horsepower to have fun. As the years passed, however, a lot of consumers were not too impressed by the acceleration and power of the 86, instead, resorting to the aftermarket for turbo kits and other power upgrades. There was a lot of clamor for a turbocharged 86/BRZ, but purists will argue that a turbo could shift the dynamics of the car by quite a bit. So Toyota and Subaru opted for a naturally-aspirated 2.4-liter flat 4 boxer instead. More displacement equals more power, and acceleration from 0-100 km/h is not rated at 6.3 seconds, over a full second down from the previous generation with a 7.4 second 0-100 km/h time. The engine produces 232 hp at 7,000 RPM, and 250 Nm of torque at 3,700 RPM.

The power is fed to a 6-speed automatic or 6-speed manual transmission, and the car rides on fully independent suspension with a MacPherson strut in the front and a double-wishbone set at the rear. All this is in a package that weighs just 1,270 kg, which is light by modern car standards.

Launch date and arrival in the Philippines? 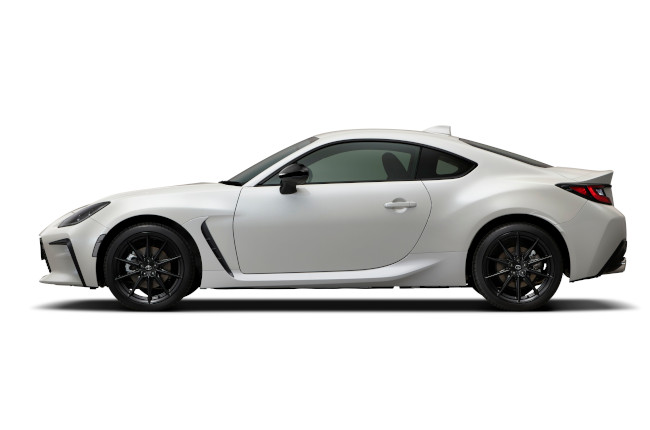 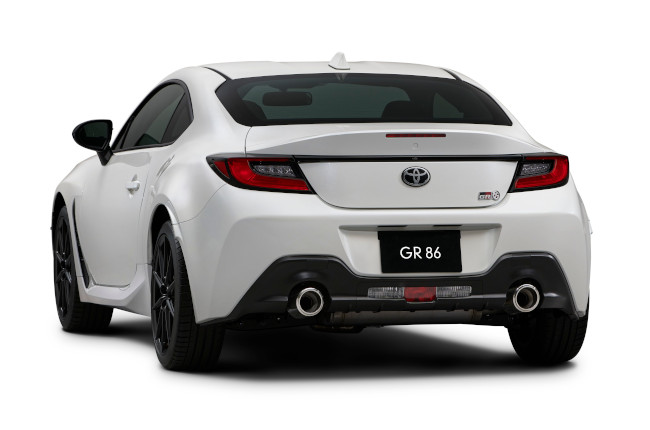 Japan will, of course, the be the first recipient of the new GR 86. Autumn of 2021 is the scheduled date for the Japanese Domestic Market (JDM). However, there is no news yet on the GR 86’s launch in other markets. We anticipate that left-hand-drive (LHD) models will come after the launch, and the west will have launch dates late this year or early next year. Following that, we expect that South East Asian countries will follow suit in 2022, but we could be proven wrong seeing as Toyota is closer to home, only time will tell.