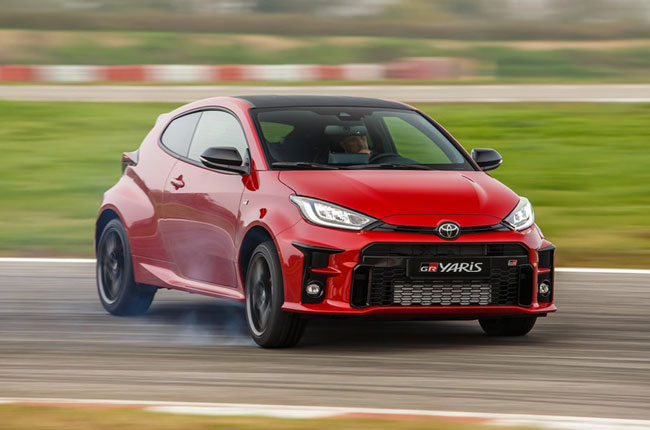 Toyota Philippines has confirmed the GR Yaris will be entering the local automotive market. The automaker made its announcement via its Toyota Gazoo Racing Philippines Facebook page, confirming that the model is slated to arrive soon. The Japanese automaker, however, did not give any further details as to when the exact date of the launch will be, along with the specifications that will be made available for the performance hatchback. That said, the GR Yaris should be similar in specifications to the models that are available in other neighboring ASEAN countries. 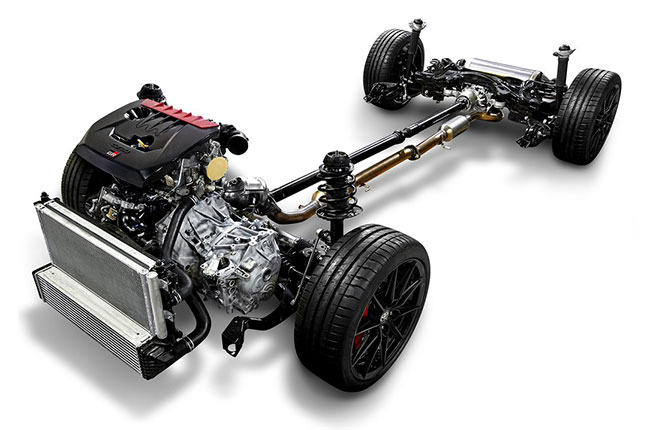 Unlike the regular Toyota Yaris that is available locally, the GR model comes with a new body and a more powerful engine under the hood. It also comes with an all-wheel-drive system, a feature that isn’t available in the local Yaris. On top of that, the performance hatchback also utilizes Toyota’s New Global Architecture (TNGA) to give the vehicle improved handling characteristics. Being a rally-ready vehicle and homologation spec vehicle, it already comes with the equipment needed to take on such a demanding task. Under the hood, the GR Yaris comes with a 1.6-liter turbocharged 3-cylinder engine gasoline engine that produces 272hp and 360 Nm of torque. However, a 261hp and 360 Nm of torque option power output is also another possibility for the vehicle. Even with these two options for power outputs, it is more than enough power to get the small hatchback up to speed in a short amount of time. Sending all that power to all four wheels is a 6-speed manual transmission, a sporty choice for an equally athletic and performance-oriented vehicle. 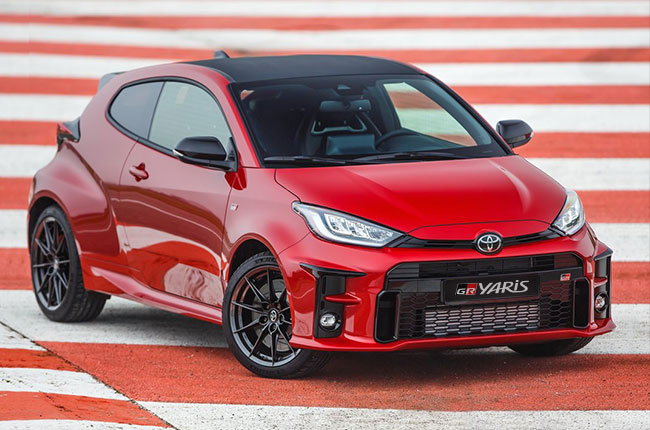 Depending on the configuration that Toyota Philippines brings in, the GR Yaris could come to the local market sporting 18-inch wheels and a big set of brakes. It is important to remember, however, that there are variants of the GR Yaris available in other countries that vary in specifications. In order to keep the vehicle competitive for the local market, the automaker could drop a few features. However, given that the hot hatchback isn’t supposed to be a segment leader, Toyota could equip it competitively to garner more sales despite a higher price point. 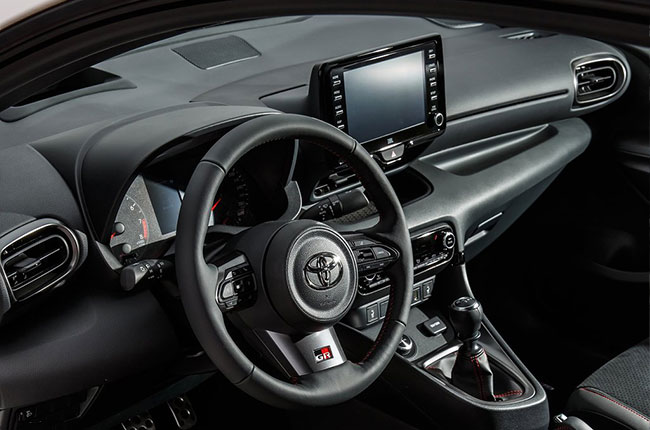 On the inside, we expect the soon-to-be locally available GR Yaris to be the same as with the ones available in other countries. This means that the hatchback could boast a large infotainment system that comes with Apple CarPlay and Android Auto. We also expect the seat material to be a mix of leather and Alcantara, and for red accent stitching to be found in the cabin.

Toyota Philippines has also revealed that the GR Yaris will be priced at P2,650,000 making the vehicle competitively priced for a homologation spec rally car for the road. This also puts in squarely against other all-wheel-drive performance vehicles and even a certain Japanese front-wheel-drive performance hatchback as well. Toyota states that it will also announce the launch date soon as well as reservation details for those who are interested.